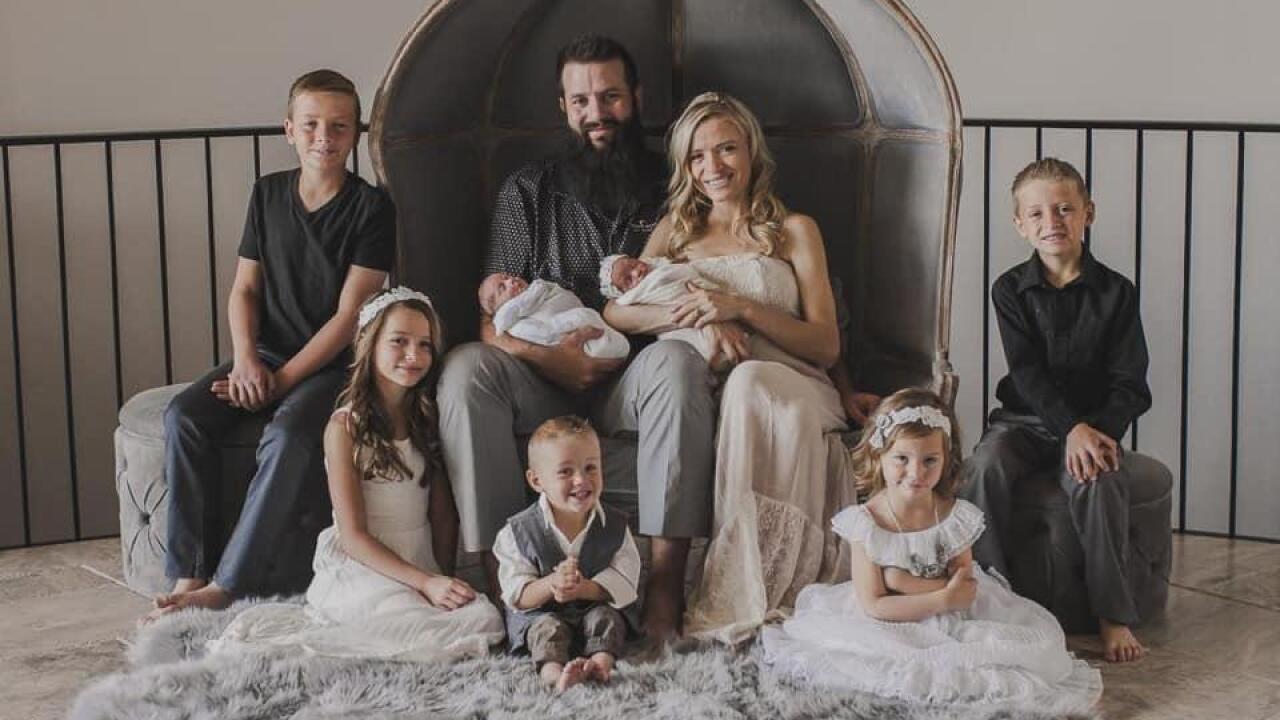 MEXICO CITY — Several people have been detained in connection with the murders of nine family members who were slaughtered by drug cartel gunmen in northern Mexico last month, according to the New York Times.

Officials say the suspects were detained after a joint operation involving Mexican armed forces and intelligence agencies. Authorities have not provided the suspects' identities or their connection to the murders.

Six children were found alive after the massacre, one child had a bullet wound and one child went missing. Of the children found alive, five were reported in stable condition and being treated at a Tucson hospital, according to family.

In a press release on their Facebook page, the Agency for Criminal Investigation said that one person was detained in possession of various assault rifles, including high-caliber weapons, near Aguaprieta, in the state of Sonora. The suspect was found with two hostages tied and gagged, the agency said. The statement did not specify the sex of the suspect.

RELATED: Arrest made in connection with slain American family in Mexico

Alex LeBaron, who says he lost family members in the attack, told CNN that three vehicles were targeted, taking the lives of three women, four small children and two infants.

"Women and children (between 14 years old and 10 months) were massacred, burnt alive. Mothers were screaming for the fire to stop," he said. "We are a very tight knit community, we share everything that's happening. We've been dealing with this tragedy since early yesterday. We share all information within our family groups."

LeBaron said seven injured children were flown a few hours ago from Mexico to Douglas, Arizona, for transport to Tucson hospitals.

The slaughter of U.S. citizens on Mexican soil quickly became an international issue, with U.S. President Donald Trump tweeting, "This is the time for Mexico, with the help of the United States, to wage WAR on the drug cartels and wipe them off the face of the earth."

President Andres Manuel Lopez Obrador refused that approach, saying at a news conference, "The worst thing you can have is war."

"We declared war, and it didn't work," Lopez Obrador said, referring to the policies of previous administrations. "That is not an option."

Still, it was the second failure in recent weeks for Lopez Obrador's "hugs not bullets" anti-crime strategy.

Several weeks ago, Mexican troops had to release a drug lord after his supporters mounted armed attacks in Culiacan, Sinaloa.

"The United States stands ready, willing & able to get involved and do the job quickly and effectively," Trump tweeted. "The great new President of Mexico has made this a big issue, but the cartels have become so large and powerful that you sometimes need an army to defeat an army!"

A relative said the victims lived in the hamlet of La Mora in Sonora state, a decades-old settlement founded as part of an offshoot of The Church of Jesus Christ of Latter-day Saints. La Mora is about 70 miles south of Douglas, Arizona. Many of the church's members were born in Mexico and thus have dual citizenship.

The group was attacked while travelling in a convoy of SUVs. The relative asked not to be named for fear of reprisals.

The relative said he had located the burned-out, bullet-ridden SUV containing the remains of his nephew's wife and her four children -- twin 6-month old babies and two other children aged 8 and 10.

"The mafia vehicles got her and four of her kids, and then set their vehicle on fire, burnt them to a crisp," said the relative.

Two women and two other children were later found dead. "Some of the Mormon leaders have been critical of the drug and human trafficking trade. I don't know if this has any relationship whatsoever to that," said Biggs. "We don't know what caused this. But I can just tell you it's enraging."

"A wonderful family and friends from Utah got caught between two vicious drug cartels, who were shooting at each other, with the result being many great American people killed, including young children, and some missing," Trump wrote.

Durazo said the Sinaloa cartel had an important presence on the Sonora said, but that a rival cartel was trying to invade the territory from the Chihuahua side.

The relative said he saw cartel gunmen gathered about a mile away after the ambush. "The cartels from Sonora, there were probably 50 or 60 of them, armed to the teeth."

He also posted that six of his aunt's children had been left abandoned but alive on a roadside.

It would not be the first time that members of the break-away church had been attacked in northern Mexico, where their forebears settled -- often in Chihuahua state -- decades ago.

In 2009, Benjamin LeBaron, an anti-crime activist who was related to those killed in Monday's attack, was murdered in 2009 in neighboring Chihuahua state.

Another family member, Daniel LeBaron, says Rhonita’s check book was found a few hundred yards from the vehicle. He says that might indicate that the vehicle was searched through before the fire.

"There is a lot of evidence that once they knew there was children and women they continued their attack,” said Daniel LeBaron. "Something needs to change because the way things are going it's absolutely getting worse and these groups need to be labeled as 'criminal terrorism' which is exactly what it is.”

Sen. Mitt Romney says he's been briefed on the slaying of nine U.S. citizens in northern Mexico and calls it "a great tragedy" and something "really unthinkable."

The Republican from Utah said Tuesday that the attacks were probably "associated with the business of the cartels" rather than a targeted attack on the U.S.-affiliated religious community.

He said he agrees with President Donald Trump that "Mexico has to really knuckle down and go after some of these cartels and stop this escalating level of violence."

The victims are members of a faction that long ago broke away from The Church of Jesus Christ of Latter-day Saints and some have family ties in Utah.

Romney's own father was born in a similar but different group in northern Mexico. He said he doesn't know any of the people involved.