Arrest made in connection with slain American family in Mexico 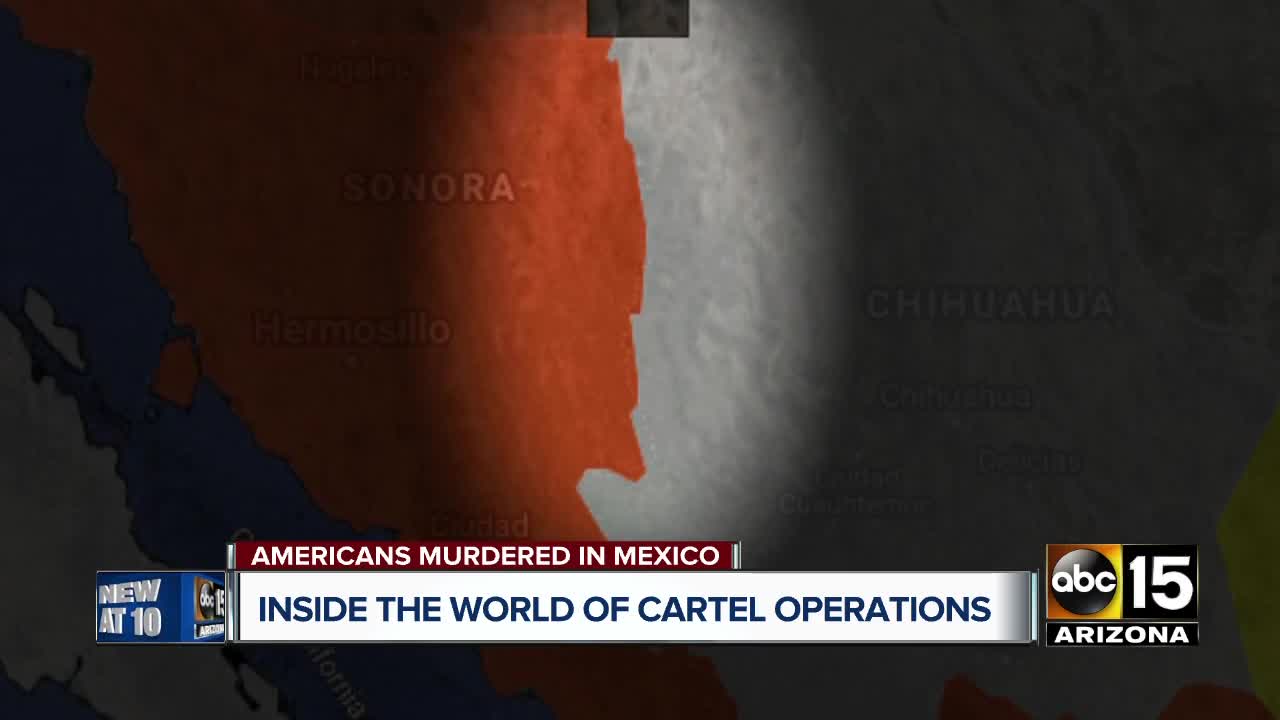 Inside the world of cartel operations. 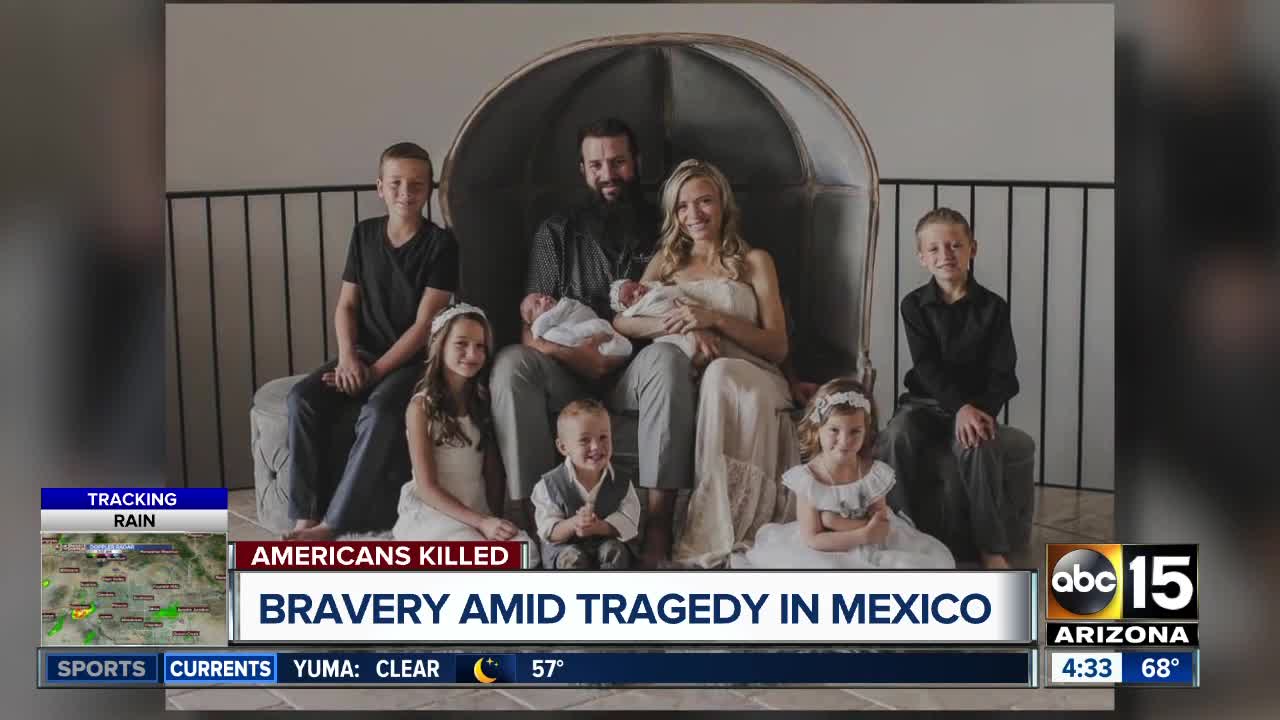 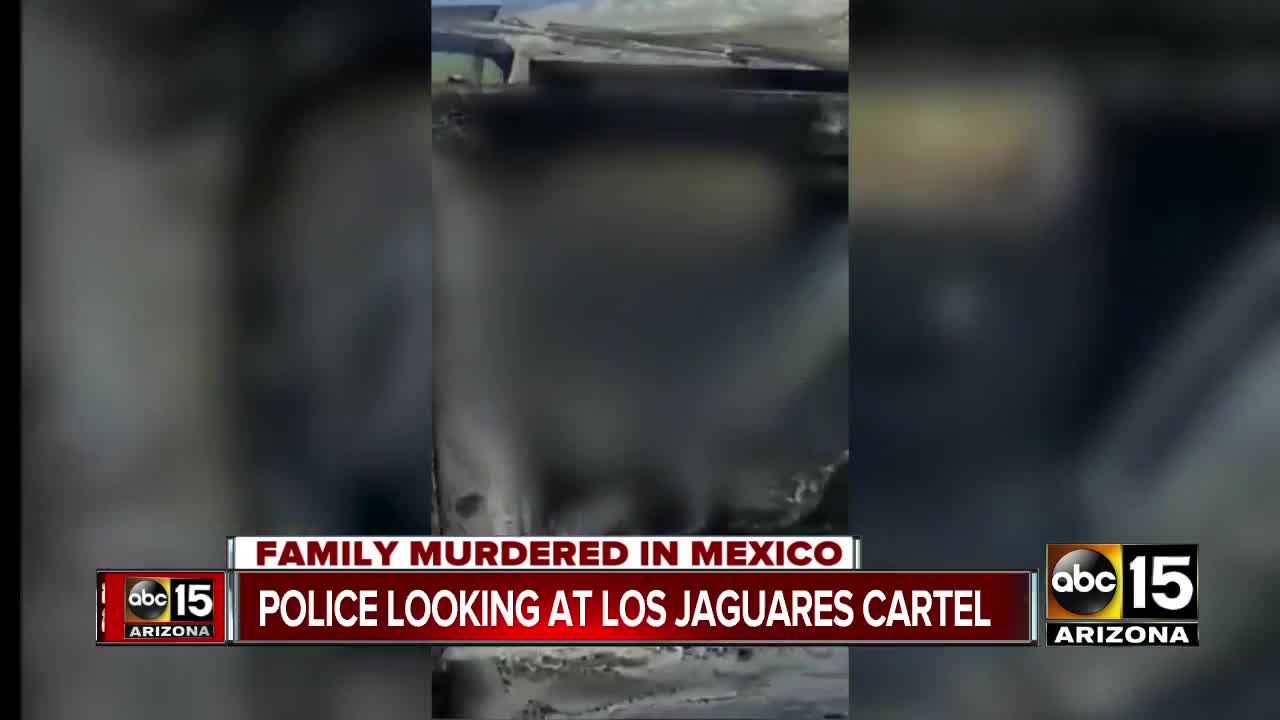 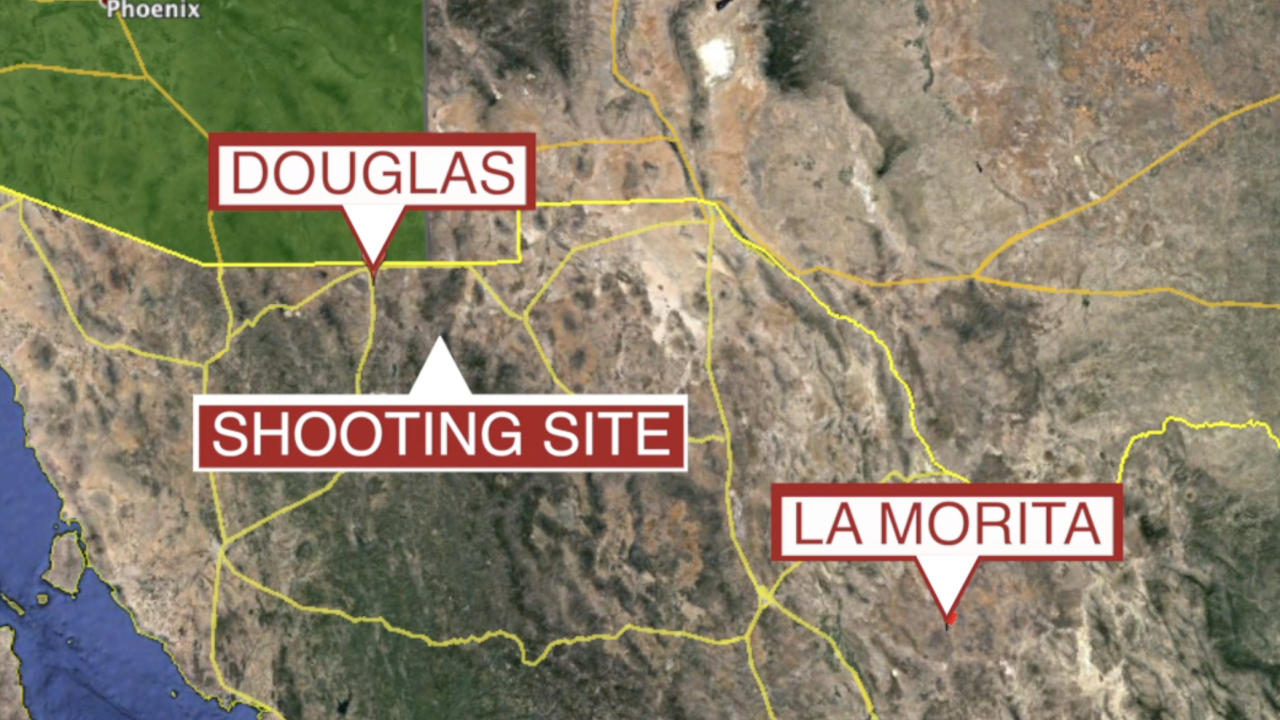 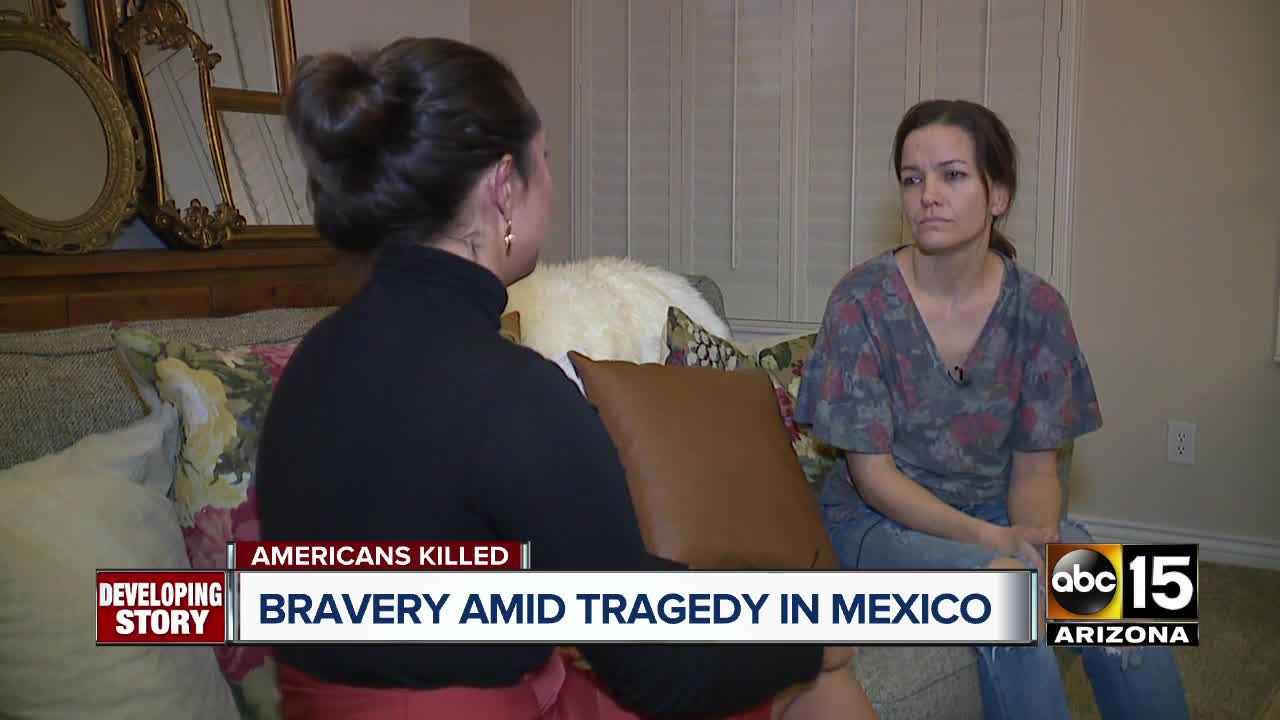 SONORA. MEXICO — UPDATE: Mexican officials say a suspect who was arrested in the border city of Agua Prieta with assault rifles was not involved in the killing of three American women and six children, according to AP. Click here for the latest updates.

-------- Our original story is below ----------
A suspect was arrested in the investigation into the deaths of nine members of a Mormon family that was traveling in the Mexican countryside near the U.S. border, investigators for the state of Sonora said Tuesday.

In a press release on their Facebook page, the Agency for Criminal Investigation said that one person was detained in possession of various assault rifles, including high-caliber weapons, near Aguaprieta, in the state of Sonora. The suspect was found with two hostages tied and gagged, the agency said. The statement did not specify the sex of the suspect.

In an interview with Imagen Radio de Mexico, the chief prosecutor of the neighboring state of Chihuahua, Cesar Peniche Espejel, confirmed the arrest but could not confirm details of the operation. "We are awaiting more information before making an official declaration," he said.

Peniche Espejel also said they thought a recently-formed group known as "The Jaguars" -- an off-shoot of the Sinaloa Cartel -- could be behind the massacre. The group has been involved in a territory war with rival cartels, including La Linea and Jalisco. Earlier in the day, a U.S. official said one of the cartels authorities were focusing on for possible involvement in the attack was La Linea.

The dead included 8-month-old twins. Eight youngsters were found alive after escaping from the vehicles and hiding in the brush. But at least five had gunshot wounds or other injuries and were being treated in the U.S., where they were listed as stable, officials and relatives said.

One woman was killed after she apparently jumped out of her vehicle and waved her hands to show she wasn't a threat, according to family members and prosecutors.

Mexican Security Secretary Alfonso Durazo said the gunmen may have mistaken the group's large SUVs for those of rival gangs.

The bloodshed took place Monday in a remote, mountainous area in northern Mexico where the Sinaloa cartel has been engaged in a turf war. The victims had set out to visit relatives in Mexico; one woman was headed to the airport in Phoenix to meet her husband.

While a drug-related violence has been raging for years in Mexico, the attack underscored the way cartel gunmen have become increasingly unconcerned about killing children as collateral damage. Around the ambush scene, which stretched for miles, investigators found over 200 shell casings, mostly from assault rifles.

"Lately it's getting worse. This is a whole new level," said Taylor Langford, a relative of the dead who splits his time between the Mexican community and his home in the Salt Lake City suburb of Herriman, Utah.

In a tweet, President Donald Trump offered to help Mexico "wage WAR on the drug cartels and wipe them off the face of the earth." But Mexican President Andres Manuel Lopez Obrador rejected that approach, saying his predecessors waged war, "and it didn't work."

The victims lived in Sonora state, about 70 miles (110 kilometers) south of Douglas, Arizona, in the hamlet of La Mora, which was founded decades ago by an offshoot of The Church of Jesus Christ of Latter-day Saints. Many La Mora residents call themselves Mormons but are not affiliated with the church.

A number of such American farming communities are clustered around the Chihuahua-Sonora state border. Many members were born in Mexico and have dual citizenship. While some of the splinter groups were once polygamous, many no longer are.

All of the victims were apparently related to the extended LeBaron family in Chihuahua, whose members have run afoul of the drug traffickers over the years. Benjamin LeBaron, an anti-crime activist who founded neighborhood patrols against cartels, was killed in 2009.

"My younger boys went to school with two of those boys. They found out in school what had happened," said Brent LeBaron, a relative who was working construction in Montana when he received the news. "It was heartbreaking to hear their cries and sadness."

Prosecutors said the woman who waved her arms, Christina Langford Johnson, was found 15 yards (meters) away from her Suburban van, shot to death. Her 7-month-old daughter, Faith Marie Johnson, was discovered uninjured in her car seat.

Kendra Miller, a relative, wrote that the baby's car seat "seemed to be put on the floor by her mother to try and protect her. ... She gave her life to try and save the rest."

A short distance away, Dawna Ray Langford, 43, lay dead in the front seat of another Suburban, along with the bullet-riddled bodies of her sons, ages 11 and 2.

Of the children who escaped, one had been shot in the face, another in the foot. One girl suffered gunshot wounds to her back and foot.

Cowering in the brush, one boy hid the other children and then walked back to La Mora to get help. Another girl, who was initially listed as missing, walked off in another direction, despite her gunshot wounds, to get help.

A group of male relatives set out to try to rescue the youngsters but turned back when they heard gunfire ahead.

A relative of the dead who did not want his name used for fear of retaliation said in an interview that when they finally made it to the scene where the ambush started -- about 11 miles (18 kilometers) from where the two other mothers were killed -- they found a burned-out Chevy Tahoe.

Inside, they saw the charred remains of Rhonita Miller, 30, her 10-year-old daughter, a son, 12, and her 8-month-old twins. They were "burnt to a crisp," the relative said.

The gunmen had riddled the vehicle with dozens of bullets and apparently hit the gas tank, causing it to explode.

"When we were there, the cartels from Sonora, there were probably 50 or 60 of them, armed to the teeth, about a mile on this side," said the relative.

Aaron Staddon, a relative living in Arizona, said the five wounded children were recovering at a hospital in Tucson, Arizona, and that the one who was shot in the jaw would require extensive plastic surgery.

Trump tweeted that a "wonderful family" got "caught between two vicious drug cartels."

He said the U.S. "stands ready, willing & able to get involved and do the job quickly and effectively," adding, "The cartels have become so large and powerful that you sometimes need an army to defeat an army!"

But Mexico's president said: "The worst thing you can have is war."

Mexican Foreign Secretary Marcelo Ebrard, who visited the site of the attack, said Mexico was sharing information about the case with the FBI.

It was the second failure in recent weeks for Lopez Obrador's "hugs not bullets" anti-crime strategy. Two weeks ago, Mexican forces seized a son of imprisoned drug lord Joaquin "El Chapo" Guzman but had to release him after cartel henchmen launched a furious counterattack in Culiacan, Sinaloa.

Prosecutors on Tuesday said a suspect was detained near Agua Prieta, but it was unclear whether the person had taken part in the ambush. The suspect had assault rifles and a .50-caliber sniper rifle and was holding two bound kidnap victims, authorities said.

The 2009 killing of Benjamin LeBaron marked a watershed in Mexico's 2006-12 drug war. Gunmen tortured him in front of his family, then killed him and his brother-in-law.

But those killings -- which sparked a further crackdown on cartels -- also showed how much worse things have become: No children were killed back then.

In August in Chihuahua, cartel gunmen fired 123 bullets at a man and also killed three girls, ages 4, 13 and 14.

Taylor Langford said after Monday's bloodshed: "I would like to see the government actually step in and do something about the cartels rather than back down every time they wave their guns at us."