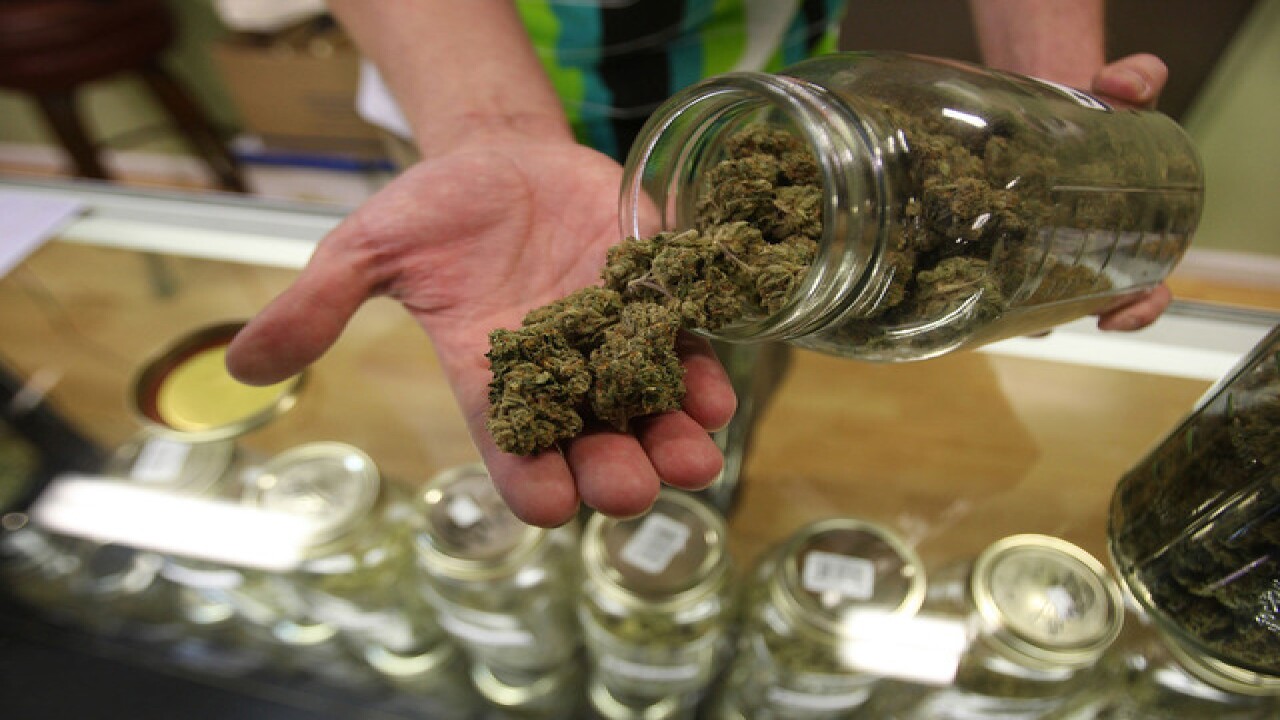 The war of words ramped up between the two groups battling over the legalization of recreational pot in Arizona.
Both sides unveiled new advertisements on Monday. "No on Prop 205" placed several hundred yard signs across the state showing the similarities in THC-laced edibles and regular food. Pro-pot camp "Yes on 205" erected another digital billboard, pointing out the the $500,000 donation from Insys Therapeutics to "Arizonans for Responsible Drug Policy."
Insys is a Chandler-based company which manufactures a sublingual spray form of the painkiller Fentanyl.
"Insys is a company that is doing this the right way," Adam Deguire, "No on Prop 205" campaign manager, said. "I think this is simply a diversion. We're very public on the donations were getting."
The "Yes to 205" billboard reads: Reefer Madness 2.0. Paid for with profits from opioid sales, referring to new television advertisements which claim marijuana has been nothing but a problem for Colorado and its schools. "Yes on 205" deputy campaign manager Carlos Alfaro said Insys has a vested interested in making sure the law doesn't pass. "It hits their bottom line, that's the reason they're doing this," Alfaro said. "So the opposition is taking money from shady businesses and big pharma and putting it against marijuana legalization because they know it will decrease their profits because people get off of opioids because of marijuana."
A recent study published in JAMA Pediatrics, an arm of the American Medical Association, showed child ingestion and exposure cases spiked in the first year recreational marijuana was legalized in Colorado, with half the cases involving edibles. "There's a 600 percent increase in accidental ingestion where recreational marijuana is legal," Deguire said.
Alfaro said legalizing cannabis would put the underground market out of business, making it harder for children to get their hands on marijuana. Colorado Springs Mayor John Suthers was in Phoenix last month to dispute that claim, saying the black market got worse after pot was legalized there.
Voters will decide on the initiative November 8.
Copyright 2016 Scripps Media, Inc. All rights reserved. This material may not be published, broadcast, rewritten, or redistributed.