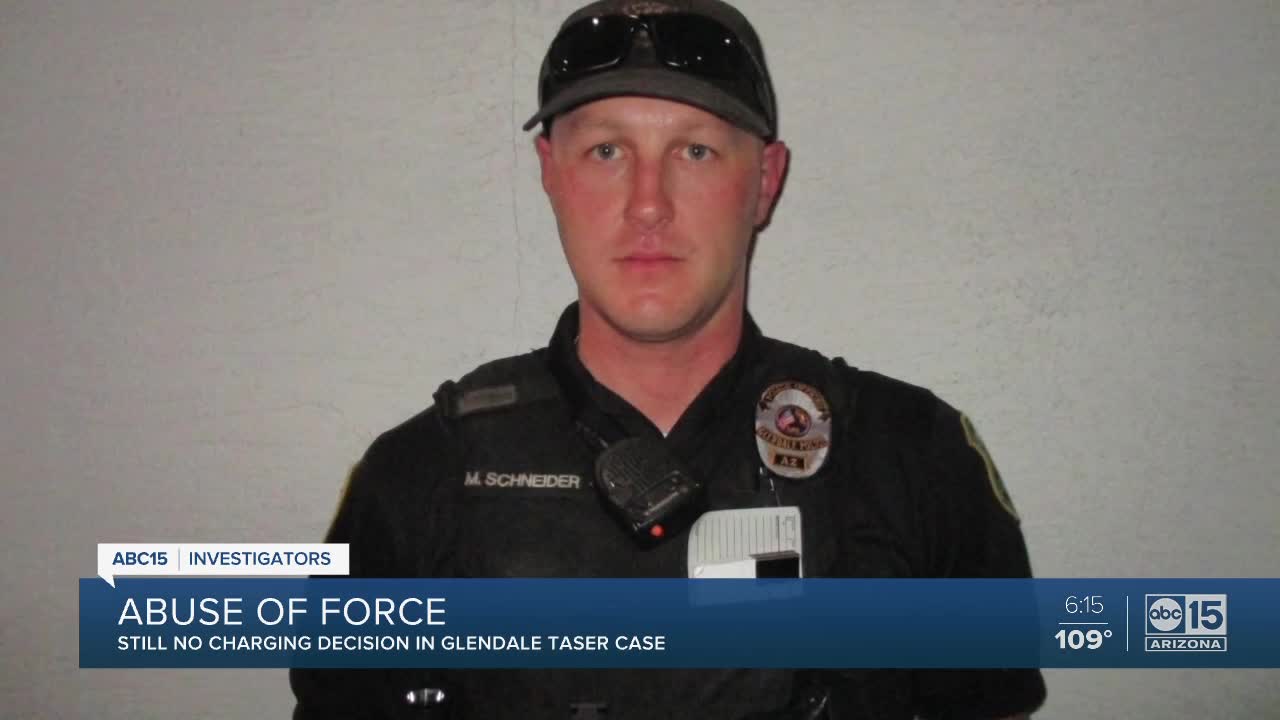 Still no decision in a Glendale taser abuse of force case years later, so why the delay? 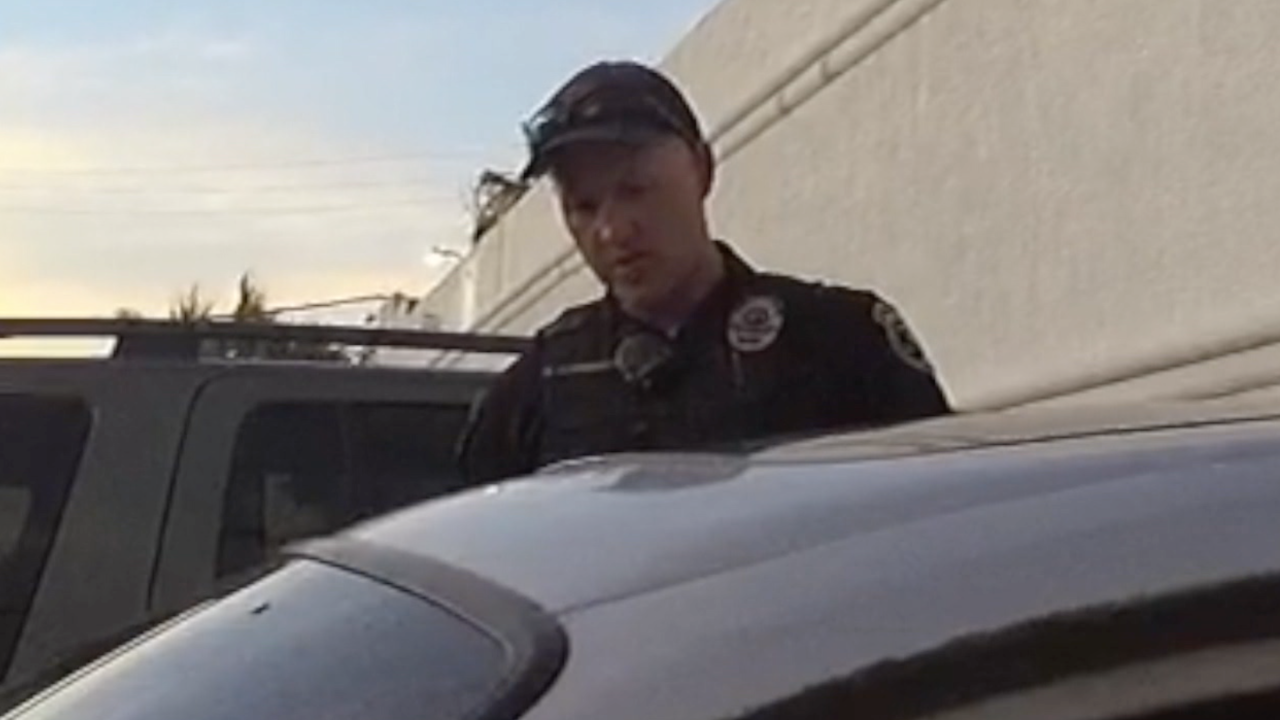 GLENDALE, AZ — Federal prosecutors confirmed they have received a criminal case against a former Glendale Police officer who is accused of lying about a traffic stop and tasering a handcuffed man in the groin, but have not yet made a charging decision.

The United States Attorney’s Office for the District of Arizona declined to comment further on the status of the case against Matthew Schneider.

The FBI opened a criminal and civil rights investigation more than a year ago on February 11, 2019.

The case began the business day after an ABC15 investigative report revealed body camera footage from a troubling 2017 incident involving Schneider and other Glendale officers.

The potential criminal charges have tied up a civil lawsuit in the matter and police certification proceedings. It’s not clear how long federal prosecutors have had the case.

In December, civil defense attorneys for Schneider and the City of Glendale told a judge that the court should assume the United Stated Department of Justice will criminal charge Schneider. The defense has used the looming charging decision to delay Schneider’s deposition, which has been rescheduled 8 times.

“It is anticipated that a charging determination will be made in the near future,” wrote Joseph Popolizio, one of Glendale’s outside attorneys. “Accordingly, for the purpose of this Motion, Officer Schneider’s counsel and the court should presume that Officer Schneider will face criminal charges arising out of the same underlying incident as this civil proceeding.”

While the U.S. Attorney’s Office declined to provide specifics about the delay with finalizing a charging decision, former federal prosecutors told ABC15 there are likely a couple of reasons.

One could be that prosecutions against police officers often require approval beyond the district office from the Department of Justice in Washington. Another is Schneider’s defense counsel could be negotiating terms of a plea deal in advance of an indictment.

In July 2017, Schneider and other officers repeatedly tasered Johnny Wheatcroft, who was the passenger in a vehicle stopped for an alleged blinker violation.

Multiple independent law enforcement experts, who reviewed the incident, said Schneider’s conduct was unlawful and one of the most cruel and troubling cases of police misconduct they’ve ever seen. But after an internal investigation, Glendale suspended Schneider for three days.

The officer, who was one of Glendale’s top arrest leaders, has been suspended or disciplined by the city at least six times, according to his personnel file.

Schneider is no longer on the job.

Details about the nature of his disability are confidential.