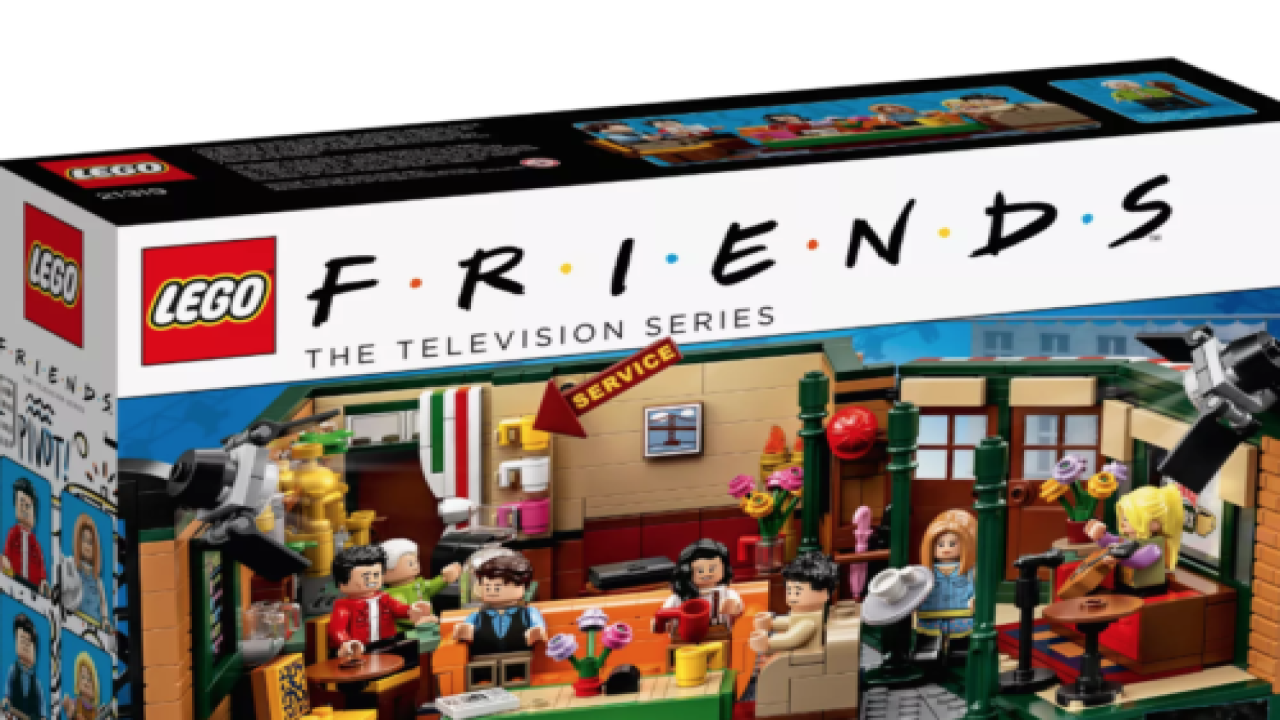 The one with all the Lego bricks. What? You missed this episode of “Friends”? Well, don’t worry, the episode never actually aired, since we just made it up. But you can get your hands on your very own set of “Friends”–themed Lego bricks very soon.

Lego is releasing the Lego Ideas Central Perk set on Sept. 1, so you don’t have to wait much longer before you can bring all your buds home. In addition to the key characters, the set also includes enough bricks to build your own coffee shop where it all started. There’s a big orange sofa, an armchair, a table, a cookie jar, coffee cups, and a menu board to set the java-friendly scene.

The set even includes a mini Gunther figure with a broom to keep the coffee shop tidy. He was there for so many big moments, and Central Perk would not be the same without the quirky platinum-haired barista behind the espresso machine.

A loyal “Friends” fan will note many clever details among the 1,070 total pieces. Ross has his keyboard, made of Lego bricks and perfect for producing a new “sound.” Rachel has a tray and coffee cup, so this set goes way back to the beginning and her waitress days. Monica has a muffin, because she’s always whipping up something delish in the kitchen. Joey has a whole pizza box, and maybe by now he’s learned how to share? He also has a man-bag, because of course he does.

Chandler has his laptop, to complete his super important work that everyone totally understands. Phoebe is armed with her guitar, always ready to lead a sing-along.

The “Friends” set costs $59.99 and will be available Sept. 1 at shop.lego.com. One extra-cool fact: the set was a result of a user-submitted proposal that got enough votes to become an actual Lego product. The idea has actually been in process since about 2016, when user Mric76 submitted the design. After getting enough supporters, his idea went to the next stage and was officially approved for production in February 2019.

If you can’t bear to wait until next month, you can add some “Friends” flavor to your home right now by shopping the Pottery Barn Friends collection. The pieces range from quotable coffee mugs to a real-life apothecary table.

Now, your “Friends” can live on outside your TV, too. Could we be any more excited?