Zinqué, a French-inspired bistro, looking to open in November at Scottsdale Fashion Square 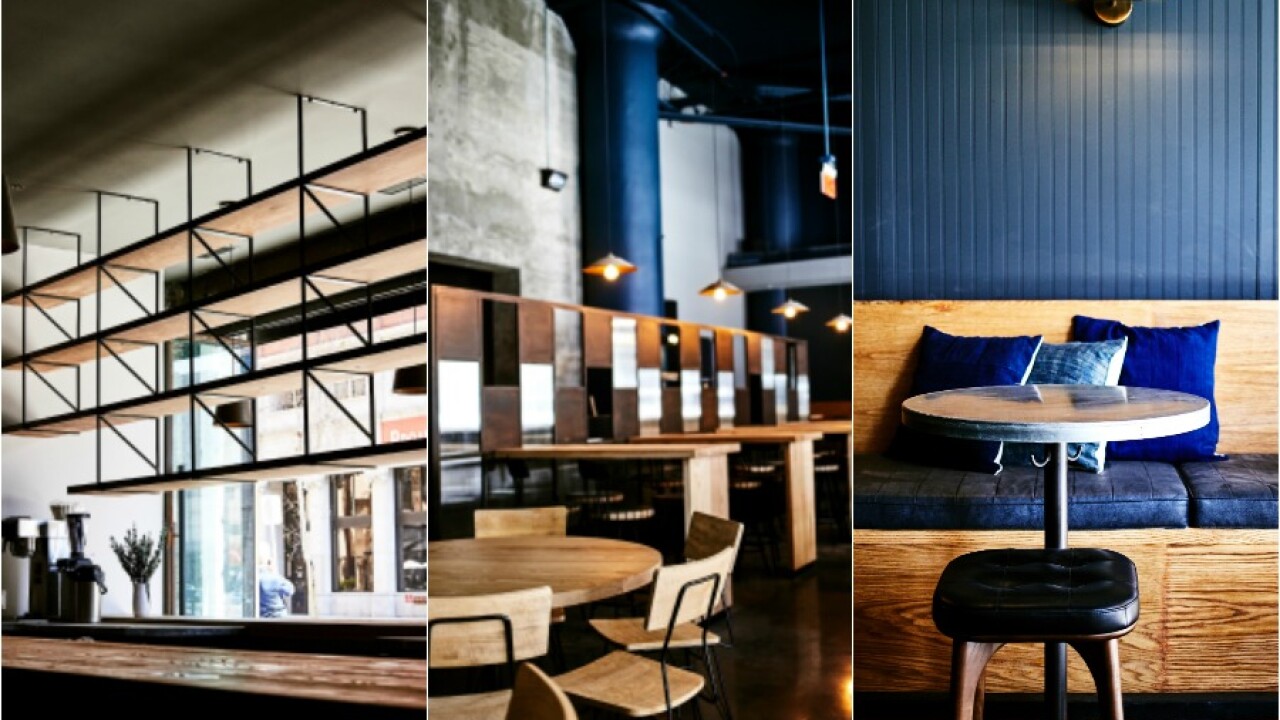 SCOTTSDALE, AZ — When it comes to mid-shopping snack breaks or Friday night dinners, shoppers at Scottsdale Fashion Square have quite a few new places to try. Ocean 44, Tocaya Organica, Toca Madera, Pokitrition, Mia Pasta, and Rewind Ice Cream + Tea have all opened within the last year, most within the last few months.

While Nobu and Farmhouse are not expected to open until next year, and Giada's restaurants at Caesar's Republic Scottsdale not until 2021, the owners behind Zinqué, a French-inspired concept, Emmanuel and Kristin Dossetti said their restaurant and bar is expected to open soon -- really soon.

An opening date has not yet been set while they wait for some final permits, but the goal is to open before the end of the month.

It will be located outside the mall's so-called luxury wing next to Tocaya Organica.

Here is what to expect.

Emmanuel describes Zinqué (pronounced zinc-kay) as a neighborhood bar where people can stop by at anytime of the day for coffee and a pastry, a mid-day lunch, or for dinner and drinks. He said he came up with the idea because his neighborhood in Venice Beach did not have a neighborhood bar and thought it needed one.

"I just wanted to have a bar in our neighborhood that would remind me of the bars and restaurants in Paris, France where you go in the morning and sit down at the counter and order coffee, croissant, and orange juice. And then you come back to same place for lunch or dinner and always see the same people," he said in an interview with ABC15 last week.

While most may know zinc from the periodic table of elements, in France, the term is also commonly to describe a neighborhood bar, said Emmanuel. "We added an accent to make it a little more fun," said Kristin Dossetti, co-owner of the restaurant and Emmanuel's wife. Thus, Zinqué was born.

Their first restaurant opened in 2008 in Venice Beach. Since then, others have opened in West Hollywood, Newport Beach, downtown Los Angeles and San Diego.

Kristin describes the vibe as "industrial chic." The Scottsdale restaurant clocks in at 2,930 square feet and will have a dining room, wine bar, a semi-private dining room, and an outdoor patio with a fireplace and a 22-year-old, 30-foot oak tree from Moon Valley Nursery as its centerpiece.

"It’s elegant, but really come as you are," she said.

In terms of the menu, the restaurant will be open for breakfast, brunch, lunch, dinner, and late-night cravings. Kristin calls it a "lighter take" on French cuisine.

Breakfast dishes include a zucchini egg white frittata bowl, a breakfast sandwich, and an array of pastries and tarts. Diners will find burgers, frites (fries), salads, sandwiches, tartines (an open-faced sandwich), soups, lasagna, and bowls on the lunch and dinner menus.

A couple of their most popular items are:

"Its not strictly French. It's a little bit lighter, a little bit fresher and flavors that you probably are familiar with," Kristin said. They also import some ingredients, including bread from the famous Poilane Bakery in Paris, France, coffee from La Colombe, and Epoisses cheese from Burgundy, France that apparently has a strong smell.