When is Medieval Times opening in Arizona? ABC15 gets behind-the-scenes tour 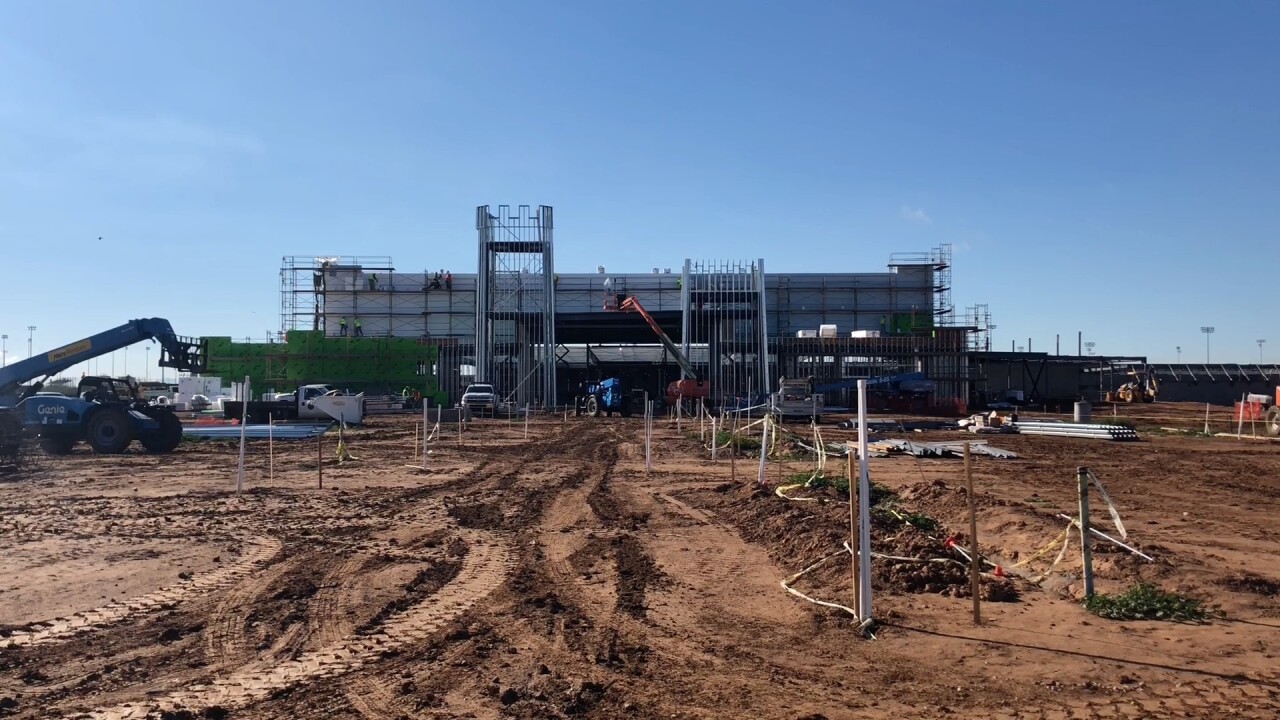 Josh Frigerio
Construction is underway on the Medieval Times Dinner Theater and Tournament on the Salt River Pima-Maricopa Indian Community near 90th Street and Via de Ventura. Officials say the 80,000-square-foot castle will have a 1,000-seat arena, two towers, a museum showcasing torture devices used back in Medieval times, an 80-foot bar, and horse stables. As long as construction stays on pace, they&#39;re expected to open during the summer.

PHOENIX — The castle is up and beginning to take shape.

Ten months after ceremoniously breaking ground on the construction of its tenth castle, Medieval Times, the rambunctious dinner show with jousting knights, says construction is on pace for a summer opening in Arizona, its first location in the state.

The royal castle is being built within the Talking Stick Entertainment District at 90th Street and Via de Ventura, part of the Salt River Pima-Maricopa Indian Community. Right now, the bones of the 80,000-square-foot castle are up.

ABC15 was able to attend a behind-the-scenes tour of the property on Tuesday where construction crews were busy grinding and hammering away. View photos from the tour. Crews will hold a topping-off ceremony on Wednesday morning.

When completed, there will be a full-fledged castle with King and Queen towers, a 1,000-seat arena, an 80-foot indoor bar, a museum showcasing torture devices from the era, a Hall of Arms, a "dry" moat, and horse stables with 23 stalls. The Arizona castle will feature more of a Spanish-style theme, according to Leigh Cordner, the corporate show director. Each of the castles feature slightly different elements of design.

"The castle will be more traditional in the Spanish vein of builds," he said. "It'll feature two huge towers and a main entrance across the draw bridge. It should be a pretty spectacular approach as you walk up." He said they worked with the Tribe to make sure the building's design and colors would compliment the area.

The Arizona castle will also debut with the company's female-led show, which casts the Queen as the lead ruler versus of the king. Medieval Times first debuted the Queen-led show in 2017, according to an online news release.

On Thursday, they will hold an open casting call at the Courtyard by Marriott Scottsdale Salt River for those interested in being trained as a knight. You can read about how to prepare and apply, here.