Versace to open store at Scottsdale Fashion Square mall in 2020 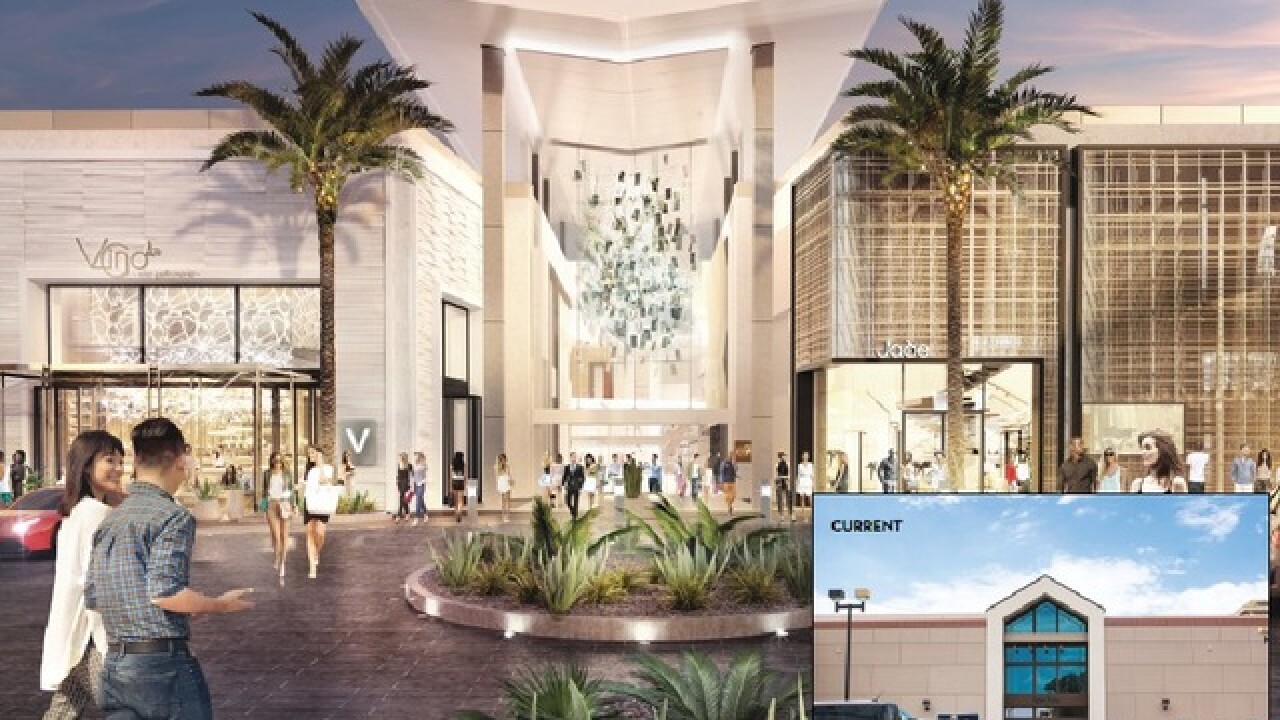 An artist rendering of the renovated entrance on the Dillard's wing of Scottsdale Fashion Square.

The Italian fashion company will open a 3,131-square-foot retail store inside the mall's so-called "luxury wing," near Neiman Marcus, and will be located across from Michael Kors, the mall announced in a news release on Monday. It is anticipated to open in the spring of 2020, the release said.

The mall has added a number of high-end stores, businesses, and restaurants in the last year and a half, part of its multi-million dollar renovation, including Industrious, a co-working space; luxury brands like Trina Turk, Morphe, UNTUCKit, Tommy John, Apple, Saint Laurent; Wonderspaces, an immersive art gallery; and restaurants, such as Ocean 44, Tocaya Organica, and Toca Madera.

More restaurants are in the works and on the way. Zinque, a French-inspired bistro, is anticipated to open outside the luxury wing before the end of the year. An opening date has not yet been announced.

As we've previously reported, Nobu, the world-renowned Japanese restaurant, is expected to open in the spring, along with Farmhouse, a California-based farm-to-table restaurant.

Nearby, Caesars Entertainment, known for its Las Vegas hotels, will open a non-gaming boutique hotel (a first for the brand), called Caesars Republic Scottsdale. It will have a more than 250 rooms, including five penthouse-style suites, two restaurants from TV personality and chef Giada De Laurentiis, a rooftop pool and bar, coffee shop, fitness center, and 7,000-square-foot ballroom. The hotel is expected to open in 2021.