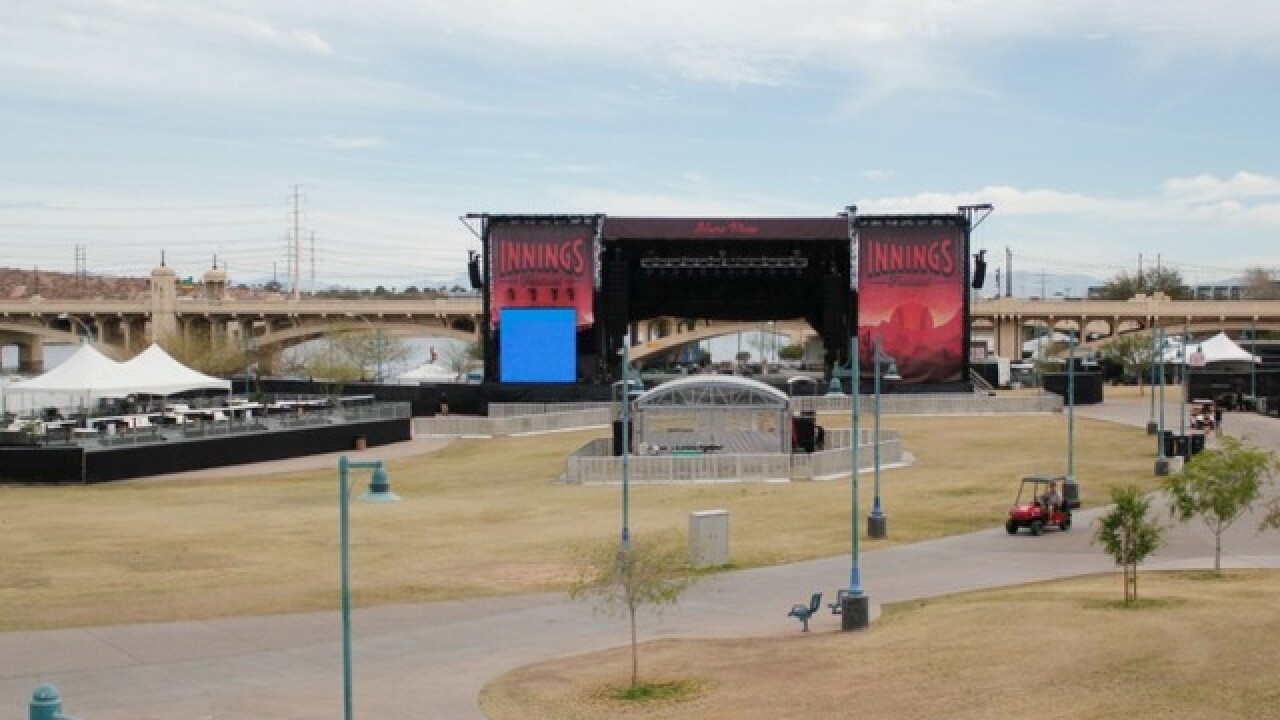 The lineup for the 2019 Innings Festival has been announced.

Cake, Grouplove, Band of Horses, Blues Traveler, St. Paul and the Broken Bones, and Roger Clyne and The Peacemakers will also perform.

Former MLB players Roger Clemens, Sean Casey, Huston Street, Eric Byrnes and Jake Peavy will also appear at the festival, according to the announcement. There will also be food and drinks and family activities.

Single-day tickets start at $99 and two-day passes start at $130. VIP passes and Platinum passes are also available and come with special viewing areas and lounge areas.

Related: See who's coming to Scottsdale for the 2019 Birds Nest concert series

This will be the Spring Training-themed festival's sophomore year in Tempe. Last year, it was headlined by Queens of the Stone Age, The Avett Brothers, and Chris Stapleton.

This year, the festival dropped from three days to two. It will compete with the McDowell Mountain Music Festival , otherwise known as M3F Fest, which runs March 1-3. That festival is headlined by Odesza, Empire of the Sun and Kurtville and the Violators.