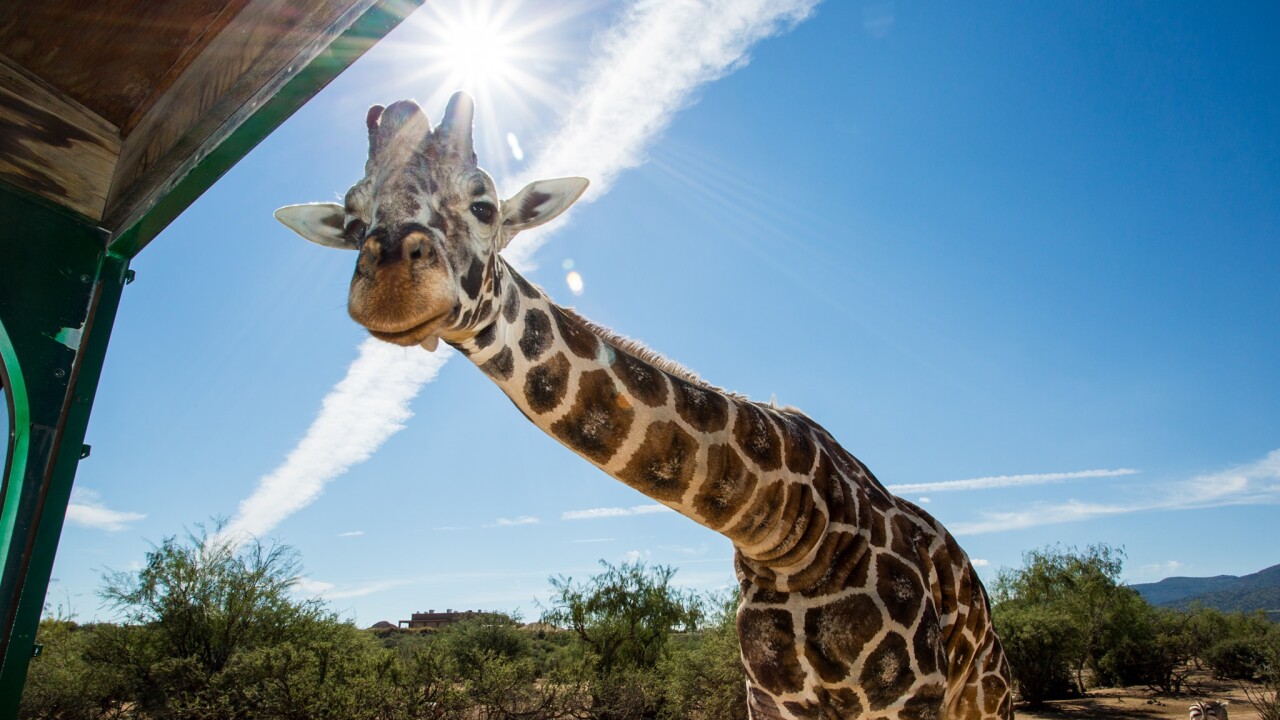 The Out of Africa Wildlife Park, located about two hours north of Phoenix in Camp Verde, Arizona, announced Thursday in a Facebook post that was one of its giraffes had died.

The 20-year-old giraffe named Kibo died Tuesday, Aug. 20, after suffering complications while in recovery from a previous "anesthetic procedure," the wildlife park said. It did not specify what the procedure was.

"Kibo is the friend that we are deeply saddened to have lost yesterday. All of the thousands of people who have visited our park since 1999 knew him, loved him and probably had been kissed by him! He had a level of wit and curiosity that surpassed any other friends with which he shared his space. He always drew you in for the kiss and made you feel like a giant kid again. He touched our hearts and reminded us to be silly and to laugh every day, especially when he would sit down in front of the entry gates. Saying farewell to this kind of friend does not happen quickly and in fact, has left many breathless and deeply saddened," the park said.

Kibo came to the Out of Africa in 1999 and lived with Pilgrim, another giraffe at the park, before the two apparently began fighting over an "imaginary female."

The giraffe lived in the Serengeti and "greeted all those who would give him treats and was never shy about requesting more," the park said. He also apparently liked to visit the "micro pigs" in the morning when they would visit for some tastes of Romaine lettuce.

Out of Africa asked its followers and fans to share photos and memories of Kibo in the comments section beneath the post. Within the first hour of the post being published, it had more than 160 shares and 300 comments, many of which were condolences about his death and photos of visits with who is presumably Kibo.

Editor's note: This article has been updated.