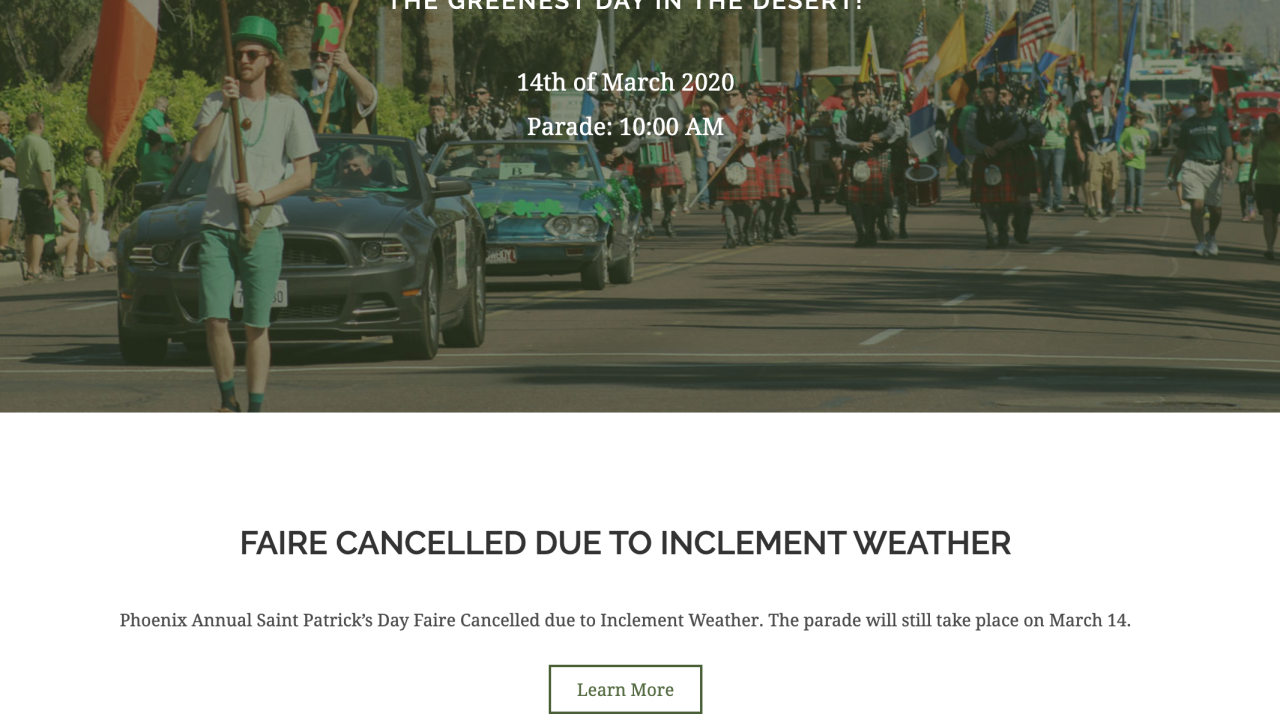 PHOENIX — Editor's note (March 13): On Friday, March 13, organizers announced that the St. Patrick's Day Parade in Phoenix would be postponed, too. A new date was not immediately available. Earlier in the week it was announced that the faire was canceled.

The St. Patrick's Day Parade in Phoenix will go on as planned on Saturday, but the annual festival that follows will not, organizers announced Wednesday night.

“We regret the Faire will not take place this weekend,” said Jeffrey Aspland, president of the St. Patrick's Day Parade and Faire in a statement. “Safety is always our first consideration. We hope to see everyone out at the Parade and look forward to seeing everyone for the full festivities next year."

Related: The latest on COVID-19 cases in Arizona

In a news release, organizers said "inclement weather" was the reason for the event's cancellation. It did not mention COVID-19, which has forced several events, conventions, and festivals to be canceled or postponed nationally.

The parade is scheduled to begin at 10 a.m. on Saturday, March 14, near Third and Sheridan streets in Phoenix and will feature marching bands, Irish dancers, bagpipers, floats, and performers. The parade will travel south along Third Street and end at Willetta Street. View map of the parade route.