OdySea in the Desert: New attraction set to replace Dolphinaris will have no live animals 'of any kind' 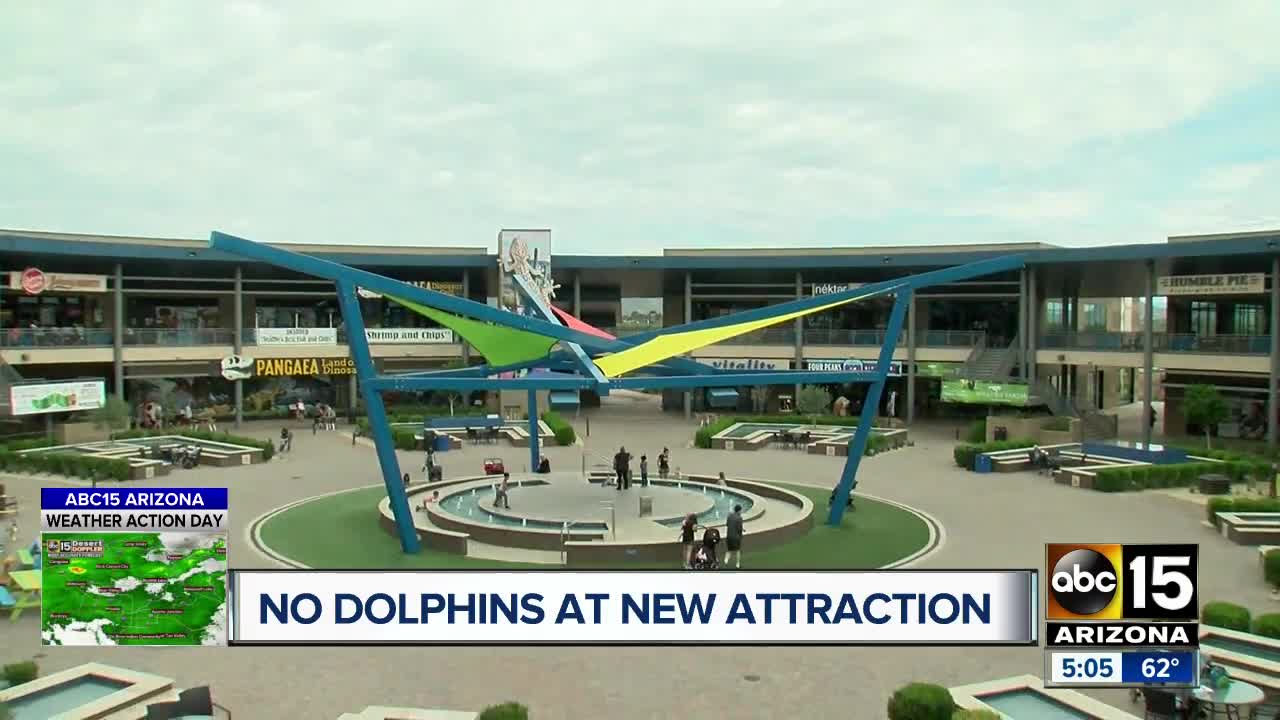 The facility closed last month after four dolphins in its care died in less than two years. SCOTTSDALE, AZ — After Dolphinaris Arizona closed its dolphin attraction in the northeast Valley, some people may have wondered what would replace it and would it involve animals?

The short answer: it will be replaced by a new attraction and that attraction will not involve any live animals.

Ran Kniskinsky, chief marketing officer for OdySea in the Desert, the complex near Loop 101 and Via De Ventura that houses Odysea Aquarium, Butterfly Wonderland and Pangaea: Land of the Dinosaurs, said in a statement Monday that Ventura Entertainment, the Mexico-based parent company for Dolphinaris, told him that the new attraction "will not involve animals of any kind."

“Ventura Entertainment has assembled a team of top creative minds to execute a completely novel, engaging attraction, but it will not involve animals of any kind,” the statement said. “We are excited to hear more details in the coming months regarding this new project."

Not much else has been released about what the new concept will consist of, look like, or when it is expected to open.

Jen Smith, a spokesperson for Dolphinaris Arizona, said in an email that she did not have any additional information.

In February, Dolphinaris Arizona shut its doors and launched an investigation after bottlenose dolphin Kai died at its facility -- the fourth dolphin the facility has lost since opening in 2016. The four remaining dolphins were transferred to Coral World Ocean Park in the U.S. Virgin Islands and are reportedly "doing well and getting familiar with their new in ocean home."

Dolphinaris Arizona had previously announced that it was "optimistic" about reopening an attraction at OdySea that would not involve dolphins and would "continue to carry out its mission in ocean conservation and education."

Patricia Cady, Co-founder of Dolphin Free AZ, released the following statement regarding the announcement from OdySea regarding Dolphinaris Arizona:

"We are pleased to learn of the news that Ventura Entertainment, DBA, Dolphinaris Arizona, will be rebranding, and that their facility will not integrate any animals into their new concept. We are still awaiting public announcement regarding their findings of the investigation of the facility that may have lead to the deaths of the four dolphins who were in their care. Additionally, we call on Arizona Governor Ducey and Senators Sinema and McSally, to pledge never again allow captive dolphin facilities to do business in the State of Arizona in the future, and to enact a law accordingly. "