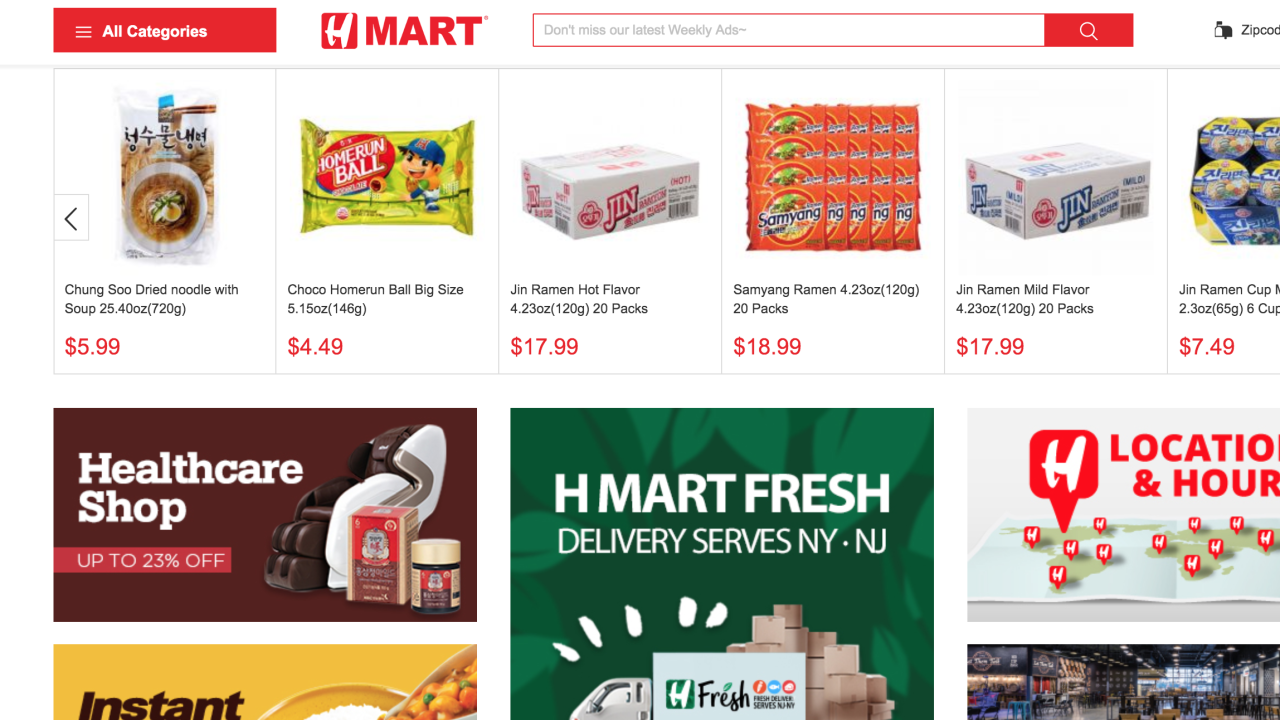 MESA, AZ — Update (Jan. 27, 2020): Last week, officials held a press conference at their future Mesa, Arizona home and said the Asian grocery store could open as February or March, depending on construction and final permits.

Update (Sept. 30, 2019): In a September news release highlighting the growth of the Asian district in Mesa, the City of Mesa's Economic Department said H Mart, the Asian grocery chain, was anticipated to open in early 2020. It was not immediately clear what led to the delay. ABC15 has reached out to the grocery store for more information.

Whatever happened to H Mart, the Asian grocery store chain, that was supposed to open in Mesa?

The project is still in the works, according to a company spokesperson, and, in fact, they plan to open this summer.

The 63,000-square-foot grocery store will open in the former Ultimate Consignment space near Main Street and Dobson Road in the shopping center directly across from Mekong Plaza, another Asian supermarket, according to Hannah Lee, a member of H Mart's marketing team.

It will have Asian and American food items, fresh produce, meat, poultry, fish, ready-to-cook items, and a food court with "six different styles of food," a news release said. Products will come from their warehouse in California and local farms.

“As the community waits for H Mart Mesa, AZ to open, we will prepare hard every day to serve customers and go beyond any expectations. We assure that H Mart Mesa, AZ will be a destination where customers can truly enjoy 'Good food for all,' and added that we are confident that people in Mesa, AZ and the surrounding communities will be very pleased of H Mart’s opening," said H-Mart President Brian Kwon in a prepared statement.

The Arizona Republic reported H Mart's plans to open in Mesa back in 2016. At the time, according to the report, the grocery store was anticipated to open the following summer. It was not immediately clear was delayed the project's timing.

ABC15 has reached out to H-Mart's marketing team, but did not immediately hear back.

H-Mart started as a single store in 1982 in the Woodside neighborhood of Queens, New York. It now has more than 60 stores in 12 states, including California, Michigan, Pennsylvania, Texas, and Virginia.