The first phase of Gilbert Regional Park will open this weekend.

GILBERT, AZ — The CEO behind The Strand @ Gilbert, a 25-acre sports-based water park that will eventually be part of Gilbert's new Regional Park (which opens on Saturday, Sept. 21) told ABC15 he expects to begin construction during the first quarter of 2020.

From there, it could take between 16-24 months, or up to two years, to completely build out all of the water park's amenities, which includes three lagoons for cable-based wakeboarding and skiing, surfing, kayaking, paddle boarding, and a floating obstacle course, as well as restaurants, a beach, a swimming area, and a retail store, once he receives the necessary building permits and approvals from the Town of Gilbert, John McLaughlin, CEO of Strand Resorts, told ABC15 in an interview on Thursday. 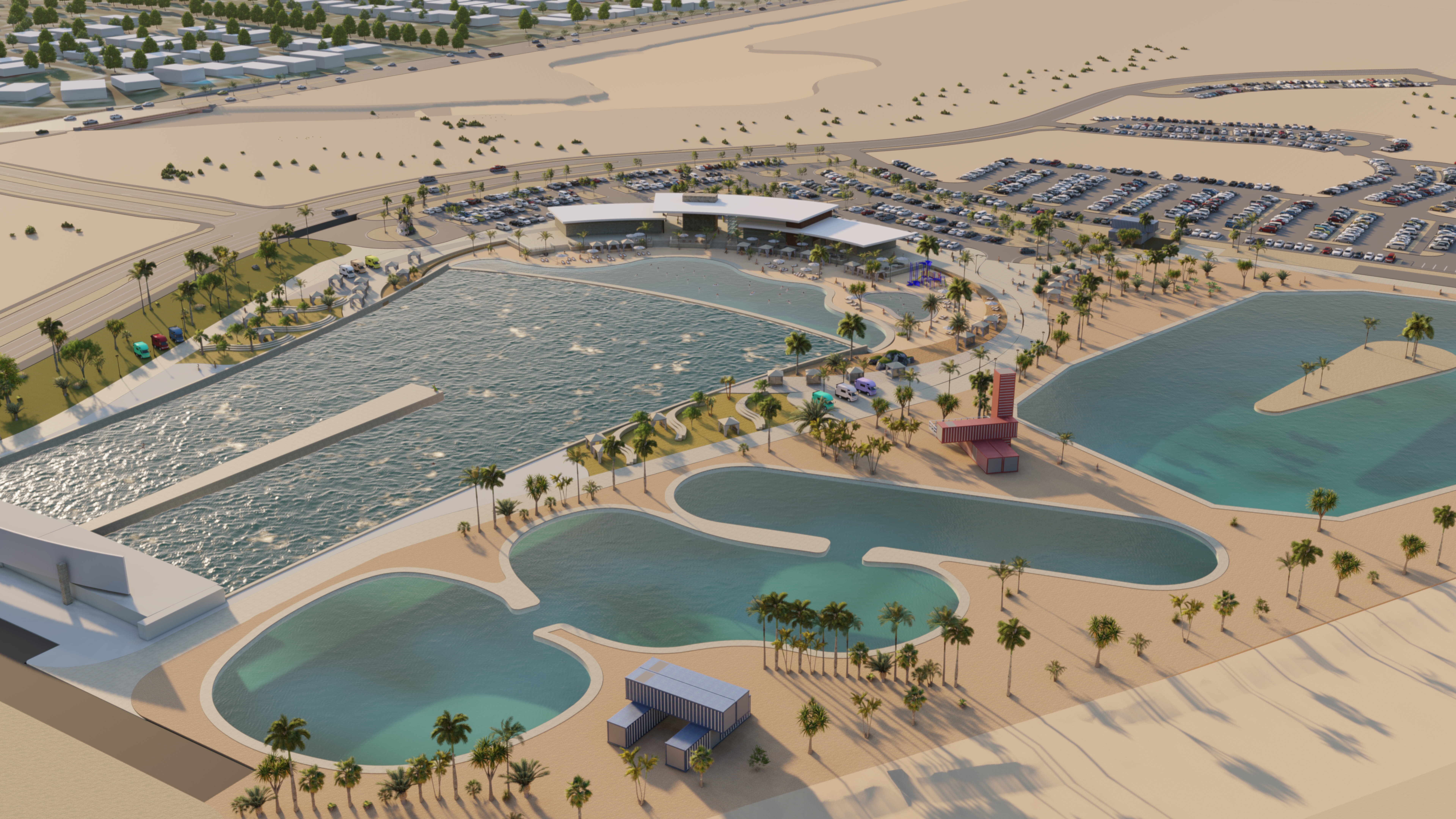 "Mostly its a place for the community. It's a community asset; it's for the residents of Gilbert and the surrounding areas," he said. "We're not a typical water park with slides or rides. We're more on the skills side so the more you surf the better you get. The more quality waves you can get, the faster you're going to progress."

The Town approved the project, part of a private-public partnership with the park, back in February. Since then, McLaughlin and his team have been in the design phase.

He also released updated concept renderings of what the park could look like when it is completed.

Gilbert Regional Park, and the eventual water park, will be located near Higley and Queen Creek roads in Gilbert.

The first phase of Gilbert Regional Park, which includes a splash pad, a mountain-shaped climbing structure, a zip line, and swings opens on Saturday, Sept. 20. There are two grand opening events planned for the morning and evening. Read more about the first phase. 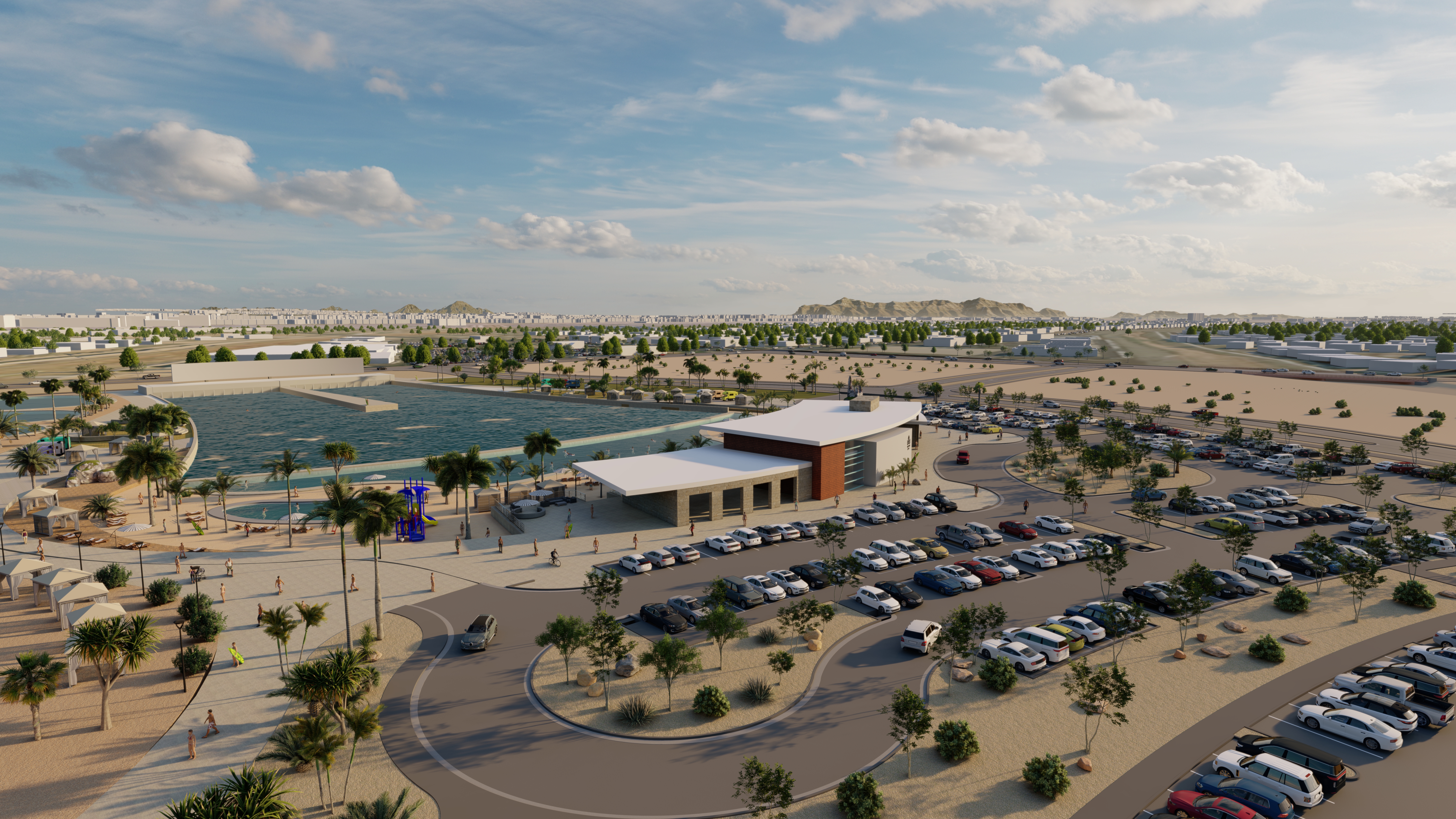 Currently, the water park is expected to fully open during the summer of 2021, but some of the amenities, such as one of its restaurants or some of the swimming areas, could open earlier than that, most likely toward the end of 2020 or early 2021, he said.

"The surf lake (the cable-based skills course) is an engineering masterpiece," he said. "It's extremely complicated engineering and creating the swells, causing the waves to do what they do, so that's going to take us a little bit longer," he said. McLaughlin said he and his team will be able to use computers to control the height, frequency, and intensity of the waves allowing both beginner and expert surfers to ride at the same time.

McLaughlin said he is also looking at the option of hosting cable-based sports competitions, as well as local events, even weddings.

Last month, the Town of Gilbert put out a "Request for Qualifications" to potentially build a hotel, resort, conference center, or combination of the three, on 10-acres of land at the park. Per a Town spokesperson, The Strand was the only company to submit interest. It was not immediately clear what the next steps would be.