Sneak peek: First phase of Gilbert Regional Park to open on September 21. Here is what to expect

Gilbert Regional Park is set to open Saturday and will span more than 270-acres near Higley and Queen Creek roads.

GILBERT, AZ — Families around the Valley will soon have another place for kids to jump, slide, and splash when the first phase of Gilbert Regional Park, the 272-acre recreational park under construction in Gilbert, opens next month.

In an exclusive interview and tour with ABC15, Gilbert Parks and Recreation Director Robert Carmona said the first phase of the park, which spans 30 acres near Higley and Queen Creek roads, would open to the public on Saturday, Sept. 21, 2019.

What to expect in phase one: 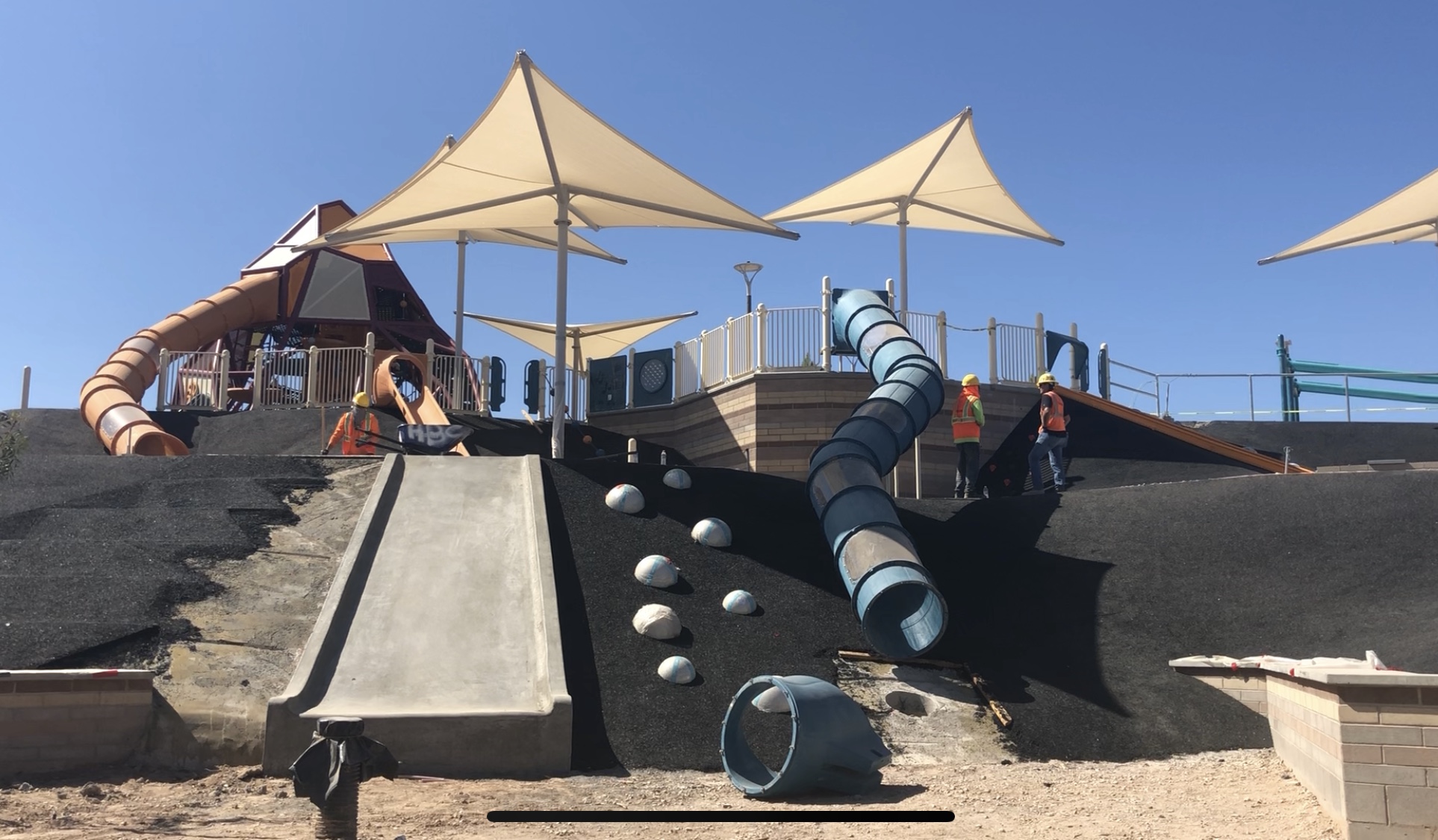 "It's an amazing feeling," said Carmona about the park's upcoming opening. "This started in 2014-2015 outreach meetings. A lot of feedback from the community went into designing the park that Gilbert wanted. It’s exciting to be able to deliver that for the community so that when you see some of the most unique features you’ll find in Arizona [they] will be at this park.

There are also six swings at the park, 10 shaded ramadas and picnic areas, bathrooms, and a lighted walkway. 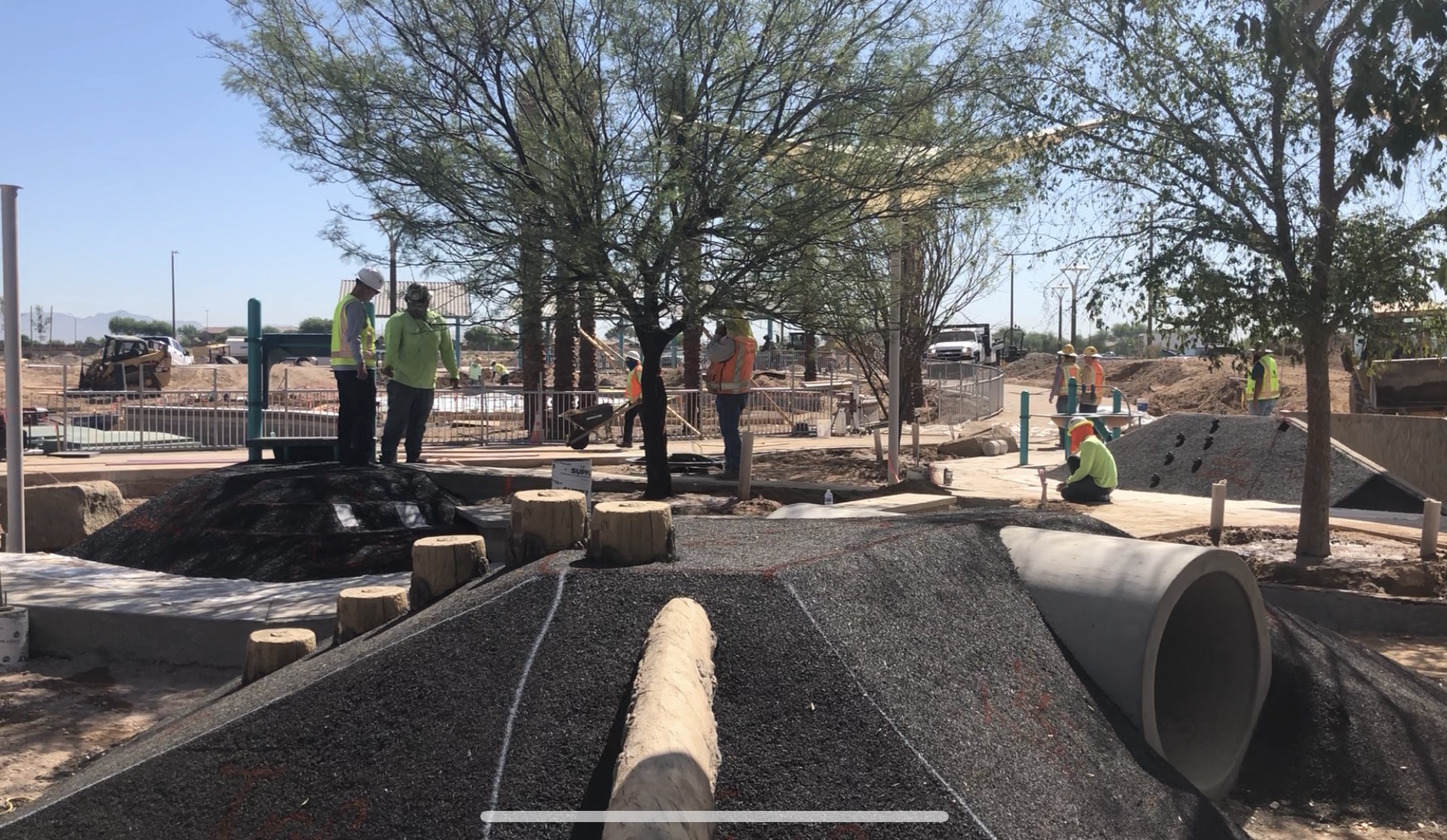 In designing the park, Carmona said ensuring kids of all ages, abilities, and skill levels was important.

"We spent a lot of time working with groups and community reach out so that no matter what you’re ability level is, you can use every aspect of this park, make it to the top of the mountain and make it down," he said. There are wide walkways to accommodate wheelchairs, specialty swings on the zipline and in the swing areas, and cushioned ground throughout the play area.

Much of the park remains under construction, but officials said it would be completed by the grand opening. In fact, Carmona said construction on the second part of phase one begins the day after the opening festivities.

The second and third phases of the park are still being designed and likely a couple years away.

Towards the front of the park is where The Strand @ Gilbert, the 25-acre skills-based water park, will be built. Construction has not yet started on that project, but we know that plans call for three lagoons with cable-propelled skiing, wakeboarding, and kneeboarding.

John McLaughlin, chief executive officer of Strand Resorts, previously told ABC15 that the park would have surfing, an obstacle course, a beach, swimming areas, kayaking and paddle boarding, and a full-service restaurant and bar. The water park is expected to open during the summer of 2021. 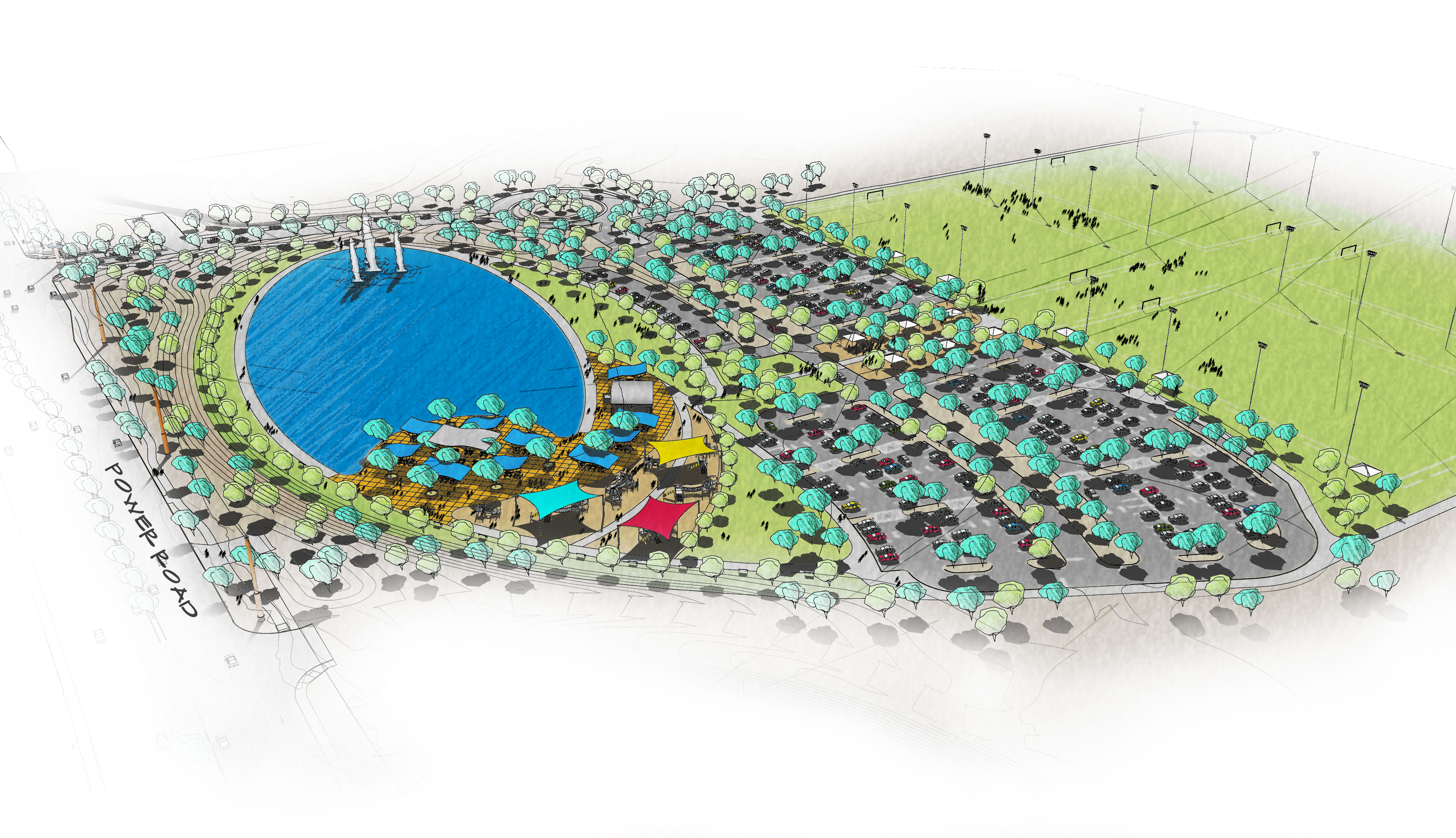 Gilbert Regional Park is not the only new park coming to Gilbert.

Desert Sky Park, a 115-acre sports park, is currently being built along Power Road between Williams Field and Pecos roads. That park will have four collegiate-sized multi-purpose sports fields, a lake, and an "obstacle course-style playground," said Carmona.

Desert Sky is expected to open in October. An exact opening date has not been announced.

"Really one of our biggest needs in Gilbert is additional multi-use sports fields and so this park is going to go a long way in helping us get there," he said.

Back in February, the town opened Cactus Yard (formerly Big League Dreams), a multi-sports facility near Power and Elliot roads that features eight replica baseball fields, an indoor soccer field, and a full-service restaurant and bar.