It started with a retrofitted smoker made from an old 1950s truck chassis and grew to a concession trailer. A delivery van was added in 1994, and eventually a storefront near 48th and Washington streets.

That's where business has been since 2001. 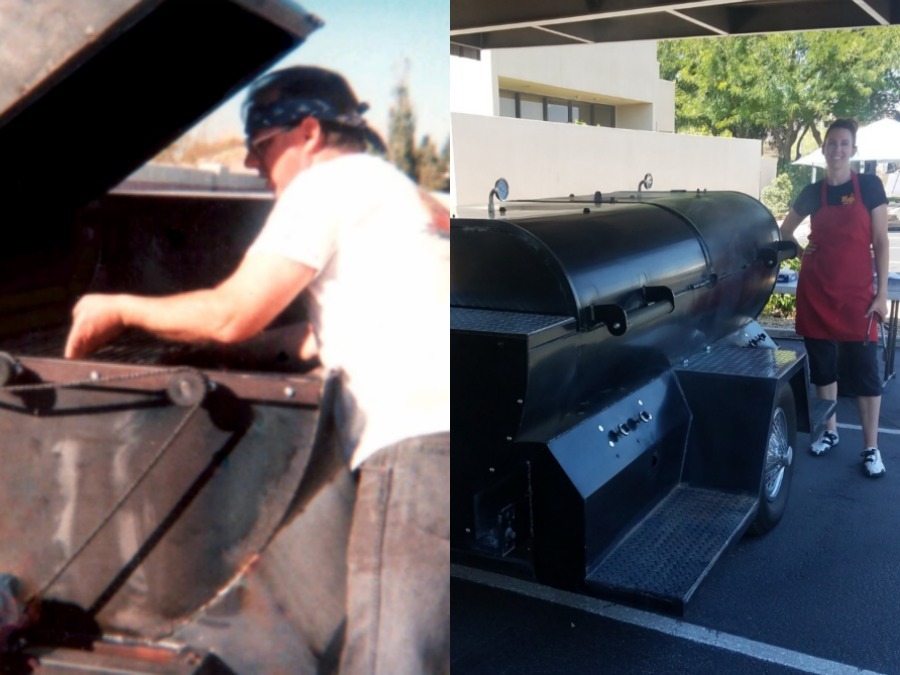 For Christine Montez, her parents' business has been a part of her life since she was a teen.

"To tell you the truth, this is my parents legacy; this is how I grew up. I grew up sampling all of [her dad's] cooking and what not. And it was an every single weekend thing," she said. "I had to eat ribs. I didn’t even like ribs as a teenager."

So, when her parents wanted to retire, she had a choice: buy the business from them or let them close it to protect the name.

"I always knew…ultimately I knew I was going to have my own restaurant someday," she said.

Now, it's all about continuing the vision her parents created.

"You know how much you appreciate your parents as an adult? This is my parents. I will always have this to carry on for them," she said.

On Tuesday, July 24, Christine's business, and her parents' vision will gain some national exposure when it is featured on Food Network's TV show, "Burgers, Brew & 'Que" hosted by Michael Symon. It airs on the Cooking Channel.

Related: Arizona restaurants featured on "Diners, Drive-ins and Dives" (Watch the video in the player above to see a list of restaurants on "Triple D".)

On the show, Symon travels across America showcasing different barbecue and burger joints.

Tuesday's episode is called, "Smoked Smorgasbord for a Shark's Appetite." Here's the description:

In Savannah, Georgia, Michael Symon finds a food truck serving up two can't-miss creations: cheeseburger tacos with a house-made beer cheese sauce and a Jamaican jerk fried fish taco with mango salsa and cilantro sour cream. In Seattle, Michael tries an enormous bone-in pork chop brined for six hours and fired on a grill. And in Phoenix, a smoked lamb sandwich with homemade mint sauce is made by a chef who loves her smoker so much that she's even smoking brownies.

Christine said the smoked lamb sandwich is one of the restaurant's signature items.

She said one of the show's producers called the restaurant last year and asked them to apply. She was hesitant at first, but a friend told her to call back immediately.

A few emails, video demos, and phone calls later, she said the crew was out over Super Bowl weekend taping for the show.

"It was super exciting. I am so happy to have accepted and be honored with it," she said.

Remember that old truck chassis? It was restored in working order just in time for the taping, she said.

The episode airs Tuesday, July 24 on the Cooking Channel. Check your TV guide for the listing.