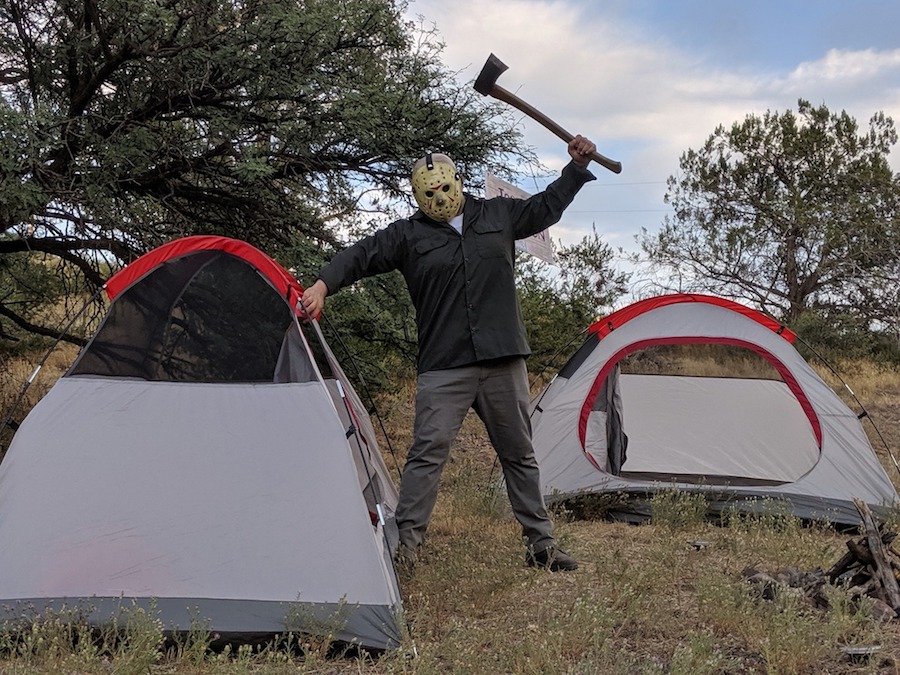 Tickets go fast. Reserve your spot for the next event! 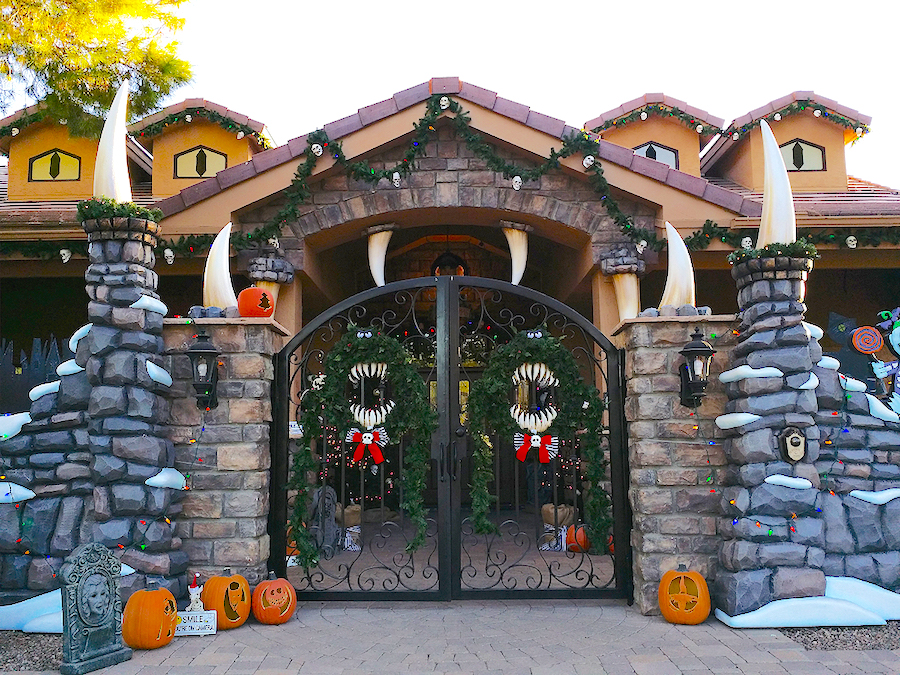 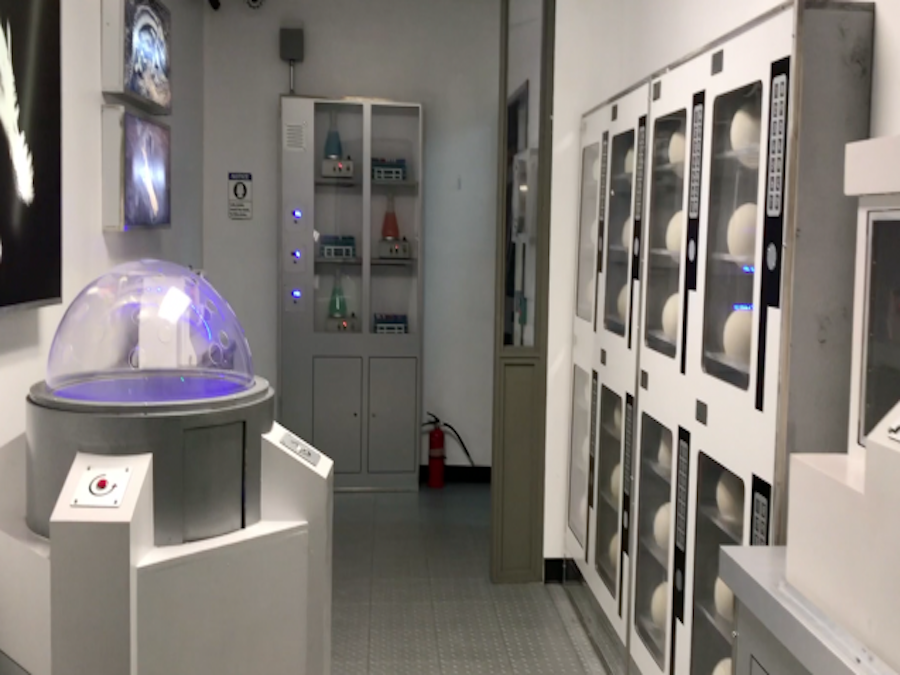 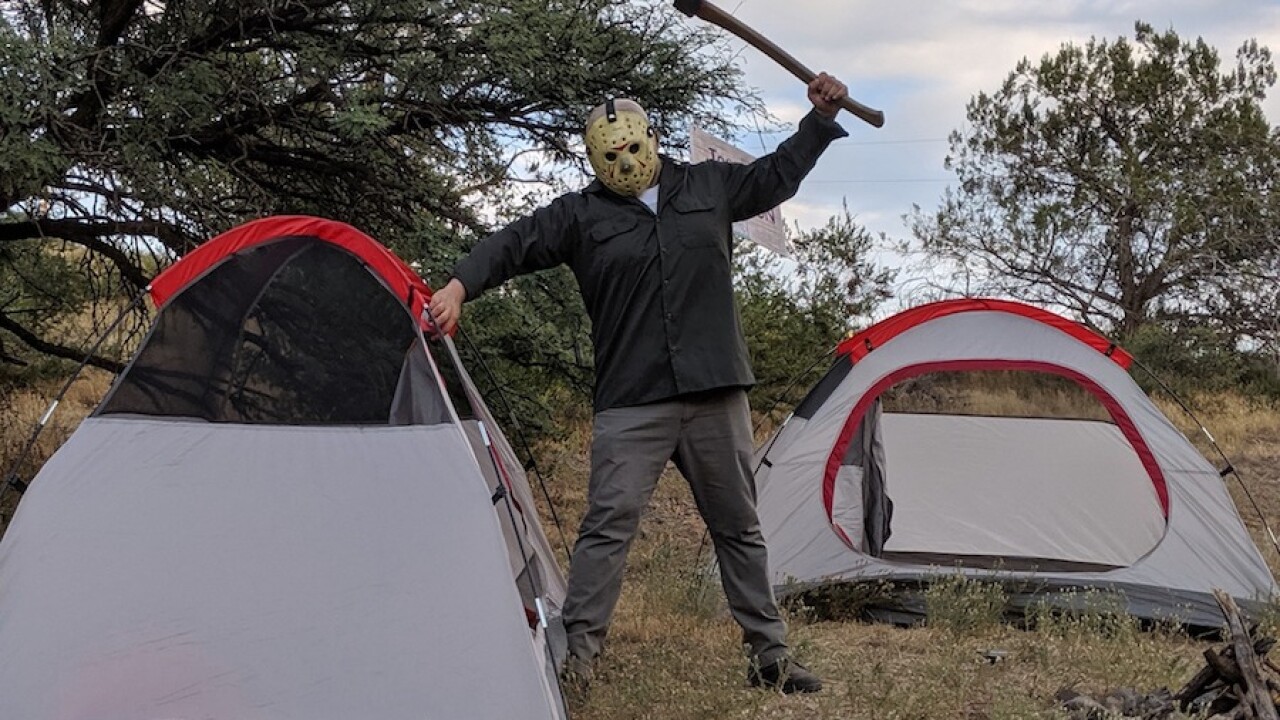 PHOENIX — Halloween may have come and gone, but the founders of a horror-themed escape room in Arizona are hoping to bring frights year-round to weary (even enthusiastic) travelers.

"F13: Survive Jason" pits players against Friday the 13th's Jason Voorhees in an outdoor escape room-like scenario where the goal is to solve a series of puzzles and make it to the "Escape Point" before time runs out -- and without becoming Jason's next victim, said Maggie Mater, owner of On Pins and Needles, a company that hosts horror-themed events, in an email.

Mater said she came up with the idea for the game with her colleague, Jennifer (no last name provided), while discussing some of the tropes that often plague characters in scary or horror movies, such as walking into a dark room without turning on the light or reluctantly going to investigate a strange noise.

"We thought that if someone just used their brains, they should be able to survive that scenario," she said in her email. "I said how much fun it would be to try to prove survival is possible, and Jennifer said we should make it happen. So we did."

News of the Halloween-esque experience quickly made the rounds on Facebook and was soon picked up by local news outlets, websites, and blogs. All of their events in October, November, and December sold out.

She hopes to announce more dates before the end of the year, she said.

Right now, the event is hosted at a private residence in Prescott, which is about two hours north of Phoenix. Mater said she is working to secure a more permanent location to host their events year-round and to potentially offer overnight stays.

Asked whether she'll adapt the experience to some of the other holidays, such as Christmas, New Year's Day, or Easter, she said: "If I tell you that, then there's no surprise. I'll just say the horror world is a very large place."

Up to eight people can play per round, which lasts about 25 minutes, Mater said. There is a 10-minute "overtime" period where the "play area shrinks and additional weapons are added to assist either the players or the killer," she said.

The game is open to those 18 and older. Children and pets are not allowed.

The cost is $25 per person and can be booked via Eventbrite. Details are shared on their Facebook page. Each person will receive a t-shirt while those who survive until the end of the game will receive an additional prize.