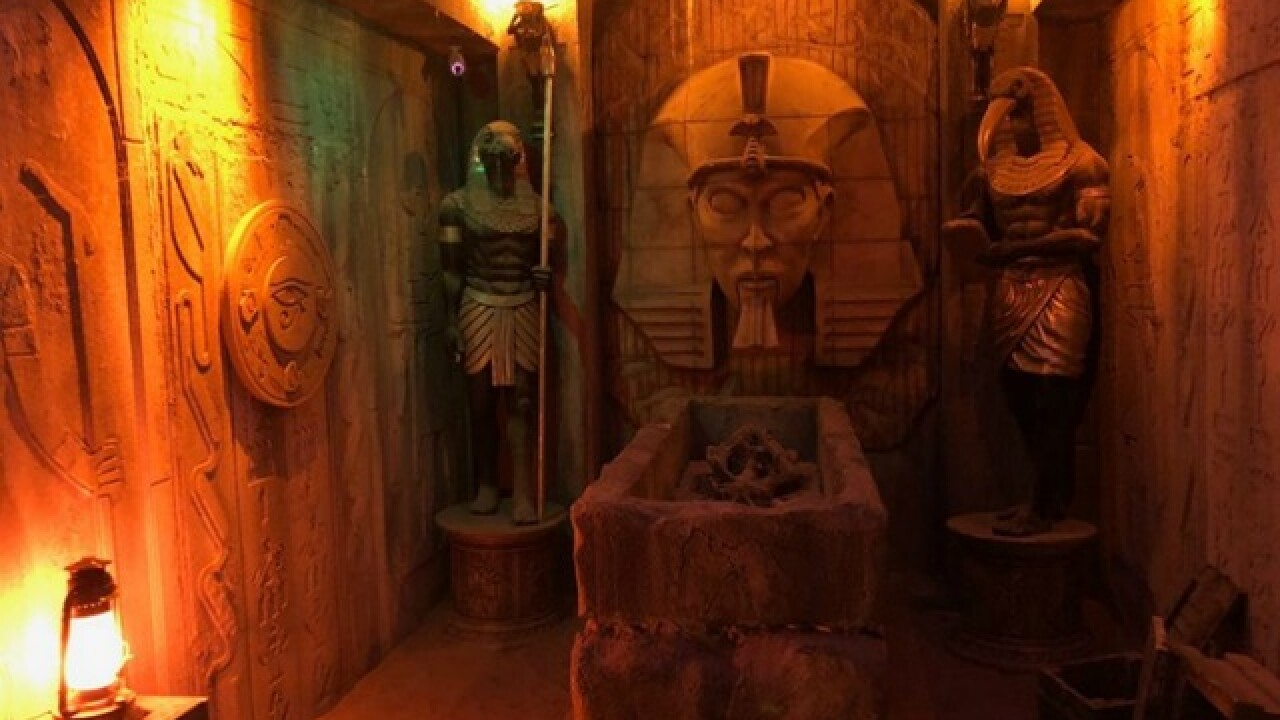 What does The Terminator, The Mummy, and Bill and Ted have in common?

They're all movie characters, yes. And they're also going to be the themes for three escape rooms coming to Westgate Entertainment District in Glendale.

Escape Westgate will have three movie-themed experiences based on the films: Terminator 2: Judgment Day, Bill and Ted's Excellent Adventure, and The Mummy, YAM Properties announced on Monday.

The 2,700-square-foot attraction will be located between the "It's Sugar" store and Salt Tacos Y Tequila.

It is one of a handful of new attractions, restaurants and bars set to open at Westgate.

The owners of Low Key Piano Bar off Tempe's Mill Avenue -- Austin and Kenny Walter -- have plans to open a 9,200-square-foot dueling piano bar at Westgate.

It will be on the upper level of the entertainment complex overlooking Westgate's WaterDance Plaza, a news release said.

Both plan to open later this year.

"Adding experience-focused tenants like Low Key Piano Bar and Escape Westgate will allow us to continue building a robust and well-rounded lineup of retail, dining and entertainment offerings," said Dan Dahl, director of real estate for YAM Properties, in a prepared statement.

WHAT ELSE IS NEW AT WESTGATE?

State 48 Funk House Brewery , a local brewery based in Surprise, opened over the weekend in the former Tavern + Bowl space. It is one of four other locations the brewery has in the works.

Owner Mario Mana told ABC15 the Glendale brewery will focus on sour and barrel-aged beers. However, in an updated Facebook post on Sept. 1 , the brewery said it will hold off on producing sour beers until its other locations have opened.

They have locations under construction in downtown Phoenix and Scottsdale.

Mardi Gras-themed bar and restaurant Fat Tuesday recently opened at Westgate. It is their second restaurant in the Valley. The Tempe restaurant opened 26 years ago.

Manna Korean BBQ plans to open at Westgate. It will be located across from Buffalo Wild Wings.