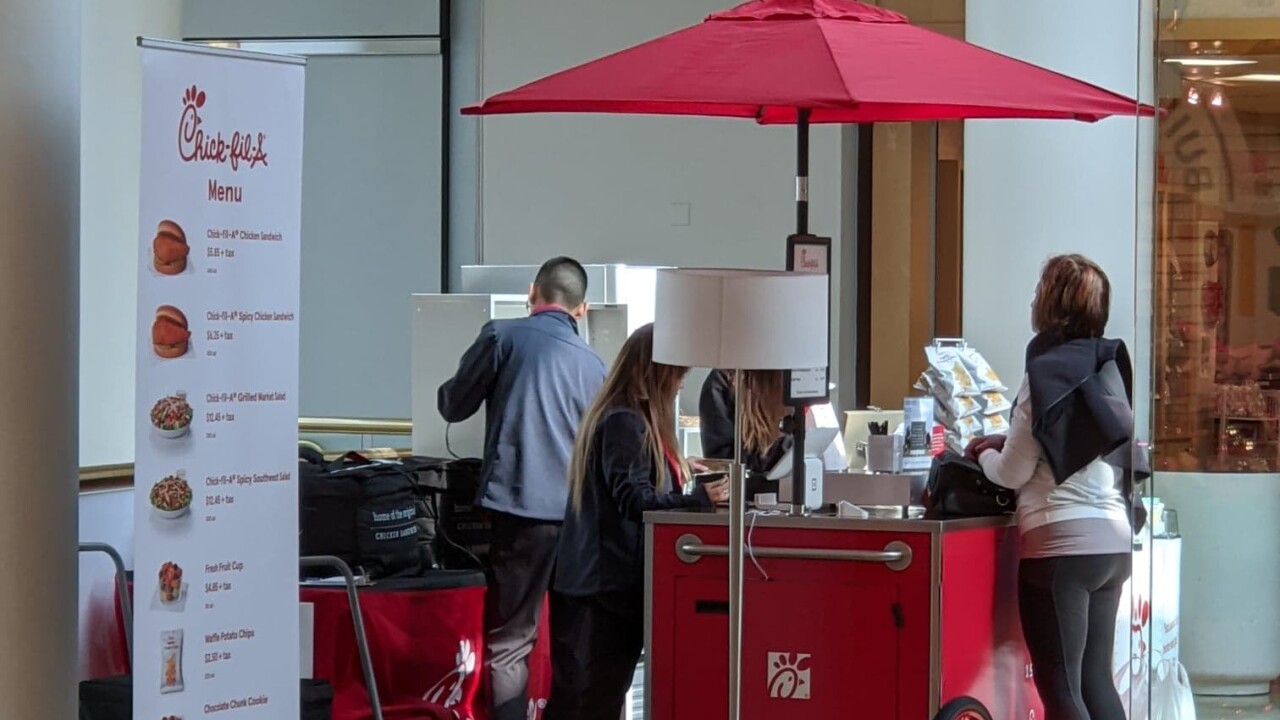 SCOTTSDALE, AZ — Scottsdale will get to "eat mor chikin" -- if only for a little while.

An ABC15 viewer recently spotted a Chick-fil-A kiosk at Scottsdale Fashion Square, serving a small selection of menu items underneath an umbrella.

The kiosk is situated in a hallway down from the Nordstrom store, on Level 2, near the Rocky Mountain Chocolate Factory and Build-A-Bear Workshop locations. The restaurant appears on the mall's dining directory.

A mall spokesperson told ABC15 that the kiosk is a "temporary" install and that it should be open for about a year. It joins a list of new eateries that have opened at the mall, including Rewind Ice Cream + Tea, Tocaya Organica, ZInque, Toca Madera, and Ocean 44.

Editor's note: This story has been updated to include information that the Chick-Fil-A kiosk is expected to be open for about a year.