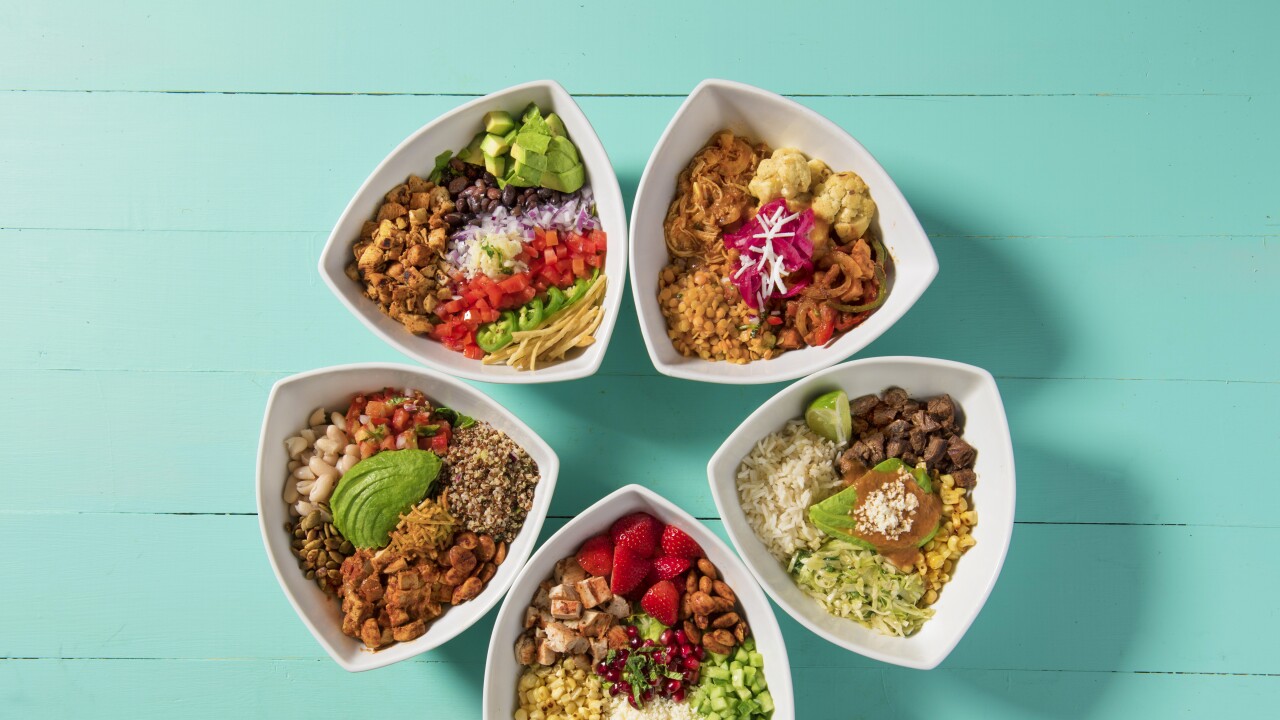 SCOTTSDALE, AZ — Shoppers who've worked up an appetite roaming the stores in search of deals at Scottsdale Fashion Square mall have four new places to help curb that post-spending hunger.

From healthy bowls to pasta and cereal-infused ice cream, here is a quick look at each of the new eateries.

Related: 50 new restaurant and bars to try around Phoenix

Tocaya Organica was one of the first restaurants to open outside the mall's newly-redesigned "luxury wing" near Neiman Marcus. The California-based concept offers modern Mexican cuisine and touts its use of quality ingredients. The menu features tacos, bowls, burritos, salads and "quesalitas" (house-made quesadillas made from corn tortillas). All of its dishes start out vegan. Proteins and cheeses can be added. There are ten protein options -- chicken, beef, turkey, tofu, and carne asada -- and six types of cheeses. Customers order at the counter, get a number, and find a seat. An employee then brings the order to you.

It is Tocaya's second location in the Valley. The first opened earlier this year at Kierland Commons. More information.

Pokitrition is a make-your-own poke concept known for its bowls and sushi burritos (yes, you read that right). Poke is a Hawaiian-inspired salad that typically features cuts of raw fish. At Pokitrition, people choose their base (rice or greens), fish, sauce, and toppings, such as crab salad, seaweed salad, edamame, masago, and slices of ginger. It is the concept's third location in the Valley. It opened in the mall's food court in the former Paradise Bakery/Panera space. Looking for a little extra spice? Customers can order the sushi burrito with Flamin' Hot Cheetos.

Those with a sweet tooth can also get a sweet treat from Rewind Ice Cream, which was formally known as Dripps. Both Pokitrition and Rewind are owned by the same people. Rewind specializes in cereal-infused ice cream, and tea drinks.

Mia Pasta is a make-your-own pasta, noodles, flatbread pizza, and Panini concept based in Quebec, Canada. They have eight types of pasta, a dozen sauces, and more than 30 proteins and vegetables. The opening marks the concept's first location outside of Canada, a news release said. The eatery is located in the food court.

Ocean 44 opened at the end of 2018 outside the mall's luxury wing. It is the high-end seafood sister concept to Steak 44, which was also founded by brothers Mike and Jeff Mastro. The restaurant has two bars, an open-glass kitchen, and a variety of dining room settings. The menu features a raw bar of oysters, Maine lobster, and poke; as well as wood-roasted shellfish, clams, mussels, fresh fish, and steaks.

If you're hungry for more restaurants, you're in luck because there are at least five more eateries in the works. Nobu, the famed high-end Japanese restaurant; Toca Madera, a famed Mexican restaurant in West Hollywood, California; and Zinque, a California French restaurant, have all announced plans to open at or near Scottsdale Fashion Square.

FARMHOUSE, a California-based farm-to-table restaurant will open a second location -- and its first outside of California -- at Scottsdale Fashion Square mall.

Lastly, Capital One announced that it would open a 5,792-square-foot cafe next to the Apple Store on the east side of the mall. People will be able to get banking and financial advice or pop in for a coffee, pastry and Wi-Fi.