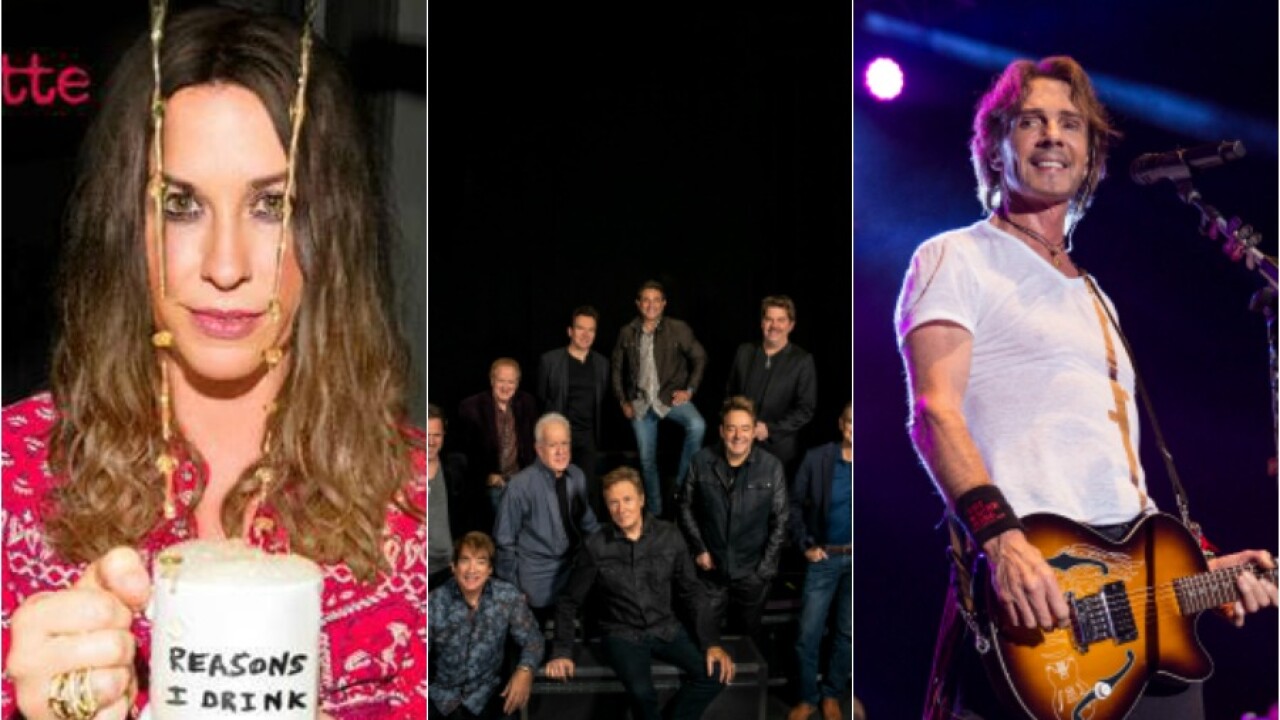 On Monday, Alanis Morissette, Chicago, Rick Springfield, and Five Finger Death Punch announced their respective tours. Here is what you need to know about each, including when tickets go on sale.

Singer-songwriter Alanis Morissette has a lot of projects in the works. On Monday, she released a new song, "Reasons I Drink." Her latest album (also, her ninth) Such Pretty Forks In The Road, is due out on May 1, 2020. And Jagged Little Pill, a musical based off her studio album, will make its debut on Broadway in December.

She also announced a 31-date summer tour celebrating the 25th Anniversary of her album, Jagged Little Pill, which is scheduled to visit Ak-Chin Pavilion in Phoenix on June 10, 2020. Garbage and Liz Phair will join her on tour, according to a news release.

Rock & Roll Hall of Famers Chicago will hit the road next summer on a 26-date amphitheater tour alongside Rick Springfield.

The tour is scheduled to stop at Ak-Chin Pavilion in Phoenix on June 20, 2020. Tickets will go on sale to the general public on Friday, Dec. 6, 2019 at 10 a.m. They will be sold via LiveNation.com. More information.

Chicago is also scheduled to visit the Findlay Toyota Center in Prescott Valley on March 8, 2020.

Five Finger Death Punch recently announced the tour dates for the second leg of their United States tour. The band will be joined by Papa Roach, I Prevail, and Ice Nine Kills.

The tour is scheduled to stop at Talking Stick Resort Arena in downtown Phoenix on April 18. Presale tickets for VIP and members of the band's fan club went on sale on Monday. Citi cardholders can purchase presale tickets from 10 a.m. on Dec. 3 to 10 p.m. on Dec. 5.

General tickets will go on sale at 10 a.m. on Friday, Dec. 6. More information.