10 Phoenix-area concert announcements you may have missed 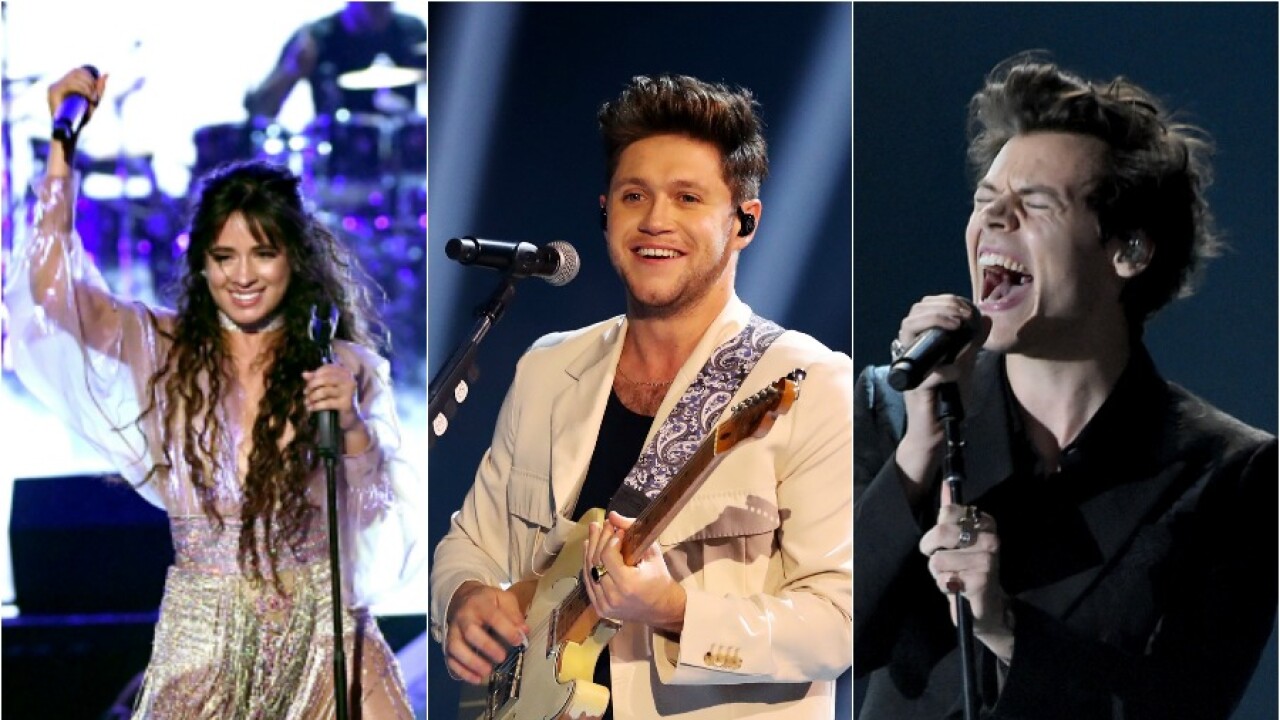 PHOENIX — It is that time of the year! As people are prepping for Thanksgiving and the holidays, artists are preparing to take their music on the road. A number of artists and groups have announced spring and summer tours with stops planned right here in the Valley.

Here are some of the most recent announcements that you may have missed.

KISS is headed back to Phoenix for an encore performance. The Rock & Roll Hall of Famers recently announced the final leg of their End of the Road World Tour, which will start Feb. 1, 2020 in Manchester, New Hampshire and end on July 21, 2021 in New York and a yet-to-be-announced venue. They were last in Arizona in February 2019 when they performed at Glendale's Gila River Arena. On the new leg, they will stop at Phoenix's Ak-Chin Pavilion on Sept. 29, 2020. Tickets are scheduled to go on sale on Friday, Nov. 22 via LiveNation.com. Presale tickets for the band's Kiss Army fan club members and Citi cardholders begin Nov. 20 at 10 a.m. Meet-and-greet experiences will be available on Tuesday, Nov. 19 at 10 a.m. via the band's website, Kissonline.com.

Can you hear the screams? Harry Styles is headed to Phoenix. The former One Direction band member is scheduled to bring his " Love On Tour " tour to Gila River Arena in Glendale, Arizona on Saturday, Aug. 29, 2020. American Express card holders in certain markets can begin buying tickets on Monday, Nov. 18, 2019 at 10 a.m. through Thursday, Nov. 21, 2019 at 10 a.m. Fans can also pre-register to purchase tickets through Ticketmaster's Verified Fan program. Each ticket comes with a copy of Styles' upcoming CD, Fine Line, which is set to be released on Dec. 13, 2019.

Camila Cabello is hitting the road in support of her sophomore album, Romance , which is set to be released on Dec. 6, 2019. The ex-Fifth Harmony group member and now solo artist is scheduled to bring her Romance tour to Glendale's Gila River Arena on August 12, 2020. Tickets go on sale to the general public on Thursday, Nov. 21, 2019 at 10 a.m. Those with a Mastercard credit card can purchase tickets from 10 a.m. on Friday, Nov. 15, 2019 and 10 p.m. on Sunday, Nov. 17, 2019. Tickets will also be sold through Ticketmaster's Verified Fan program starting at 9 a.m. on Monday, Nov. 18 and 10 p.m. on Wednesday, Nov. 20. Registration for Ticketmaster's Verified Fan is open now. Each ticket will come with a copy of Cabello's Romance album.

It is sort of a One Direction reunion. As you read above, Harry Styles, former 1D band mate with Niall Horan, is headed to Phoenix next summer on his solo tour. Before that, Horan will head to Arizona on his own solo tour, which is scheduled to stop at Gila River Arena in Glendale, Arizona on Friday, May 15, 2020. In November, Horan released the first single, "Nice To Meet Ya," off his upcoming album. Tickets are on sale now. Each ticket will come with a physical copy of Horan's CD.

After bringing their tour to Glendale's Gila River Arena in October, Tool is headed back to the Valley of the Sun. They will stop at Gila River Arena for an encore performance on Jan. 18, 2020. Tickets go on sale to the general public at 10 a.m. on Friday, Nov. 15, 2019. A limited number of VIP packages are available for "Tool Army" members at Tool's website, Toolband.com. The band released its latest album, Fear Inoculum, on August 30.

Don't stop believing! Journey and the Pretenders have teamed up for a 60-stop tour across north America. They are scheduled to stop at Ak-Chin Pavilion in Phoenix on Monday, June 1, 2020. Tickets are on sale now via LiveNation.com. Fans should expect to hear the bands' classic hits, including "Faithfully," "Any Way You Want It," "Wheel In The Sky," "I'll Stand By You," "Back On The Chain Gang," and "2000 Miles."

Due to demand, the Eagles have added a "second and final" show to their Phoenix stop. The band will perform at Talking Stick Resort Arena in downtown Phoenix on Tuesday, April 21, 2020 and Sunday, April 26 (second date). Tickets for the first show are on sale now. Tickets to the second show -- April 26 -- are scheduled to go on sale to the general public at 10 a.m. on Friday, Nov. 15, 2019 via Ticketmaster.com. American Express credit card members can buy tickets between Monday, Nov. 11 and Thursday, Nov. 14 (ends at 10 p.m.).

After their highly successful summer tour, Zac Brown Band has extended its Owl Tour into the spring. The country band is scheduled to stop at Ak-Chin Pavilion in Phoenix on Saturday, March 28, 2020. Tickets will go on sale to the general public at noon on Friday, Nov. 22, 2019 via LiveNation.com. Members of the band's fan club, Zamily Fan Club, can buy pre-sale tickets at noon on Tuesday, Nov. 19. Citi card holders can buy pre-sale tickets between Wednesday, Nov. 20 and Thursday, Nov. 21.

The lineup for next year's Birds Nest concert series has been set. Miranda Lambert, Dierks Bentley, G-Eazy, and Kygo will each headline one of the four nights, which runs Jan. 29-Feb. 1, 2020. Miranda Lambert will be joined by country singer Cody Johnson on Jan. 29, 2020. Arizona's own Dierks Bentley will perform on Jan. 30; Kygo on Jan. 31; and G-Eazy on Feb. 1. Special guests for Bentley, Kygo, and G-Eazy have not yet been announced. General admission tickets are $75 and VIP are $285 are on sale now through the Bird Nest website, https://coorslightbirdsnest.com. General admission tickets for Dierks Bentley's concert are sold out, but VIP are available, at last check.

Rage Against The Machine. Maybe?

If a post on a now-verified Instagram account and numerous news reports are true, Rage Against The Machine is getting back together and has at least five shows planned for next year, one of which is listed in Phoenix and two that are possibly linked to Coachella. The Instagram post listed the Phoenix date as March 30, 2020, though it does not list a specific venue or any information about when tickets would go on sale. We will have to wait and see on this one.