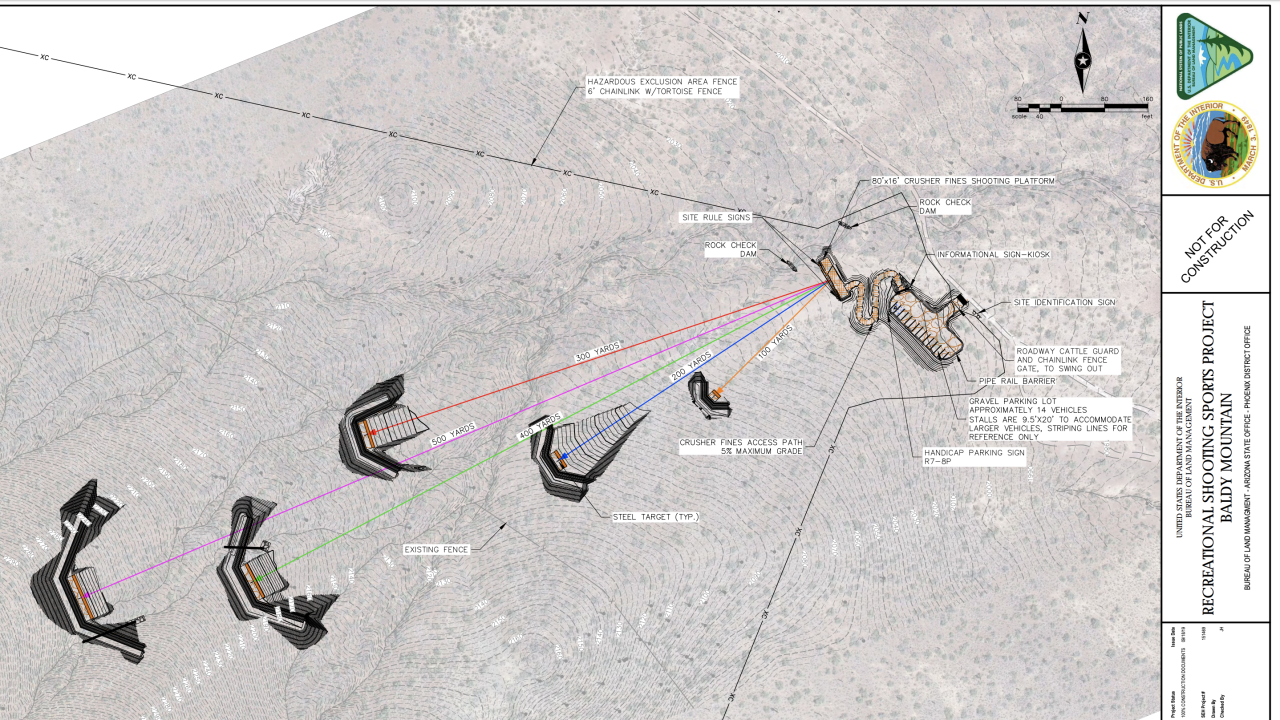 PHOENIX — The Bureau of Land Management's Phoenix District said Monday said it would break ground and begin construction this week on the first of five planned outdoor recreational shooting sites in Arizona.

The five sites are located on BLM-managed land around the Phoenix area. Here is where the five shooting sites will be located:

The Baldy Mountain site (proposed layout embedded below) will be the first to be built, which began construction on Monday, May 4, and could take approximately six months to complete, BLM said in its news release. A spokesperson told ABC15 that the site could potentially open in November.

As for the remaining four sites, a spokesperson said the construction timelines would vary and that some sites could take six months or longer. It was not exactly known when those sites would begin construction or open, but would likely be staggered.

“We are very proud to be breaking ground on the Baldy Mountain site, the first developed shooting sports site in our 2.5 million-acre district,” said Phoenix District Manager Leon Thomas in a news release. “This has truly been a collaborative process involving many valuable stakeholders, including partners and public land users.”

According to the "Final Environmental Assessment" about the project, here are some of the features that each location is expected to have (not all features listed below):