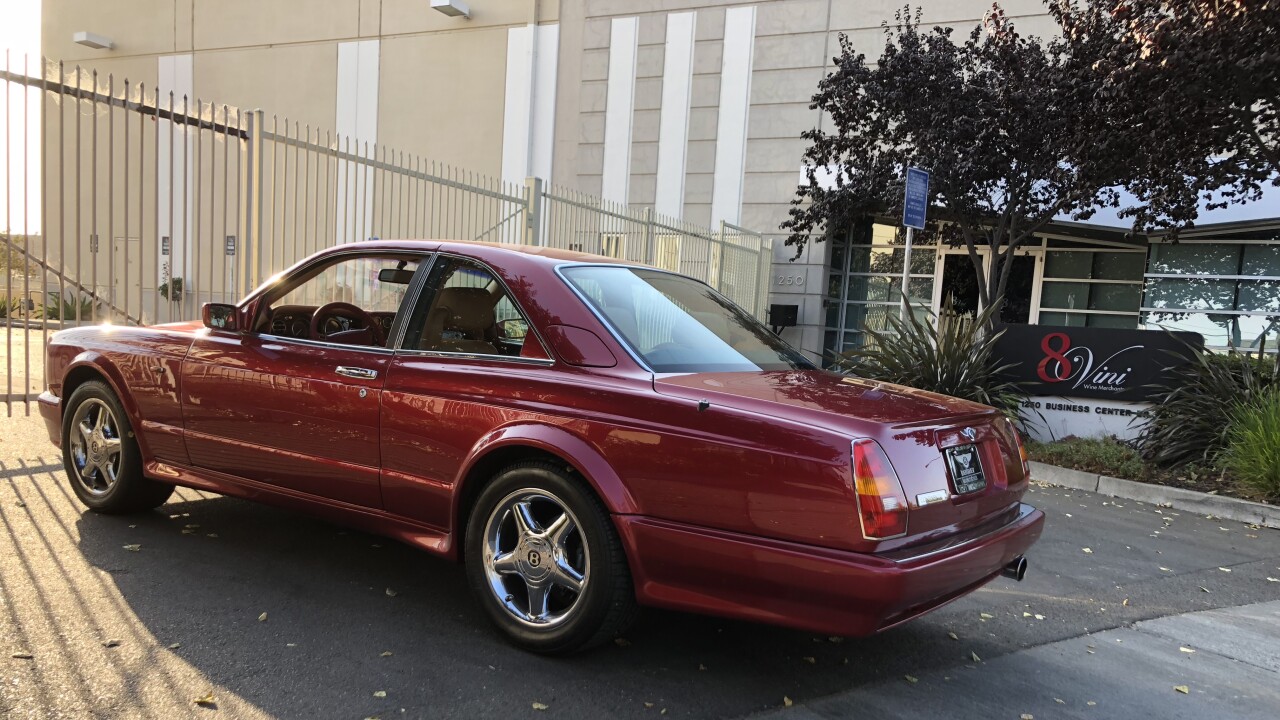 PHOENIX — A 1998 Bentley Continental T Coupe once owned by actor Will Smith is scheduled to be sold at Russo and Steele's collector car auction in north Scottsdale later this month.

According to the online listing, the coupe is considered to be "very rare" one of 14 "RSE Continental T's" in the U.S. market. It has also had more than $40,000 in documented work completed, including wood restoration, factory-supplied carpets and new lambswool rugs, according to the online docket.

Russo and Steele is one of a handful of high-profile auto auctions that are scheduled to take place in the Valley over the next two weeks. Russo and Steele focuses on European cars, American muscle cars, hot rods, and customs, according to its website.

The other auctions are Barrett-Jackson, Gooding and Company, RM Sotheby’s auction, and Bonhams.

It is not the only Hollywood car to be auctioned at Russo and Steele: A 1963 Bentley S3 Continental James Young once owned by Dudley Moore, an English actor who appeared in several films between the 1960s and 1980s (he died in 2002), is also set to hit the auction block.

According to the online docket, the vehicle is one of 20 James Young Alloy-Bodied S3 Continentals and has had $25,000 in work. It originally was Tudor Grey.

Over at Barrett-Jackson, 21 vehicles or motorcycles once owned by the late "Fast and Furious" actor Paul Walker are set to hit the auction block, as well as a 1977 Bronco and a 2009 Bentley Azure Convertible from former American Idol judge Simon Cowell's collection. Read more.