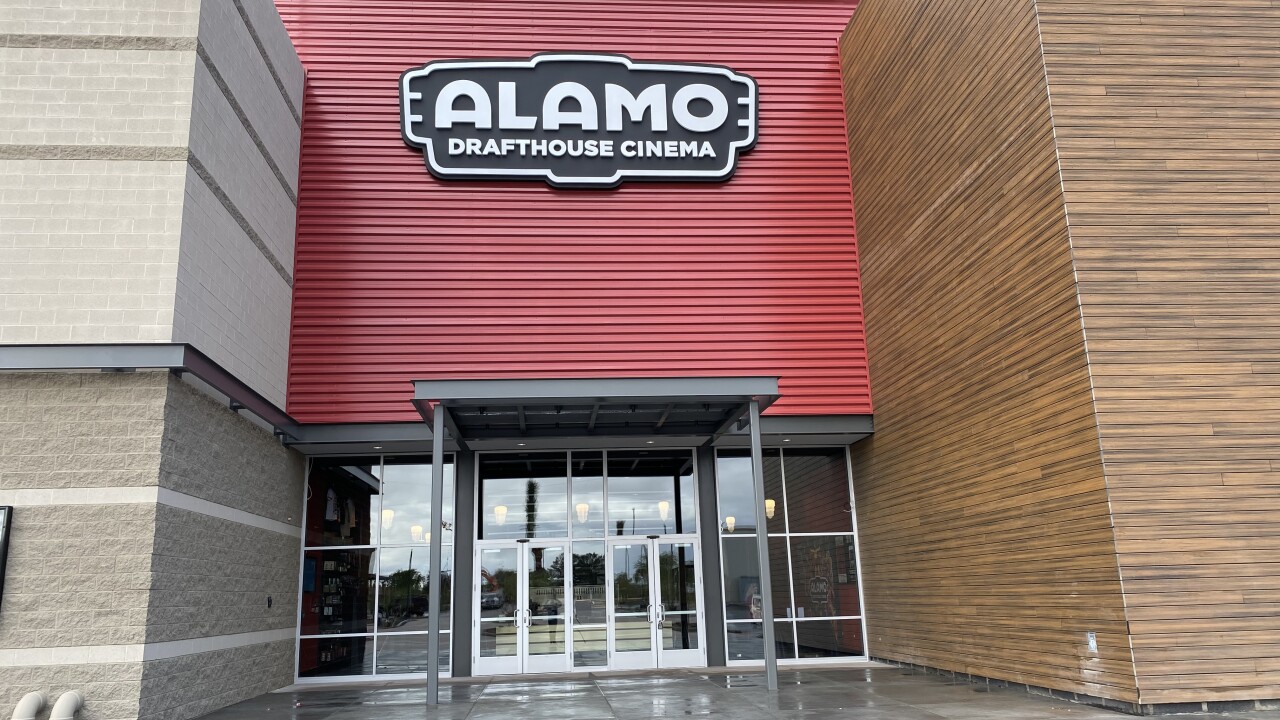 PHOENIX — The franchise owner of Alamo Drafthouse's three dine-in movie theaters in Arizona confirmed Thursday that he has filed for bankruptcy protection, citing the economic impacts as a result of the COVID-19 pandemic.

"I’m sad to confirm that due to the impact of the COVID-19 shutdowns, our three Alamo Drafthouse franchise locations in the Phoenix area have been forced to file for Chapter 11 bankruptcy protection," said Craig Paschich, owner of Paschich Alamo Holdings LLC, in a statement to ABC15, released through a PR agency.

Alamo Drafthouse has three locations in Arizona: Chandler, Gilbert, and Tempe. The Chandler theater opened in 2016, followed by Tempe in 2018, and, most recently, Gilbert in 2019. The theater chain's headquarters are based in Austin, Texas.

News of the bankruptcy, which was filed in Arizona on Wednesday, was first reported Thursday by the Arizona Republic.

"Our intention is to use this opportunity to reorganize our finances and plan for the road ahead. We’re also currently working closely with the corporate team in Austin to determine our next steps," Paschich said. "We’ve been privileged to have spent the past four years sharing the films we love with our friends in the Phoenix region, and we hope that taking these steps will put us on track to open in the future."

Movie theaters in Arizona, like restaurants and bars, were ordered to close in March as efforts to slow the spread of coronavirus in the state were amplified. In the last two weeks, Arizona Gov. Doug Ducey has begun to lift some of those restrictions, allowing stores, restaurant dining rooms, hair salons, barbershops, massage therapists, community pools, and fitness centers to reopen.

Related: Indoor shopping malls around Phoenix to reopen Saturday: What you need to know
Related: When can you expect pools, water parks to reopen around the Valley?
Related: Salt River Tubing to reopen on May 16: Here are the changes they're making

Ducey said this week that the state's stay-at-home order would be allowed to expire on Friday, May 15, but said people should continue to follow CDC guidelines, including washing their hands and practicing social distancing. When the order expires, movie theaters can technically reopen, a spokesperson for the governor's office confirmed to ABC15 reporters. Additional guidance is expected to be released this week.

However, even with the OK to reopen, no movie theaters, big or small, have announced plans to quickly reopen.

Harkins said it does not plan to reopen until sometime in the summer, especially when the big movie studios begin to once again release films in theaters (as it stands now, Tenet is set to be released on July 17, following by Disney's Mulan on July 24, and Wonder Woman 1984 on August 14).

"Although we are not planning to reopen our theatres now, we are anxious for the day that we can safely and responsibly welcome guests back into our theatres to watch movies on the big screen, where they are meant to be seen," Harkins said in a statement "As we make plans for our expected summer reopening, the health and well-being of our guests and team members remains our highest priority."

Harkins has, however, been selling large bags of popcorn and nacho kits curbside at some of its theaters on weekends for curbside pickup. Details on that can be found on its Facebook page.

Michael Pollack, who owns Pollack Tempe Cinemas, a small discount movie theater in Tempe, also said he does not plan on reopening his theater until "we feel comfortable that we can do it safely."

"Our number one priority has never been about profit or loss. It has always been about delivering a unique fun family experience at a very affordable price. The safety of our employees and our valued customers is not something that we take lightly and when we feel comfortable with a realistic plan that can accomplish our goals we will consider reopening," he said in a statement.

AMC, Roadhouse Cinema, and Regal Cinema, which all have at least one location in Arizona, have not announced their reopening plans or responded to our request for comment.