When can you expect pools, water parks to reopen around the Valley? 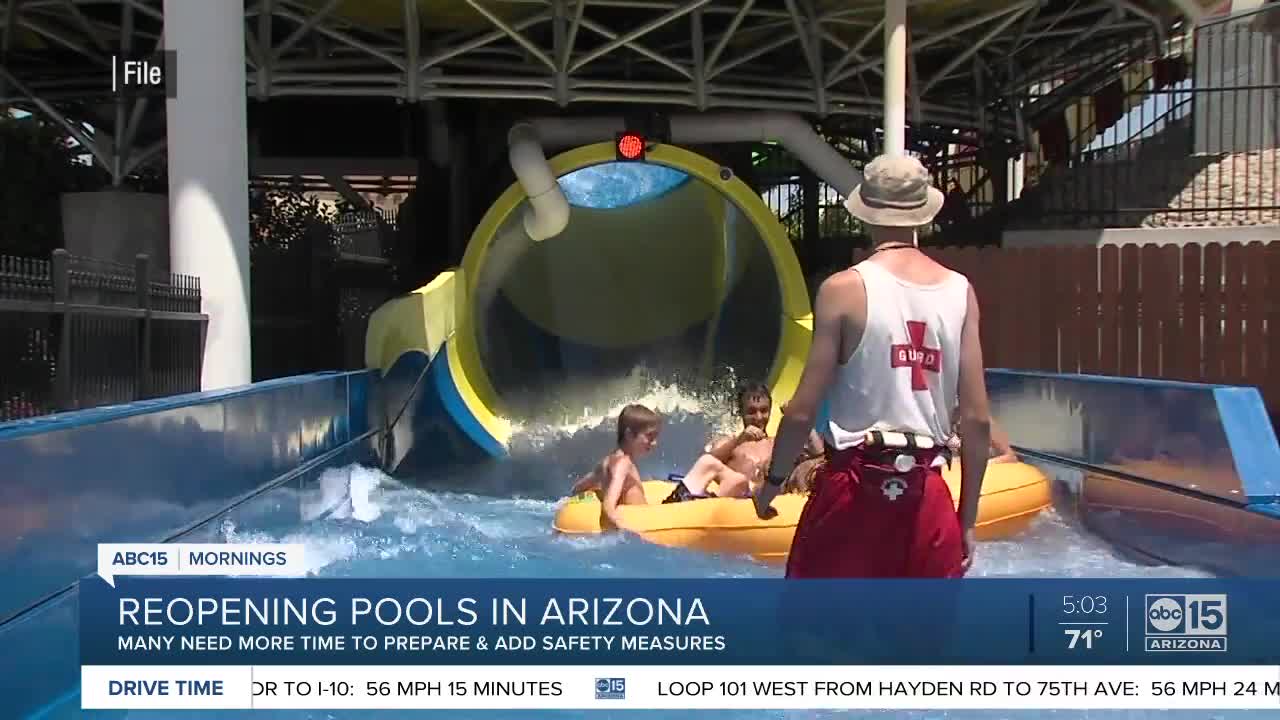 Pools are allowed to reopen, but several cities are not yet opening. 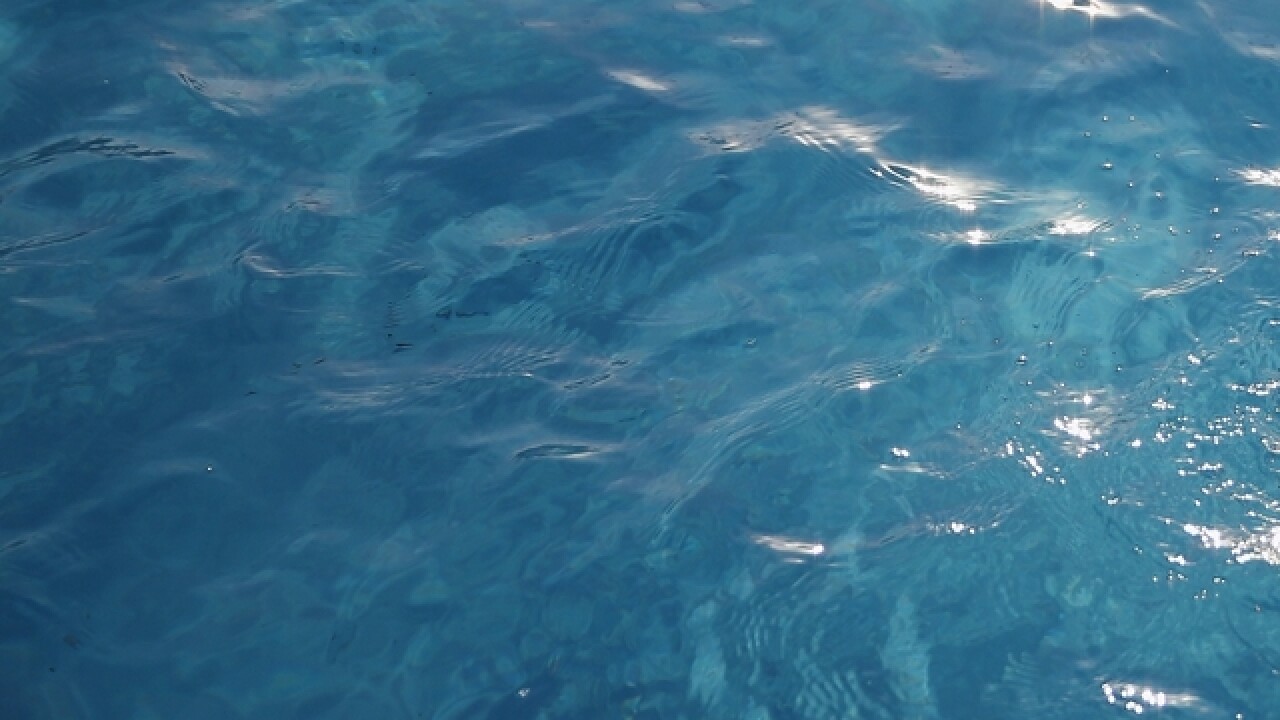 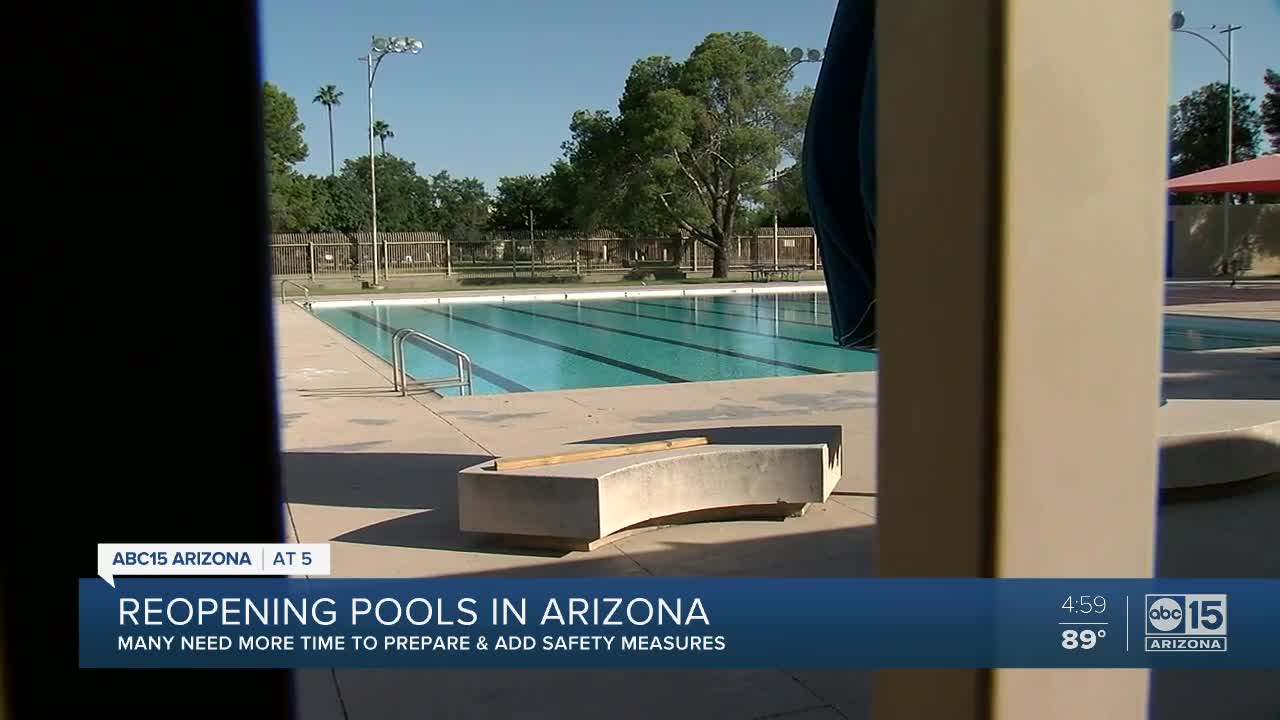 PHOENIX — Arizona Gov. Doug Ducey gave the OK this week for community pools at city-owned parks and facilities, apartment complexes, hotels, and neighborhoods to reopen, some as early as Wednesday, May 13.

What are the rules for community pools reopening in Arizona? https://t.co/CxttByU29A #abc15 pic.twitter.com/FR6x1vrNzp

However, despite that OK, plenty of cities, towns, and water parks in and around Phoenix said their pools would not open that quickly. Many telling ABC15 that it will take time to not only implement guidelines for cleaning and social distancing, but it will also take time to hire and train enough people to work at those pools.

ABC15 reached out to different cities, towns, and attractions on Wednesday to see what their plans were. Here is what we learned.

Golfland Sunsplash reopened some of its smaller attractions last week, including bumper cars and go-karts, but its water slides and wave pool remained closed. Now that those restrictions have been lifted, when will some of those water-based rides and slides reopen?

In an email, the marketing director for Golfland Sunsplash in Mesa, said the attraction would have a "very limited set of water-based attractions" open and the amount of people allowed in the parks would be limited.

The Oasis Water Park at the Arizona Grand Resort and Spa will reopen on Friday, May 15, according to the resort's website.

Hurricane Harbor Phoenix remains closed and an opening date has not been announced. "Six Flags Hurricane Harbor will share reopening plans as they are finalized," the company said in a statement.

Great Wolf Lodge said all of its resorts and indoor water parks would remain closed through June 15. Currently, they are expected to reopen on June 16.

In a March Facebook post, Big Surf said it would close to follow the safety guidelines surrounding the COVID-19 pandemic and anticipated reopening sometime in March. The water park has not announced any new information since Gov. Ducey lifted his restrictions on pools.

In a news release Tuesday evening, the City of Phoenix Parks and Recreation Department said it would need at least 30 days to properly train its staff and reopen its 29 community pools.

"In response to guidance received today (Tuesday) from Governor Doug Ducey that relaxes standards for utilizing public swimming facilities, the Phoenix Parks and Recreation Department will work with the Phoenix City Council to determine a plan to safely operate its pools with the health and well being of staff and customers at the forefront of concern," the city said. "Once the City Council provides feedback, the Parks and Recreation Department must be allowed 30 days to prepare its pools for aquatics-related activities. It takes that amount of time to complete hiring and training of staff and to prepare the pools for swimmers."

The City of Glendale said its aquatic centers, pools, and splash pads will remain closed for a while longer.

In an email to ABC15, the city said: "We have a plan for when we anticipate opening community pools and splash pads but based on the Governor’s Executive Order we are reviewing the plan and will be making adjustments. We’ll let you know when we have updates."

The Town of Gilbert has four pools or aquatic recreation centers. In an email, a spokesperson told ABC15 that "our team is currently working on finalizing our phased reopening plans." However, details on those plans have not yet been announced.

The City of Tempe is also not quite ready to reopen its pools or splash pads.

Shawn Wagner, deputy director of Tempe Parks and Recreation, said the department, said his team wants to get their pools open as quickly as possible, but that it needs to be done safely. He said the city is working to bring back and train 150 lifeguards who were furloughed because of the pandemic, as well as make sure they have enough personal protective equipment, or PPE, cleaning supplies, and are following the CDC-recommended guidelines, all aspects that logistically take time.

"We're trying to do our best to get it open. But we want to do so in such a way that's safe for our employees, as well as the community," he said in an interview with ABC15 on Wednesday.

Some pools, aquatic centers, and aquatic classes will resume on Monday, May 18, according to the City of Chandler's website. Splash pads will reopen on Saturday, May 16 when Arizona's stay-at-home order expires.

According to the city's website, Tumbleweed Recreation Center, Environmental Education Center, Snedigar Recreation Center and Community Center will reopen on Monday, May 18. The Desert Oasis, Mesquite Groves and Nozomi aquatic centers will open for lap swimming and "Aqua Fit" classes on May 18. Currently, open swim is closed.

Adam Bass, the City of Chandler's Community Services Director, said a limited number of open swim sessions could begin as early as Memorial Day weekend. Fully reopening the city's Chandler pools will take some time to ensure safety is enforced and that there are enough people, including lifeguards, working. The city is currently hiring for lifeguards, he said. You can apply, here.

A spokesperson for the City of Scottsdale said its pools would not open on Wednesday, but that the city is "working on a schedule" and would have further details to share later in the day.

In a news release, the City of Surprise said its pools, recreation centers, and splash pads would remain closed for the time being due to budget concerns related to the COVID-19 pandemic, as well as the ability to follow updated CDC guidelines.

"The city is taking public health and our fiscal responsibility seriously as we look at a reopening plan. We must consider budget impacts related to COVID-19 to see what amenities we can afford to open. We must also adhere to health and safety recommendations by the CDC and orders from the governor’s office," a statement said.

"Opening our pools takes staff, including coaches and lifeguards, and chemical costs to treat the water. The fees we charge our residents for recreation programs don't recover the true costs to operate as we see these as quality of life amenities for our city. When an economic downturn affects our budget, we must balance these amenity costs with the life-saving public safety costs of police, fire, ambulance and essential city services like water, sewer and trash. Our residents can count on these essential services to remain uninterrupted," the statement continued.