A rooftop bar to open in downtown Gilbert: What we know about 'Ilegal Modern Cocktail Kitchen'

Erika Rode, owner of Bitters Bar & Food in Scottsdale, and Lynne King Smith, the founder of TicketForce, an internet ticketing platform, and owner of Building 313, have partnered to open Ilegal Modern Cocktail Kitchen, an Agave spirits-focused bar and restaurant, on the top floor of Building 313, which sits near Vaughn Avenue and Gilbert Road (they are using the Spanish spelling and pronunciation of the word, "illegal").

The building is also home to The Brass Tap, which opened in March 2018 on the ground floor, and sits between Dierks Bentley's Whiskey Row, Bergies Coffee Roast House, Topo, and Joe's Real BBQ.

The 1,800-square-foot bar will be split evenly between the inside and outside with the bar in the middle, said Smith. The patio will have some shades covering it, but will still have an outdoor feel.

Ilegal Modern Cocktail Kitchen is slated to open in December or January, depending on construction, Rode said. 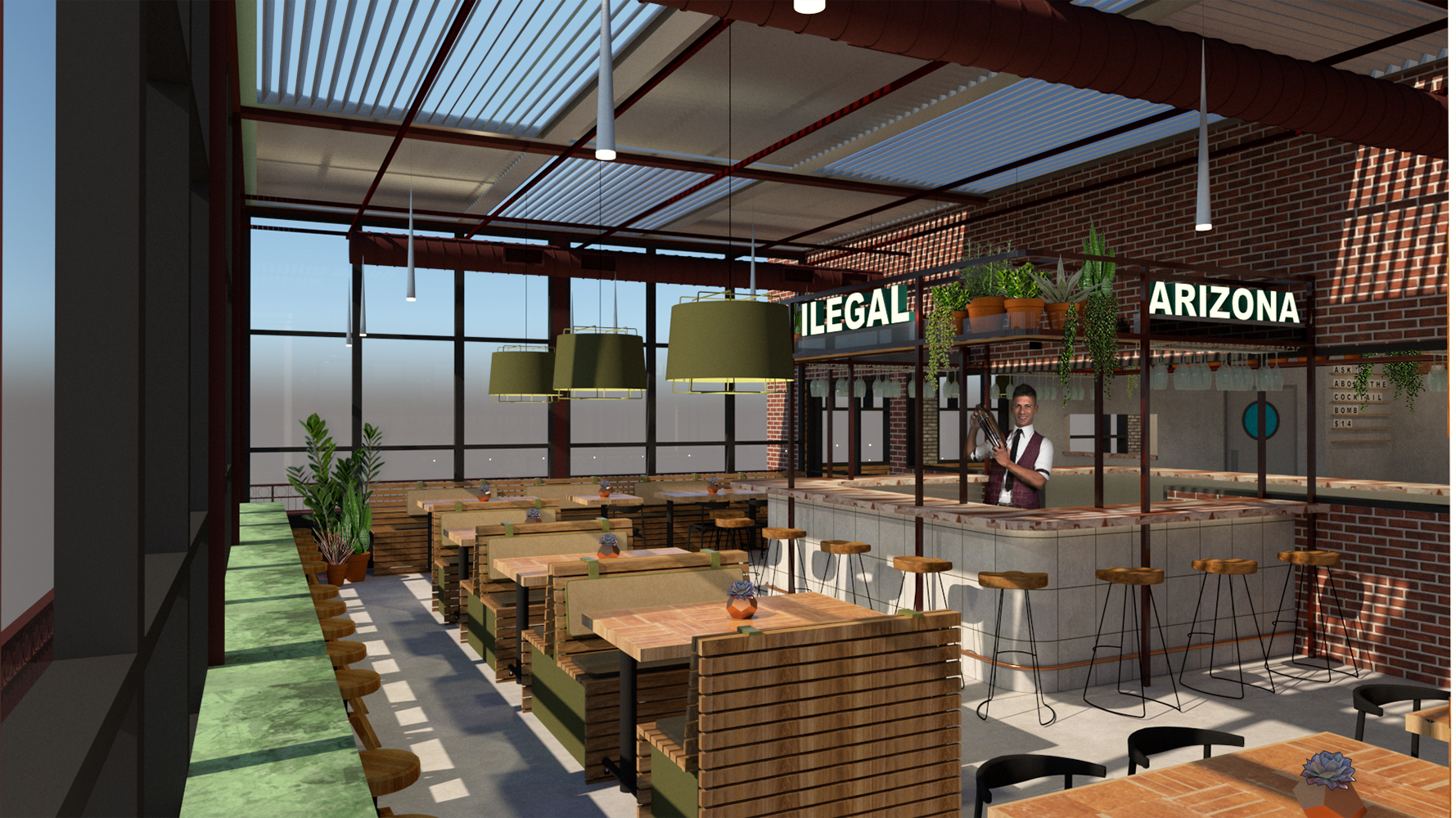 In an interview with ABC15 on Tuesday, Rode said Ilegal Modern Cocktail Kitchen, whose motto is "let's do something illegal," is looking to shine a light on the ingredients and flavors found in the Sonoran Desert and Arizona and, in Rode's words, push the boundaries on how they can be used in food and cocktails.

"I really wanted to take my passion for small-batch, fresh made-to-order dishes and drinks and apply it in a way that we could really bring tribute to and highlight Arizona because you do not really find that in this Valley very often," she said. "There’s not a lot of options for somebody to come to this amazing state and get stuff that is truly inspired by the state that they’re in."

Ingredients could include Prickly Pear fruit and other cactus fruits, and beans from Palo Verde and Mesquite trees, she said.

"The other neat thing is all over there are a ton of options around our great state for leafy greens and edible flowers. So, we'll really focus on using some of those unique ingredients, something foraged, something from our backyard in every dish," she said.

Rode said the menu was still being worked on and did not want to divulge too many details, but said the idea is to offer a variety of small plates intended to be shared among a group, while also offering heftier entrees.

She specifically mentioned a dish that is similar to how edamame is served, but using Mesquite beans, as well as trail mixes. 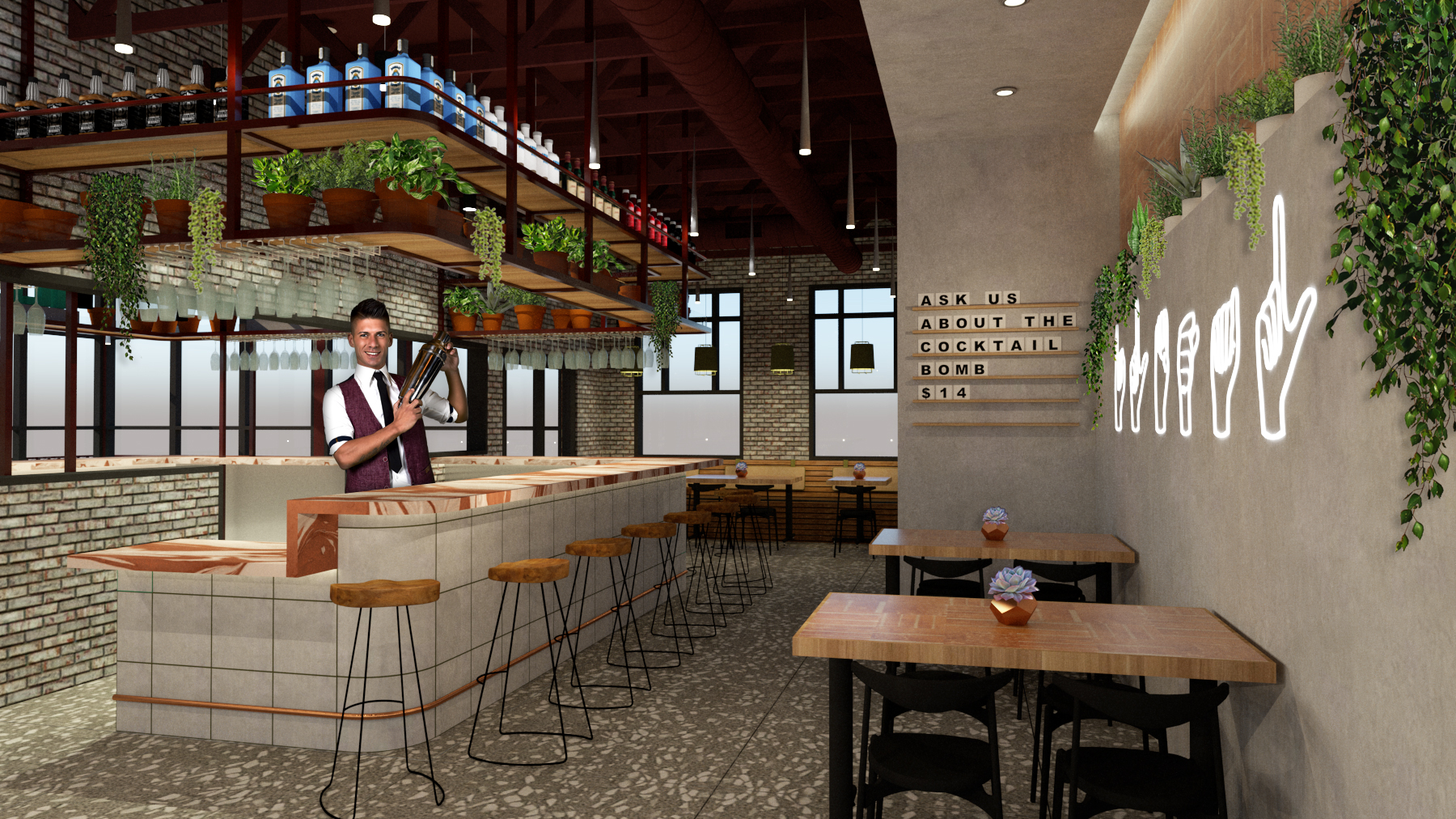 Behind the bar, Rode said people could expect to see a lineup of cocktails that feature Agave spirits, including tequila, mezcal, Bacanora, even vodka distilled from Agave. She also wants to tap into cannabis, CBD-infused, and smoked cocktails, she said.

"A lot of the cocktail program will be inspired with smoking devices, elevated three-tiered infusion towers, aged cocktails," she said. As she does at Bitters, most of her syrups, mix-ins, and bitters would be made in-house.

"Tribute to the classics, but with a very artful approach in giving an experience that they are pushing boundaries and experiencing something unique," she said.

The opening marks a series of new restaurants and upcoming projects happening in downtown Gilbert.

In April, Sam Fox's Culinary Dropout at The Yard opened a 25,000-square-foot restaurant within the Heritage District, across the street from Barrio Queen and Lo-Lo's Chicken & Waffles.

It joins O.H.S.O. Brewery & Distillery; Topo, Joe Johnston's snack shack that has a larger-than-life gopher on top of it; Clever Koi; and Dierks Bentley's Whiskey Row, which have all opened within the last five years.

More development is on the way.

Level One Arcade, an 80s and 90s-themed arcade and bar, is expected to open this fall in the former Grubstak space.

Next door, the former Even Stevens Sandwiches restaurant space has been divided into two separate spaces and will house Kaleidoscope Juice and Fifth Estate Tattoo. Kaleidoscope is expected to open in the fall, possibly October, according to owner Alexandra Maw.

Fifth Estate Tattoo is relocating its business from the Heritage Court building after its space was sold, said manager Reta Evans in an email. It should reopen in the next couple of months, Evans said.