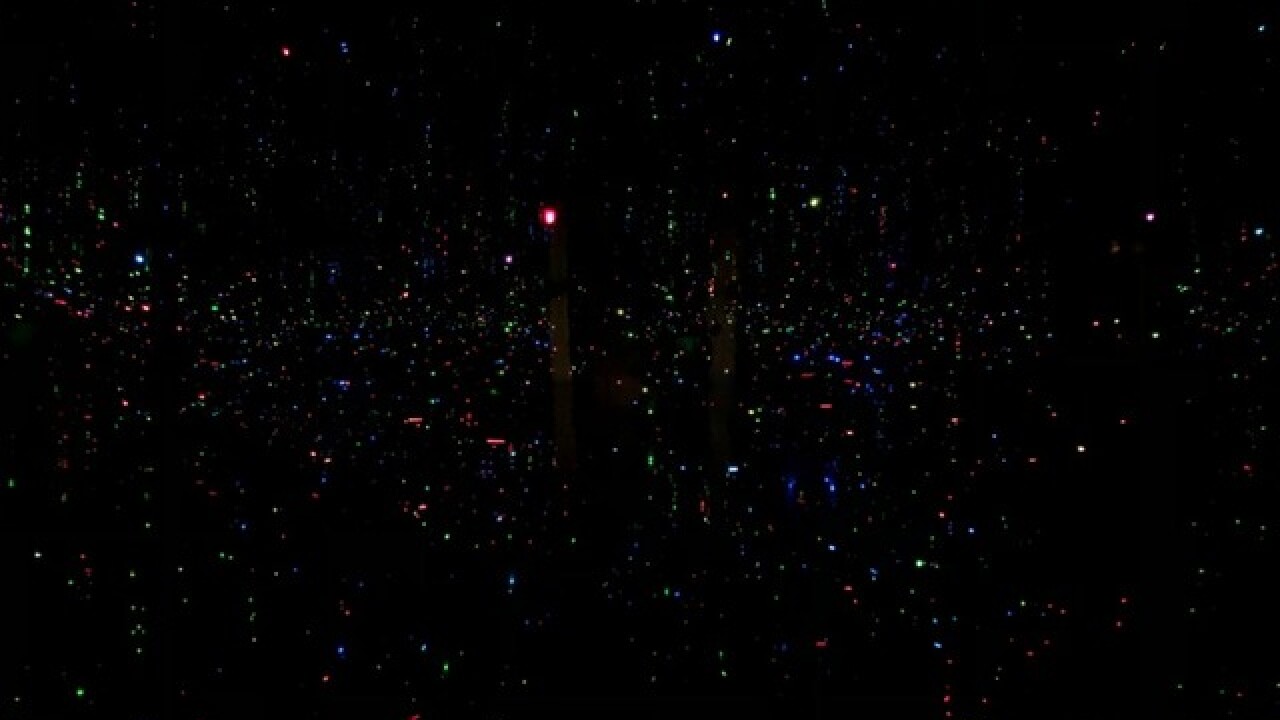 Yayoi Kusama’s " You Who Are Getting Obliterated in the Dancing Swarm of Fireflies " has been a staple at the Phoenix Art Museum for more than a decade.

Nearly 200 strands of lights of varying lengths are suspended from the ceiling while 26 mirrored panels give the illusion that the lights go on forever, according to Margaree Bigler, public relations and digital communications manager for the museum.

The room itself is dark. A 24-by-24 foot square that is completely dark, aside from the blinking lights that illuminate, dim, and then change colors.

Experience it for yourself within the 360-degree video below:

It is included with regular museum admission, which varies between $9-$23 per person.