'Chewbacca mom' gets her own action figure 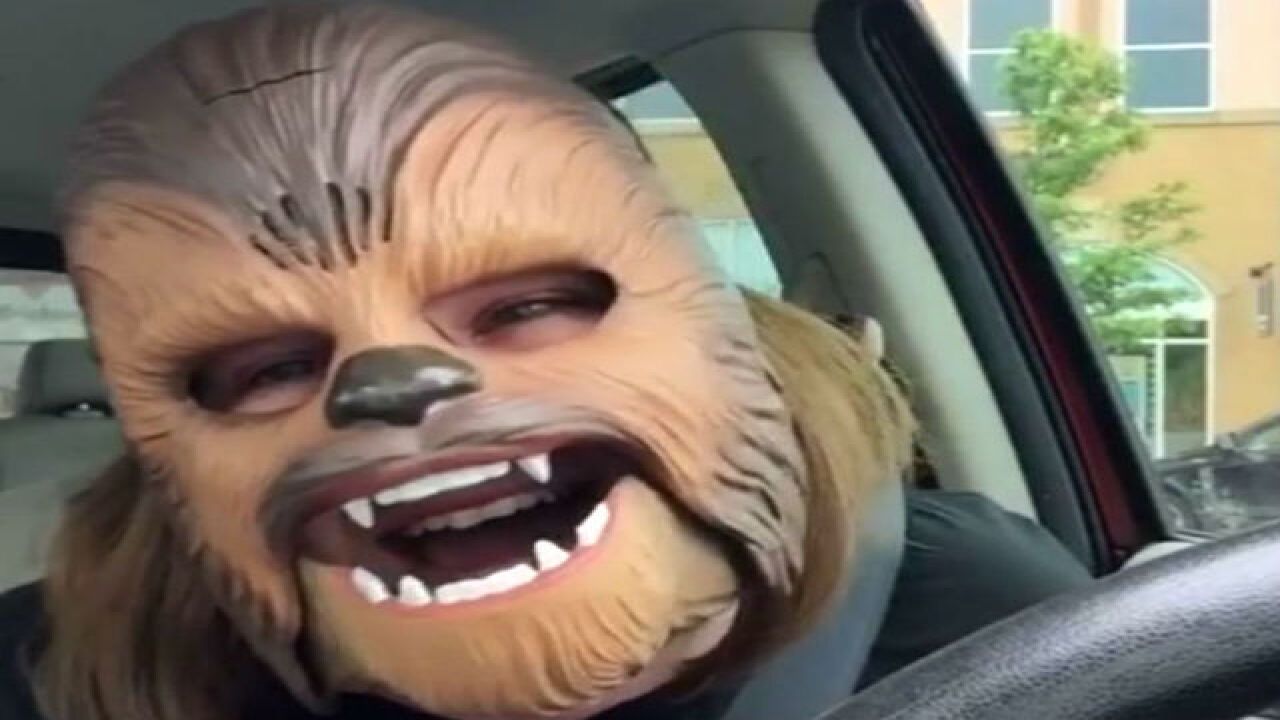 If you haven't seen the video, you must live under a rock.

Candace Payne made a Facebook Live video on May 19 of herself going into hysterical fits of laughter as she tried on a Chewbacca mask that she just bought.

The video's now been seen more than 157 million times.

Payne's latest claim to fame is her own one-of-a-kind action figure.

She was presented with the action figure at Hasbro headquarters in Pawtucket, Rhode Island over the weekend.

The figure features Payne's face on top of the "Star Wars" Chewbacca's body. It also includes a removable Chewbacca mask and 13 catch phrases, according to Hasbro.

According to Time magazine , Payne's made almost $500,000 since her video went viral, including $400,000 in college scholarships for her family.