Trump on the mind at the Oscars in jokes, protest 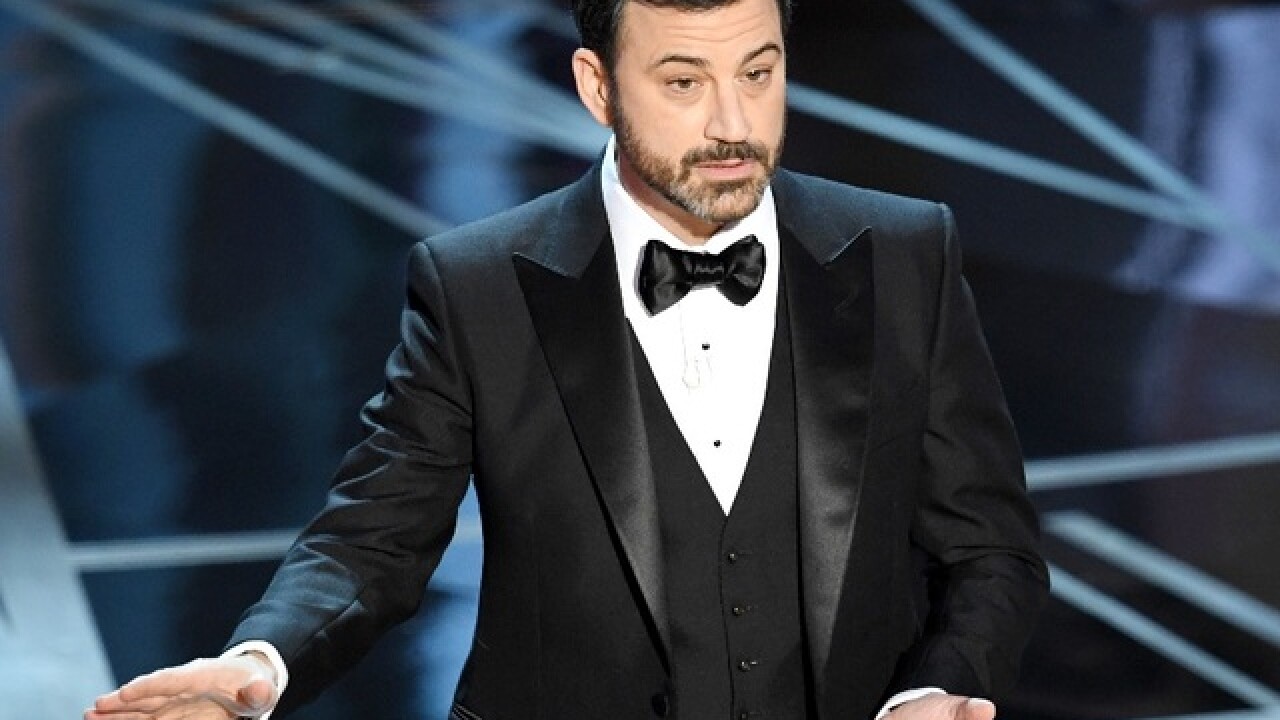 President Donald Trump was never far from mind on Oscar night, but with one exception Sunday, the political speeches were left at home.
Midway through the evening, host Jimmy Kimmel tried to get a rise out of Trump by tweeting to him on the air. By the show's end, the leader of the free world hadn't taken the bait.
Kimmel joked about Trump several times, and made an elaborate point of calling attention to Trump target Meryl Streep. For the most part, Academy Award winners thanked mom, their directors and seemed -- or acted -- overwhelmed by the honor. Streep, whose Golden Globes attack on the soon-to-be president overshadowed those awards, stuck to her script when she appeared on stage to give an award.
Iranian filmmaker Asghar Farhadi, winner of the Oscar for best foreign film, boycotted Sunday's ceremony, citing Trump's travel ban of several predominantly Muslim countries, including his own. He sent Iranian astronaut Anousheh Ansari to read a statement for him.
"My absence is out of respect for the people of my country and those of other six nations whom have been disrespected by the inhumane law that bans entry of immigrants to the U.S.," Ansari said, quoting Farhadi. "Dividing the world into the us and our enemies categories creates fear."
All six directors nominated in the category issued a statement two days before the ceremony criticizing the "climate of fascism" in the U.S.
Marlon Brando's decision to send American Indian Sacheen Littlefeather to accept his best actor award in 1973 essentially began the modern marriage of Oscar and politics. But it was still so unusual that when documentary producer Bert Schneider talked about the Vietnam War two years later, Frank Sinatra later read an apology on-air.
Since then an Oscars podium has been used several times for political causes: Vanessa Redgrave on behalf of Palestinians in 1978, Michael Moore to denounce President George W. Bush in 2003, Sean Penn to boost gay marriage in 2009, Patricia Arquette to advocate for equal pay for women in 2015 and Leonardo DiCaprio to talk about climate change last year.
At the end of his monologue, Kimmel said of audience members that "some of you will get to come up on stage here and give a speech that the president of the United States will tweet about in all caps during his 5 a.m. bowel movement."
Only Farhadi took a real swing at the president, however.
Kimmel made several allusions to Trump, including one in a joke that brought in the Academy Awards' past controversy over a lack of diversity in nominees. "Remember last year when people were saying the Oscars were racist?" he said.
He referred to the "overrated" Streep, who received a standing ovation from her peers. Following her Golden Globes speech, Trump had taunted her by calling the award-winning actress overrated. Kimmel joked about her dress, saying, "by the way, is that an Ivanka?
Kimmel also referred to White House Press Secretary Sean Spicer's banning of some reporters from a briefing on Friday, saying that reporters from CNN, the New York Times, the Los Angeles Times and others needed to leave.
"We have no tolerance for fake news," he said.
As he introduced the nominees for the best supporting actress award, last year's supporting actor winner Mark Rylance said there should be an award for people who can oppose things without hatred. Trump wasn't named, but the context seemed clear.
If Trump was watching, only Twitter may tell. Asked last week whether the president plans to tune in, White House Press Secretary Sean Spicer said he didn't know. But since there's a governor's ball on Sunday, "I have a feeling that's where the president and the first lady are going to be focused on on Sunday night," he said.
Something that did draw Trump's attention was the announcement that The New York Times would run an advertisement during the ceremony. The president tweeted Sunday that the Times was trying to "save its failing reputation." He encouraged the Times to "try reporting accurately & fairly" in a tweet that had its own inaccuracy: it's not the first time, as Trump had tweeted, that the Times has advertised its wares.
Copyright 2017 The Associated Press. All rights reserved. This material may not be published, broadcast, rewritten or redistributed.