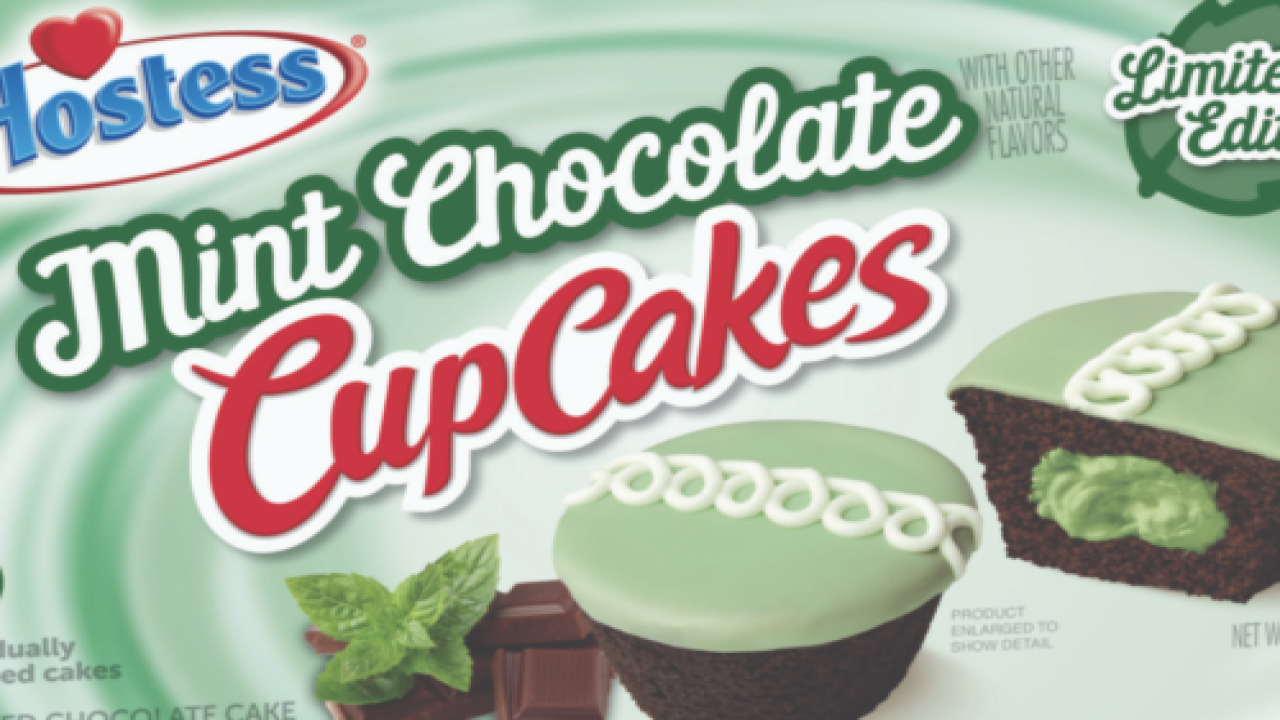 In a sure sign that spring is in the air, Hostess is bringing back their limited-edition mint chocolate cupcakes just in time for St. Patrick’s Day.

The mint chocolate cupcakes are made with a traditional Hostess chocolate cupcake, but instead of white icing, they come with pale mint green frosting and are filled with minty green cream.

The cupcakes are sold in multipacks for around $2.99 a box nationwide at grocery stores like Walmart. A Hostess representative told us they will only be around until March 15 or while supplies last, so bring them home while you can!

While a glass of ice-cold milk (or almond milk in my case) sounds perfect with the cupcake, I’ll do you one better — because this is a time for all things green. How about heading to McDonald’s after picking up your box of Hostess and ordering another mint-chocolate seasonal treat, the new Oreo Shamrock McFlurry.

You could even step it up a notch and not only make your own Shamrock shake, but also make it boozy by blending in some Baileys Irish Cream, vanilla vodka and creme de menthe liqueur.

Oh, and let’s not forget that it’s also Girl Scout Cookie season, which means it’s the best time of year to stock up on Thin Mints.

Meanwhile, if mint isn’t your spring flavor of choice, Hostess told us they’ve also brought back their strawberry cupcakes, plus two limited-edition flavors: new iced lemon and “mermaid,” which were also out in May 2019 and are made with frosted yellow cake and mermaid-inspired decorations.

Instagrammers @ThreeSnackateers spotted all four of the limited-edition flavors at Jewel — which looks like a good place to stock up if you’re thinking you really need to try all of them:

These treats will also only be around until March 15, so you might want to add them to your shopping list now!