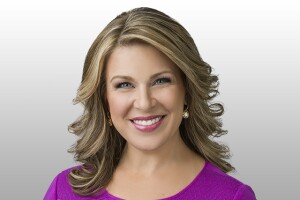 Katie Raml is an Emmy award-winning journalist and anchor of ABC15 News at 5 and 10 p.m.

Katie started her career at KNDU-TV in Kennewick, Washington as a general assignment reporter and then morning anchor. For two years, she anchored the top-rated Northwest Today.

Katie's true passion is reporting. She says she is honored to be your source for balanced news and information important to your life.

In her first year at ABC15, Katie received a Rocky Mountain Emmy for her series on border issues. Her extensive understanding of Arizona wildfires earned her another Emmy for her coverage of fires in Cave Creek. In addition, she also earned an Emmy for anchoring at ABC15. Throughout the years, she has been nominated for several more Emmy Awards.

In 2005, the Associated Press named her Anchor of the Year. That same year, Katie was inducted into the Walter Cronkite Hall of Fame at Arizona State University, recognizing her outstanding achievements in broadcasting.

Growing up in the Valley, Katie attended Laguna Elementary School, Mohave Middle School and Saguaro High School. After that, it was on to the Walter Cronkite School of Journalism and Mass Communication at Arizona State University. She graduated with a B.A. in Broadcast Journalism along with a minor in French.

Despite those accomplishments, Katie says her most important and fulfilling role is being mom to her 3 kids, Mila, Isella and Octavio.

"Our kids are the light of our lives! We love being parents to such happy spirits," Katie says. "We are so grateful for every moment with them!"

Besides hanging with family, she is a travel fanatic, a hiking addict and an obsessed digital photographer. In addition, she ran a marathon for charity, became an avid online social networker and keeps up with her real estate license. Katie also volunteers with several Valley charities and says she feels it's her responsibility to give back to the city where she grew up!