You Can Now Buy A Singing ‘Baby Shark’ Bath Toy 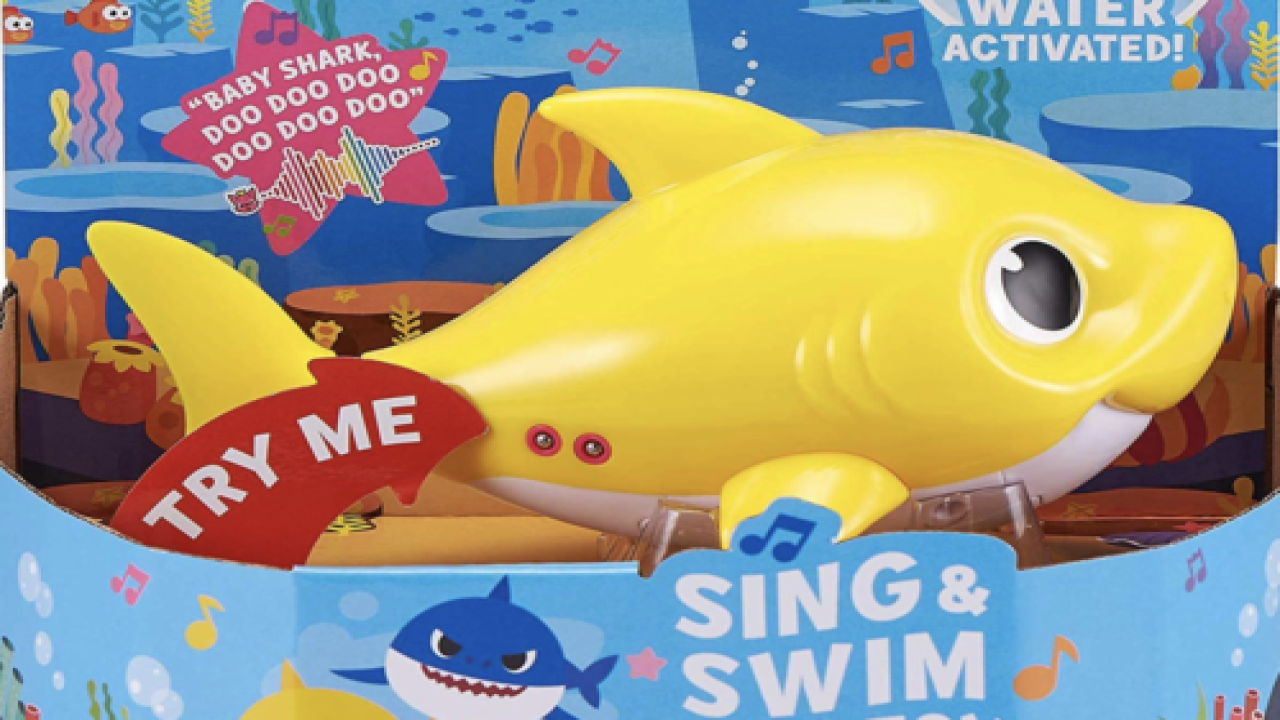 I don’t need to explain to you what Baby Shark is. Korean entertainment company Pinkfong posted a dance version of the “Baby Shark” video to YouTube in 2016 and, since then, it’s been inescapable.

In fact, the song was an instant hit when it was first uploaded, becoming even more popular when social media users in Indonesia began sharing the #BabySharkChallenge. Eventually, the song became one of the most-watched videos on YouTube and landed itself in the Top 40 of the Billboard Top 100.

These days, if someone within my vicinity even whispers the words “baby shark,” the song crawls into my head and stays there for the next three days.

Naturally, a merchandising empire has grown up around the song. Baby Shark bedding. Baby Shark cereal. Baby Shark plushies. Nickelodeon even announced it was launching a “Baby Shark” TV show. At this point, Baby Shark toys are so popular, they tend to sell out almost instantly. Luckily, new toys are always arriving on the market.

Honestly, I can’t believe it’s taken this long for this latest Baby Shark iteration. I mean, isn’t it only natural that we would have a Baby Shark bath toy?

Just place the Baby Shark in the water and it will start playing the “Baby Shark” song. After 4 minutes, it will automatically stop singing. All you have to do is pick it up out of the water and drop it back in to make it start singing all over again.

In addition to the yellow shark pictured above, you can also get this toy in blue and pink.

Batteries are included, though you may want to “lose” them after your child drops their shark back into the water for the 23rd time in a row in a single bathtub session.

As for cost, this bath toy was available at Walmart for just $24.99 but is already out of stock. (Of course it is.) You can, however, sign up to be alerted when it comes back in stock. Or, if you just can’t wait, you can purchase the item for a bit more from third-party sellers on Amazon, but that will run you, on average, $35.

What do you think? Do you have to have this in your life?

We were not paid to write this story. The products and services mentioned below were selected independent of sales and advertising. However, Simplemost may receive a small commission from the purchase of any products or services through an affiliate link to the retailer's website.