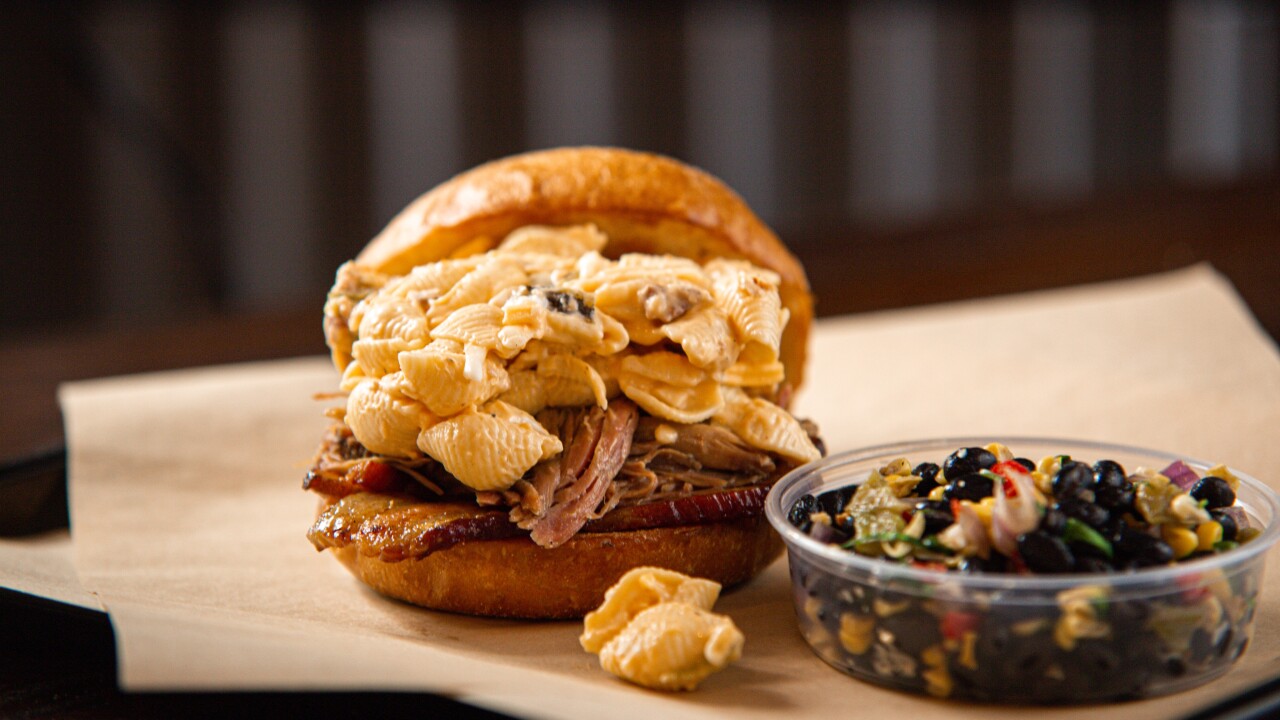 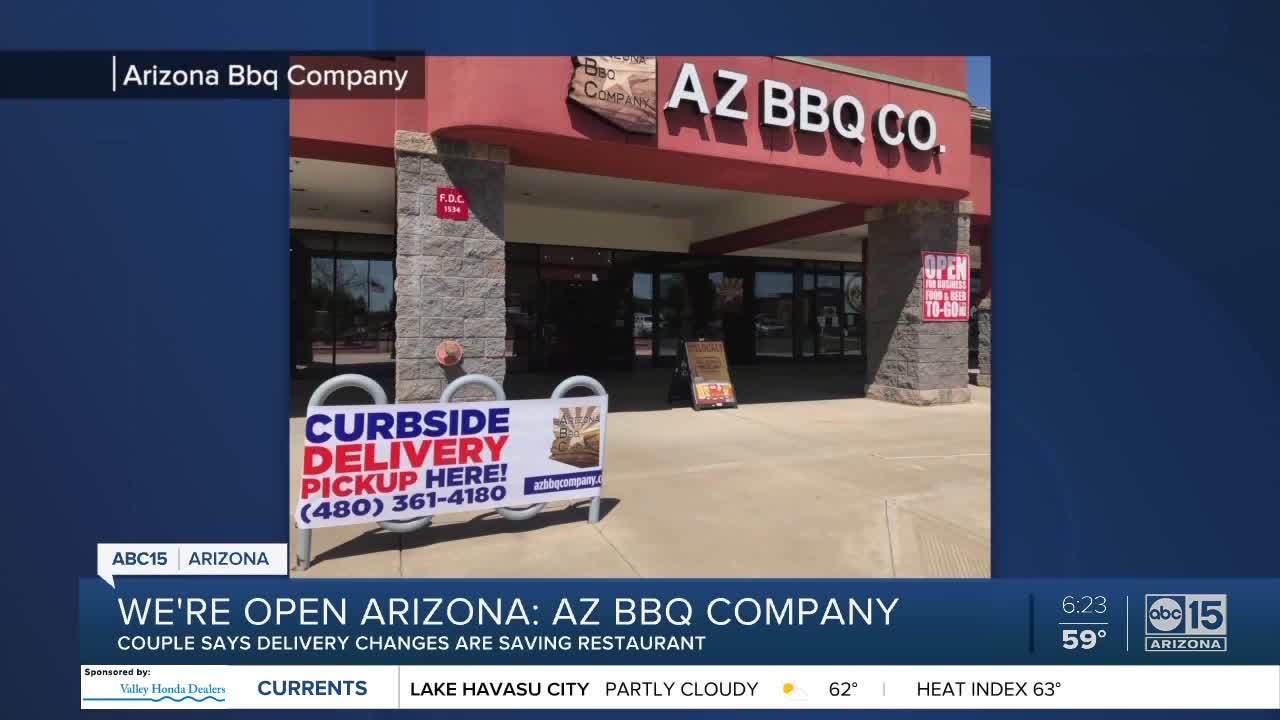 GILBERT, AZ — Pack some extra napkins because our next "We're Open, Arizona" story is all about barbecue!

Mark and Colette Nichols opened their restaurant -- Arizona BBQ Company -- three years ago in Gilbert because they wanted to bring Arizona flavors to barbecue.

“We just felt like we were underrepresented in the southwest,” Colette said during a recent Zoom interview.

Their restaurant is quietly tucked behind a Discount Tire and a Circle K within a shopping center near Ray and Val Vista roads.

“We smoke with Mesquite and Oak. Our mac and cheese has green chilis in it. Our platters come with a choice of tortillas. We just added street corn to the menu,” she said.

Traditional potato salad is swapped for Chipotle potato salad. They have traditional slaw that is tangy and vinegary, but they also have their Tumbleweed slaw, which has a mayo base, Brussels sprouts, and other root vegetables.

“It’s all about those flavors and really getting back to the basics,” she said.

Their meats are served naked — without sauce. Though, they have a selection of sauces that are made in house for those that want it. View their menu.

One of their top sellers, and a relatively new item, is smoked chicken wings.

“Those things take 72 hours before they hit your plate and they’re naked. They don’t need anything,” she said, noting that they are served with a ranch dressing that has escabeche in it.

Like a lot of other restaurants, sales are not what they typically are, but the husband-wife duo is thankful just to be open, to have a busy kitchen, and to have a community that is supporting them.

“We’ve seen some of that drop, but we have seen a ramp up in our to-gos and pickups that we had not seen prior. So trying to fulfill those orders takes us a little more time than plating food, quite honestly,” she said. “We have been humbled by the support we’ve seen.”

People can pick up orders at the restaurant or have them delivered via DoorDash or UberEats.

"We want to be a place in the community where people feel safe and they feel nurtured and they feel comfort and barbecue food is comfort food for a lot of people. So I think that has really worked well for us. Its easy to take home to go, it makes people feel good, it brings up all those great memories of babrecuing with the family, which were not able to do right now," she said.