MOST ACCURATE FORECAST: Warming up as we end the workweek

A storm system is making its way through Arizona this week with slight chances of spotty showers for the Valley Monday night into Tuesday morning. 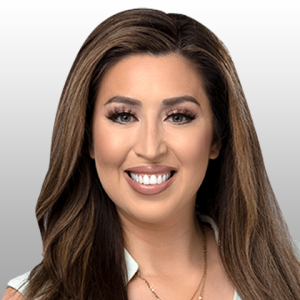 The forecast is looking fantastic as we enter our bragging season.

Mornings across the Phoenix metro will be clear and cool so grab a light sweater if you’re headed out early.

High pressure is starting to build so we'll gradually warm things up in the afternoon hours Thursday and Friday.

Highs will reach the upper 80s Thursday and Friday. Then, we'll drop back into the mid 80s over the weekend.

As we head into next week, all eyes are on a big storm system that will be impacting California and the Pacific Northwest.

As it passes to our north Monday night and Tuesday, winds will pick up and we may even see some showers here in Arizona.

The best rain and snow chances will be north of Flagstaff, but there's even a slight chance now in our Valley forecast for a few spotty showers late Monday night into Tuesday morning.

Temperatures will drop as cooler air moves in, too.

Valley highs will be back in the upper 70s next Tuesday. Then, we'll spend the rest of next week in the 80s.

FALL TEMPERATURES ARE GETTING WARMER IN PHOENIX

On average, fall temperatures in Phoenix have risen over 5 degrees since the 1970s.

77 percent of Arizona is still in drought.

That's down from 99 percent due to lots monsoon rainfall over the past few months.

For the first time in nearly a year, none of Arizona is in "Exceptional Drought" (the worst kind). That's down from nearly 73 percent at the start of the year.

Phoenix Sky Harbor received 4.20 inches of rainfall this monsoon. That's more than an inch and a half above normal and the wettest monsoon we've seen since 2014.