The last day of monsoon season brought snow, rain and hail to parts of Arizona. 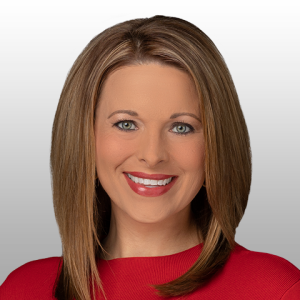 From damaging downburst winds to heavy rain and devastating flash flooding, we saw it all across Arizona during the 2021 season.

It was a complete turn-around from the previous year's so-called "non-soon," but scientists say extremes like these are expected as our climate changes.

"The paradigm of the monsoon and the changing climate is just everything is getting more extreme. You get more of whatever you're going to get," says Dr. Christopher Castro with the Hydrology and Atmospheric Science Department at the University of Arizona.

A year earlier, that meant more drought and extreme heat in Phoenix with an unprecedented 53 days at 110 degrees or more. We only had two days with measurable rainfall in Phoenix during Monsoon 2020. That's the fewest ever recorded.

Then, we went to the opposite end of the spectrum in 2021 with 23 days of measurable monsoon rainfall. That's the second-most ever recorded.

Castro says, "This year, that monsoon ridge just moved a little bit north and west of where it climatologically sits. That caused great big heat waves in the Pacific Northwest and record high temperatures in Canada, but it also caused our monsoon to come in early and strong.”

For Phoenix, and much of the state, 2021's monsoon setup meant more moisture to work with and more stormy days.

Phoenix Sky Harbor International Airport picked up more than 4 inches of rain. That's the most we'd seen since 2014. (That year we had several decaying Tropical Storms come through which really impacted our rainfall totals.)

The science behind extreme rainfall, like we've seen during the 2021 monsoon, is simple.

"A warmer atmosphere can potentially hold more water vapor. So, when it rains, it's tending to be more intense than it otherwise would be," says Castro.

Tucson ended up being one of the wettest spots across the entire state during the 2021 monsoon with over a foot of rain!

Compare that to 2020 when most of the state saw less than 2 inches of monsoon rain.

It's important to note that what is considered average has changed.

At the start of 2021, our 30-year averages were recalculated. Those new averages showed an overall decrease in the amount of monsoon rainfall we see.

Castro says the real problem is that the rainfall is varying more from year to year, and he expects this to continue as our planet gets warmer.

"We're going to have more years that are extremely hot and dry. Then a year or two where the ridge moves north, and you have available atmospheric moisture to work with, and it's going to rain harder and you're going to get an extremely wet monsoon. I think this is our future. More extreme all the way around. More extreme transitions within the year and between years."

Those wild swings from one end of the weather pendulum to the other mean more extreme drought and more extreme rainfall.

After 2020's "non-soon" and dry La Niña winter, Arizona's drought was the worst it's been in any of our lifetimes.

Roughly 73% of Arizona was in Exceptional Drought (the worst kind) at the start of 2021.

"Typically, in a monsoon, we don't see a lot of drought improvement," says Jaret Rogers with the National Weather Service in Phoenix. "But July was so wet across the state that we did see quite a bit of improvement."

And that improvement continued into August and September as the monsoon rain continued to fall.

Exceptional Drought in Arizona was then eliminated and only 14% of the state was in Extreme Drought.

These improvements may not last long, though.

"It's great that the monsoon has alleviated our drought conditions and even improved some of our local water supplies, our reservoirs and our groundwater. But we're now going back into a situation where our winter precipitation is likely to be lower than average," says Castro. "This is not a good situation for the water supply in the Colorado River. Most of that mountain snowpack that fills those reservoirs is dependent upon what goes on in the winter."