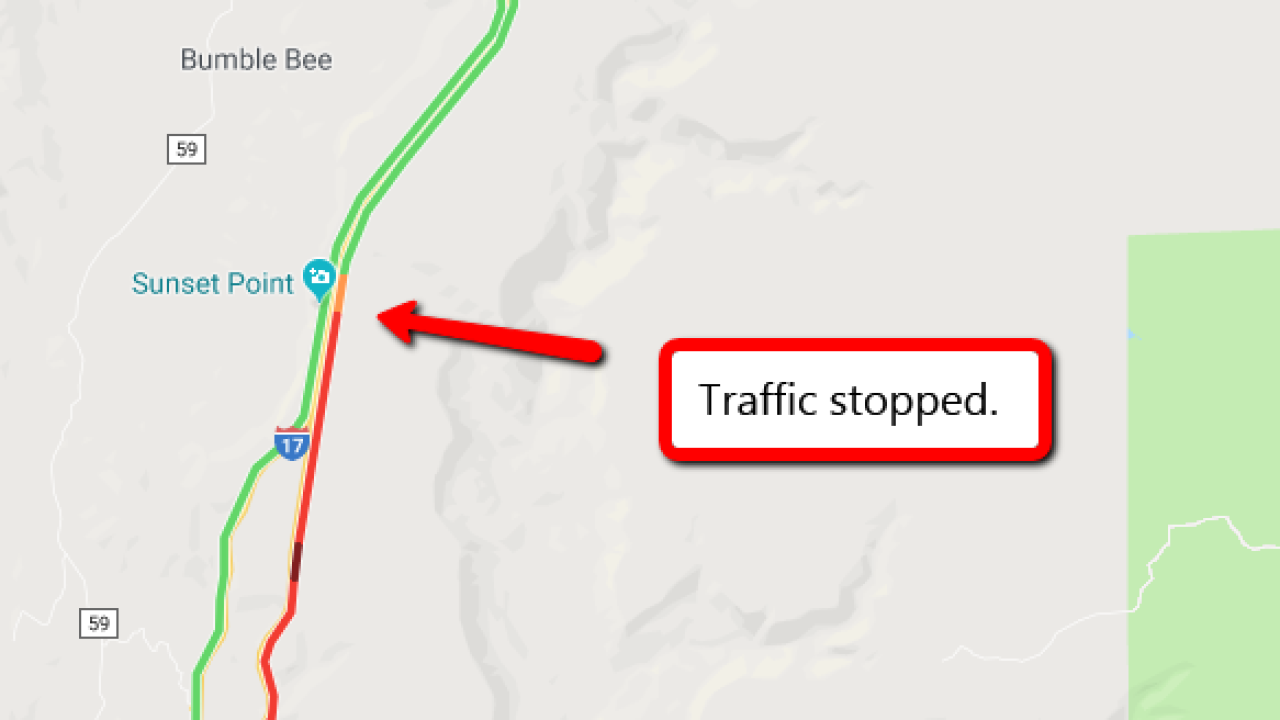 BLACK CANYON CITY — Traffic was temporarily stopped on I-17 near the Sunset Point rest stop in Black Canyon City after a motorist allegedly pointed a gun at an ADOT worker, according to DPS.

A spokesperson from DPS says a man, whose identity is unclear at this point, allegedly pointed a gun at an ADOT worker while the worker was slowing down traffic on NB I-17 at milepost 230.,

The incident prompted a closure of the rest stop for close to an hour.

Law enforcement agencies searched the rest stop for the suspect, but according to DPS, they were unable to find him.

"Based on the description given by the ADOT worker, we were able to stop the vehicle northbound I-17 at milepost 251," a DPS spokesperson said. "We're interviewing a possible suspect."

I-17 NB: Traffic temporarily stopped at Sunset Point due to a police incident. #aztraffic pic.twitter.com/MZOXattLUp