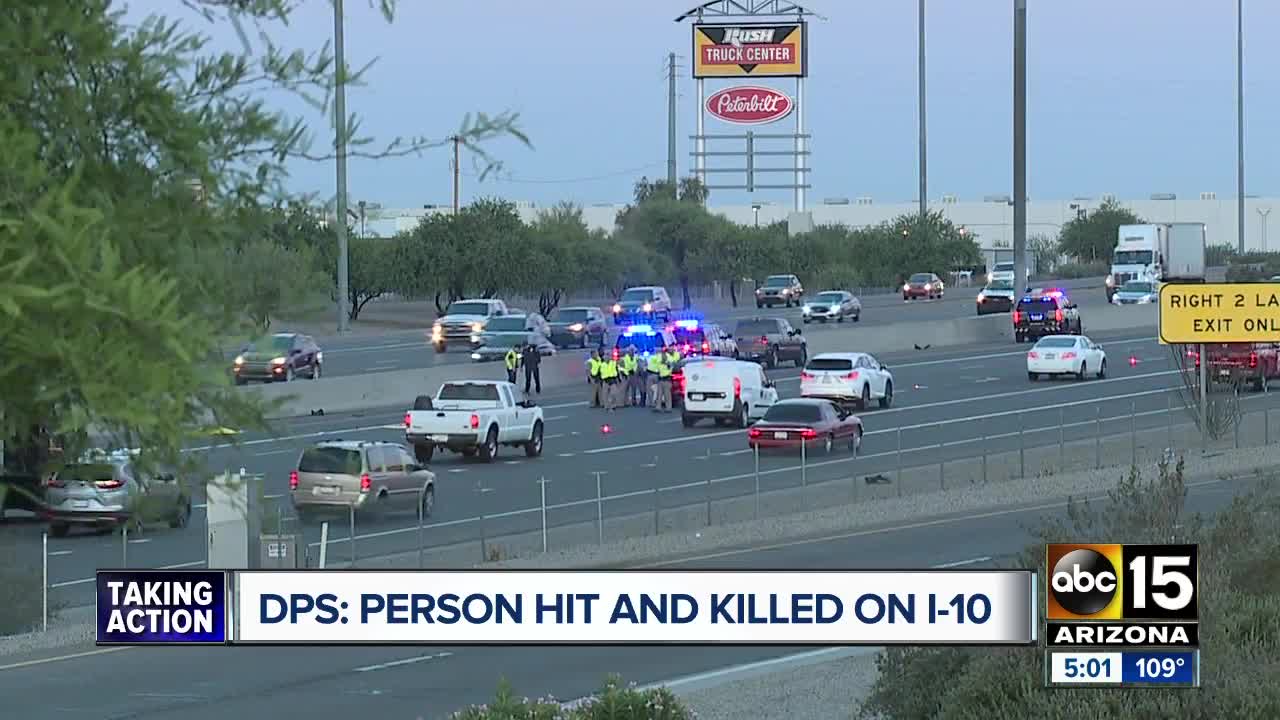 The westbound lanes of Interstate 10 have reopened after a person was hit and killed on Wednesday morning. 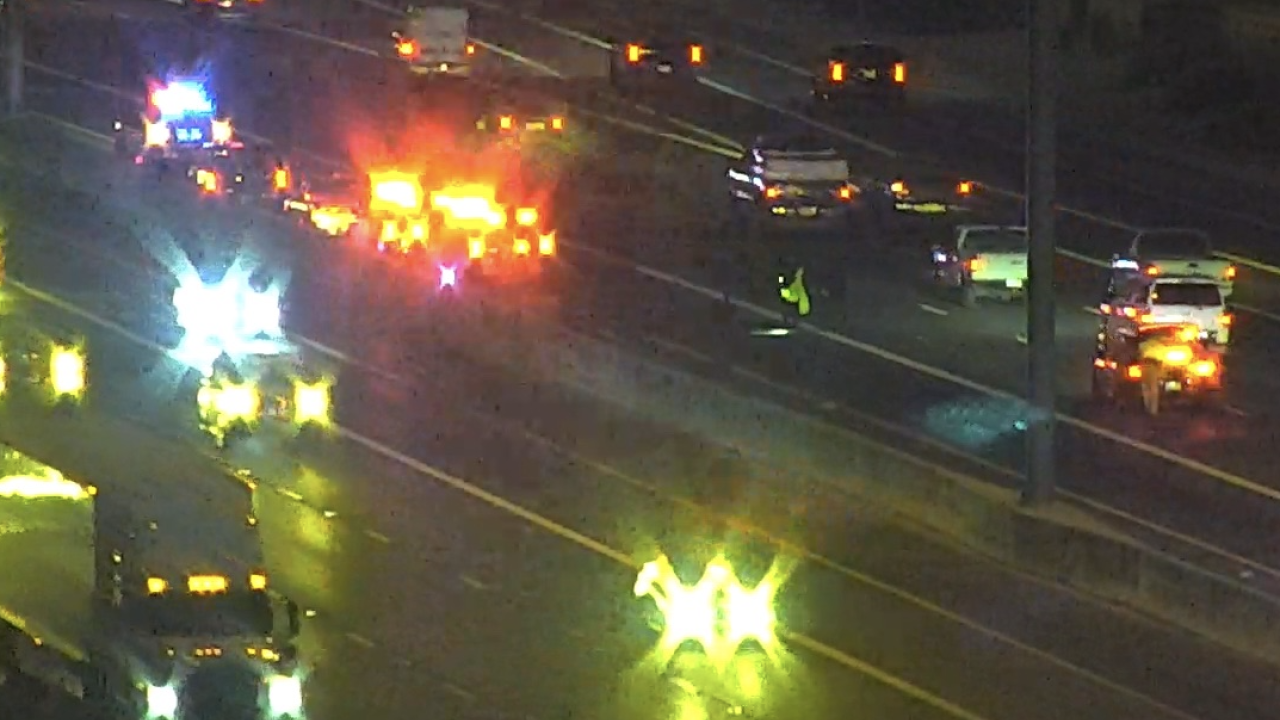 TOLLESON, Ariz. — I-10 westbound from 91st Avenue to the L-101 has reopened following a deadly pedestrian crash that kept the interstate closed for several hours Wednesday morning.

The Arizona Department of Public Safety said the crash occurred on I-10 westbound prior to L-101 in the west Valley around 4:30 a.m.

DPS had previously noted "a vehicle stopped in the travel lanes, a passenger exited and began to run across the freeway and was struck by a passing vehicle."

However, now they are unsure how the pedestrian ended up on the roadway to begin with.

"We are not sure, at this time, if the pedestrian was in a stopped vehicle," DPS said in a corrected statement. "The only vehicle stopped on-scene in the vehicle that struck the pedestrian. We are still gathering information as to where the pedestrian came from and how he/she got onto the freeway."

The pedestrian was identified as a 54-year-old man from New Mexico.

Troopers are investigating a pedestrian-involved, fatal crash WB I10 prior to SR101 in the west valley. Hard closure at 91st. Traffic routed via frontage rd to 99th and can re-enter I10. Estimated 3hr closure. Use Alt Routes. pic.twitter.com/e5nKW9kbvw