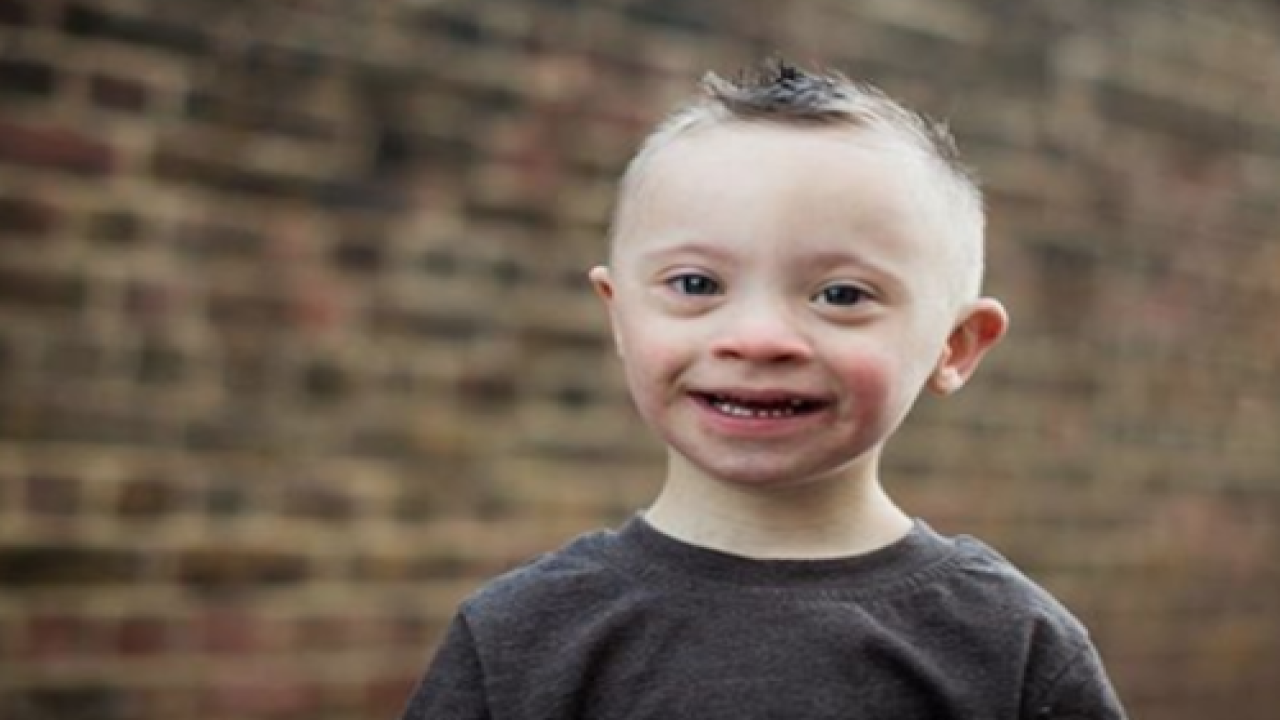 A little boy with Down syndrome is living a large life and showing the world he can’t be stopped. Five-year-old Riley Baxter, also known as “Smiley Riley,” is melting hearts everywhere with his winning smile. The young boy works as a model for Zebedee Management, a talent agency in the U.K. that highlights the beauty of people with disabilities. The agency focuses on body positivity and disability awareness through sharing inspiring photos of its models.

A a number of these photos through Riley’s Instagram account, @smiley_riley2014. Here’s a photo of Riley sporting a yellow bowtie while attending Zebedee’s 2018 fashion show and Christmas party:

Riley has been the face of several advertising campaigns, including those for Little Bird Clothing by Jools Oliver. He’s such a cutie with his greenish-blue eyes and ash blonde hair, as seen in this 2018 casting photo on his Instagram page:

And here’s another one that looks more like a traditional headshot:

We just can’t get enough of this sweet little guy! His Zebedee talent page says Riley loves music and attending a performing arts class. One of his most recent Instagram photos shows him having some fun at a friend’s party:

He spends his time at his photo shoots with his mother and father, Kristy and Stuart. Here’s a look behind the scenes:

The Baxters told Caters News Agency that they didn’t know Riley had Down syndrome when Kristy was pregnant with him. Routine blood tests and scans didn’t pick anything up. Shortly after his birth, however, nurses noticed signs of the condition, such as the spacing of his big toe from the others and creases in his hands.

Riley is less communicative than other children his age, the parents told the news outlet, but they said he does put together two-word sentences. He can also count from one to 10 on his own. And he has continued to make great progress!

He’s definitely getting to explore some fun places through his modeling and family time, as seen in this Instagram photo of him at the Leeds Castle Carnival of History in July:

Man, this kid can dress! So stylish.

The Down Syndrome Association says that about 1 in 1,000 babies in the U.K. are born with the condition. About 1 in 700 babies born in the U.S. has Down syndrome, according to the Centers for Disease Control and Prevention.

We’re happy to see Riley’s not letting anything hold him back, and we’re grateful his parents are willing to share him with the world.