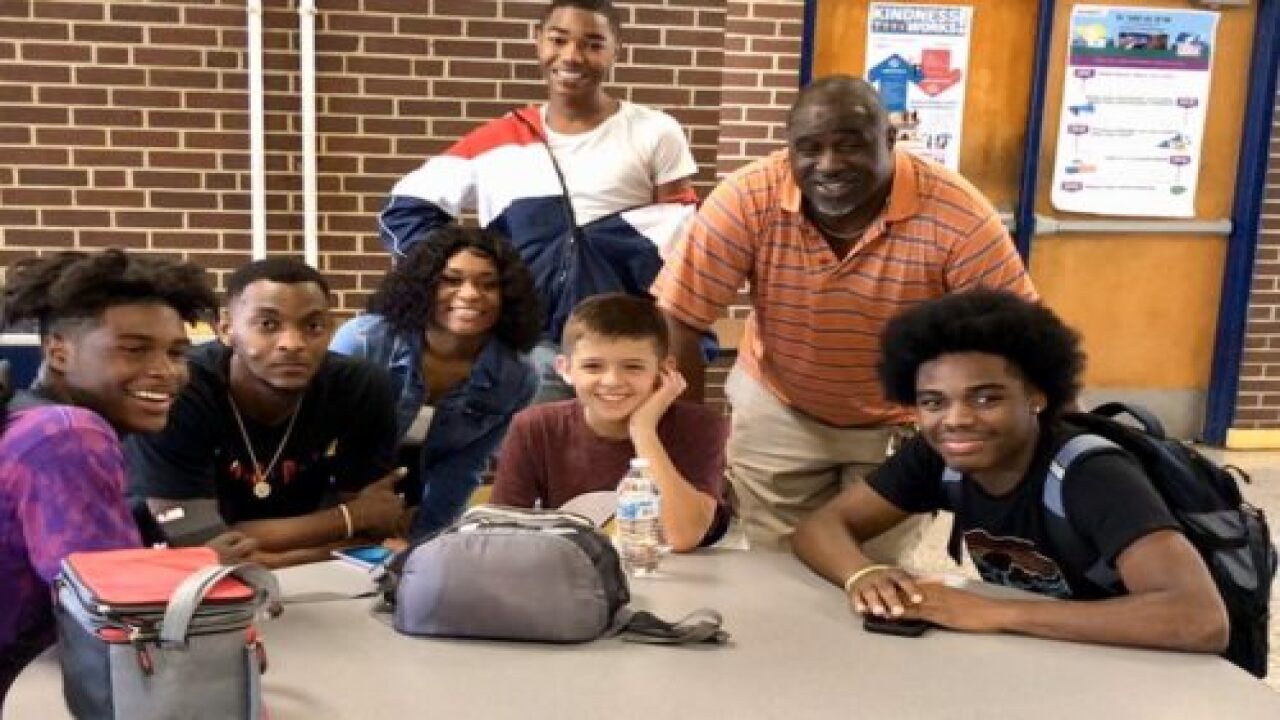 The products and services mentioned below were selected independent of sales and advertising. However, Simplemost may receive a small commission from the purchase of any products or services through an affiliate link to the retailer's website.

If you think the younger generation is too buried in their smartphones and other gadgets to care what’s going around them, this story might just change your mind.

After making it through his very first day of high school, 14-year-old Caleb Wrenn shared his frustrations from the day with someone he knew would care — his big sister Leah Edwards. In a Snapchat exchange, Wrenn told Edwards that while his day has been okay, he’d gotten lost three times in the building and had sat alone at lunch. He didn’t really know anyone, he explained to his sister, and the ones he did know “think I’m a loser because I’m short.”

Edwards tried to encourage her little brother but was troubled by the thought of his loneliness at lunch. So she took a screenshot of the text exchange, placed it alongside a photo of her adorable brother and posted it on Twitter.

Retweet to let my baby brother know that he is cool before I have to pull up to RHS pic.twitter.com/ybIjzEtIdP

“Retweet to let my baby brother know that he is cool before I have to pull up to RHS,” she said, referring to the North Carolina high school at which he was a student.

It didn’t take long for the retweets to start piling up, but it was one response that stood out. The next day, a senior from Wrenn’s school, Timothy Thaxton, replied to Edwards’ tweet, promising her that the underclassman would not be alone at lunch that afternoon.

The senior didn’t show up to lunch alone, either! Thaxton brought a whole group of upperclassmen to hang out with Caleb and snapped a picture to share with his big sister.

@LEAHNFJK I told you I was going to be with him at lunch now he got a whole gang !!! And simple reminder is Steve invited your family out to a grizzly game on Saturday at 7 and it’s free please always remind him that he always got a place at my table pic.twitter.com/VpV8URlnSs

Edwards told CBS News that she and her family have been overwhelmed not only by the kind gesture but also by the outpouring of love and support from tens of thousands of people around the world. But it’s the action taken by these older teens that means the most.

“They simply saw my tweet and wanted to make a difference,” Edwards told CBS News via direct message on Twitter. “They surprised him with a whole group of boys and now he has people to sit with at lunch.”

Tyvon Smoot, another one of the seniors who now sits with Wrenn, said he knows how the underclassman feels.