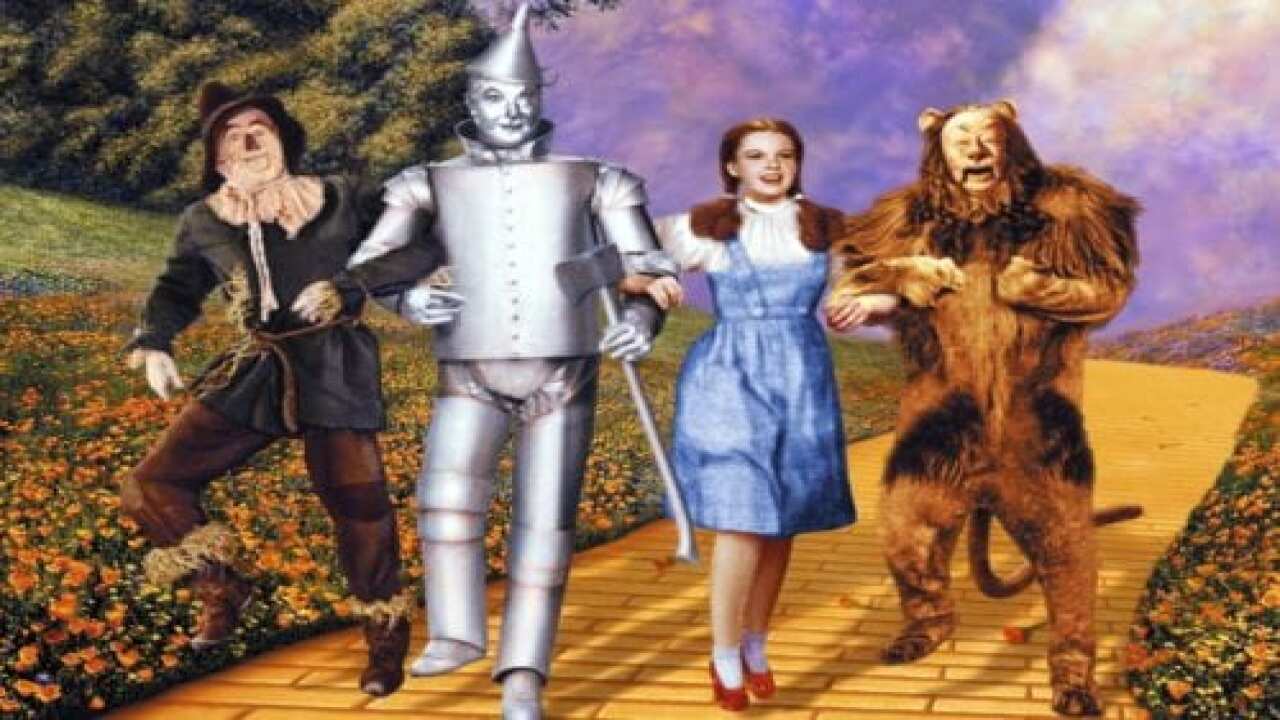 Halloween is almost here, so it’s time to get your costumes in order. And don’t forget about your pups while you’re at it! You might want to take some inspiration from some canine Instagram stars — these adorable Golden Retrievers dressed up as Dorothy and Cowardly Lion, and it’s honestly too cute.

Dogs Teddy, Harper and Sophie are showcased on the Instagram page @hoosierfavoritegoldens, and they have more than 96,000 followers. When their mom posted a video of two of them dressed as the iconic “Wizard of Oz” characters on Oct. 1, people couldn’t get enough. The post now has over 230,000 views and more than 44,000 likes.

It’s the first day of October and you know what that means…Halloween’s coming!!! I’ve always been one of those crazy moms who gets super excited about coordinating Halloween costumes. But now that my kids are 21 and 23 I’ve had to resort to including the dogs in the festivities now haha. They’re such good sports. These costumes from a couple years ago were my favorite to coordinate.ð #theresnoplacelikehome #withdorothyandthelion #andtheircrazydogmom

“It’s the first day of October and you know what that means … Halloween’s coming!!!” reads the caption. “I’ve always been one of those moms who gets super excited about coordinating Halloween costumes. But now that my kids are 21 and 23 I’ve had to resort to including the dogs in the festivities now,” she explained.

In a response to a comment the dogs’ owner divulged how she created the look: she purchased the lion’s mane on Amazon and also got Dorothy’s wig online. For Dorothy’s outfit, she altered a toddler’s costume she purchased from Target.

“They’re such good sports,” she added. “These costumes from a couple of years ago were my favorite to coordinate. #theresnoplacelikehome #withdorothyandthelion #andtheircrazydogmom.”

Crazy or not, I’d say this dog mom definitely nailed it! While the pups don’t look exactly thrilled to be in the costumes, they’re still handling it like absolute champs. I love how the Cowardly Lion is even dutifully holding a trick-or-treating bucket in his mouth.

They took another shot at dressing up recently with these hilarious Bob Ross and tree painting costumes:

Look around. Look at what we have. Beauty is everywhere-you only have to look to see it.~Bob Ross 2 more weeks until Halloween and these two can’t wait! #dogrossandhishappylittletree

The caption included the following Bob Ross quote: “Look at what we have. Beauty is everywhere — you only have to look to see it.” These dogs in their costumes are certainly beautiful to me!

“2 more weeks until Halloween and these two can’t wait! #dogrossandhishappylittletree,” the rest of the post says.

Perhaps we’ll see yet another costume theme from the dogs once Halloween rolls around on Oct. 31. Whatever they dress up as, we have a feeling they’ll pull it off effortlessly!