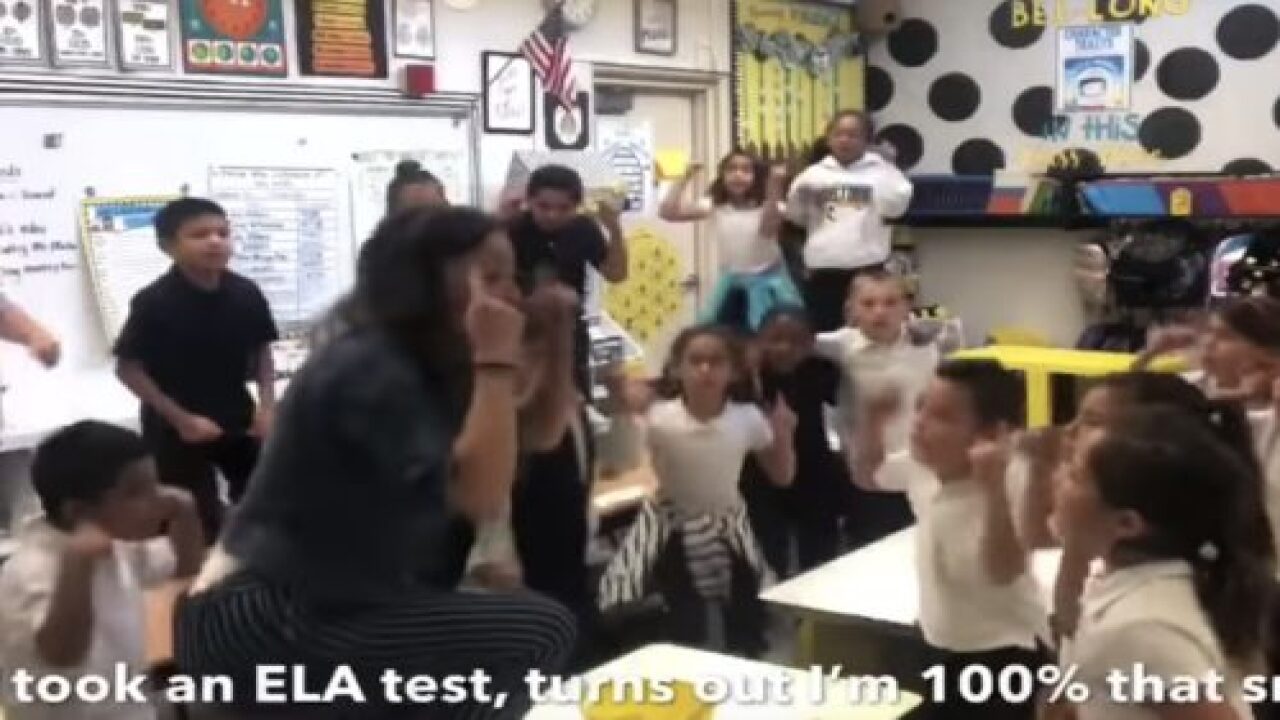 Ever since it went viral on TikTok earlier this year, Lizzo’s “Truth Hurts” has been a go-to pop anthem for people from all walks of life. Case in point? Dorothy Mallari, a second-grade teacher at Los Medanos Elementary School in Pittsburg, California, recently used a version of the tune to motivate her students, and the result is too cute.

Watch Mallari and her young students perform their “remix” of the pop hit in this clip posted to YouTube by Pittsburg Unified School District:

The empowering lyrics include the mantra, “Let’s be great ’cause I know are great,” as well as a call to share: “Let’s take turns so we know it is fair.” Adorable!

The video has since gone viral, racking up more than 52,000 views on YouTube alone.

“Ms. Mallari uses a Lizzo song to teach her students to be GREAT,” reads the caption. “This video is less than 90 seconds long … and you’ll be glad you watched! Help us make this video go viral! This is a teacher connecting with her kids in the classroom. Thank you, Ms. Mallari! #PittsburgPride”

After the video began spreading on social media, it eventually made its way to Lizzo herself, who gave it her official blessing on Twitter:

Ur right.. this IS the best thing I’ve watched today ð https://t.co/4LBbVz8gxn

In response to a tweet of the video from user Raj Mathai, who declared it the “best thing you’ll watch today,” Lizzo wrote, “Ur right..this IS the best thing I’ve watched today.”

Mallari, who says she picks a pop song to rework for the classroom every year, was shocked by the viral fame her video garnered.

“I didn’t think I’d have that impact, we just try to make learning fun here,” she told NBC Bay Area.

Her class performs the song every morning. We can’t wait to see what song she picks next year!