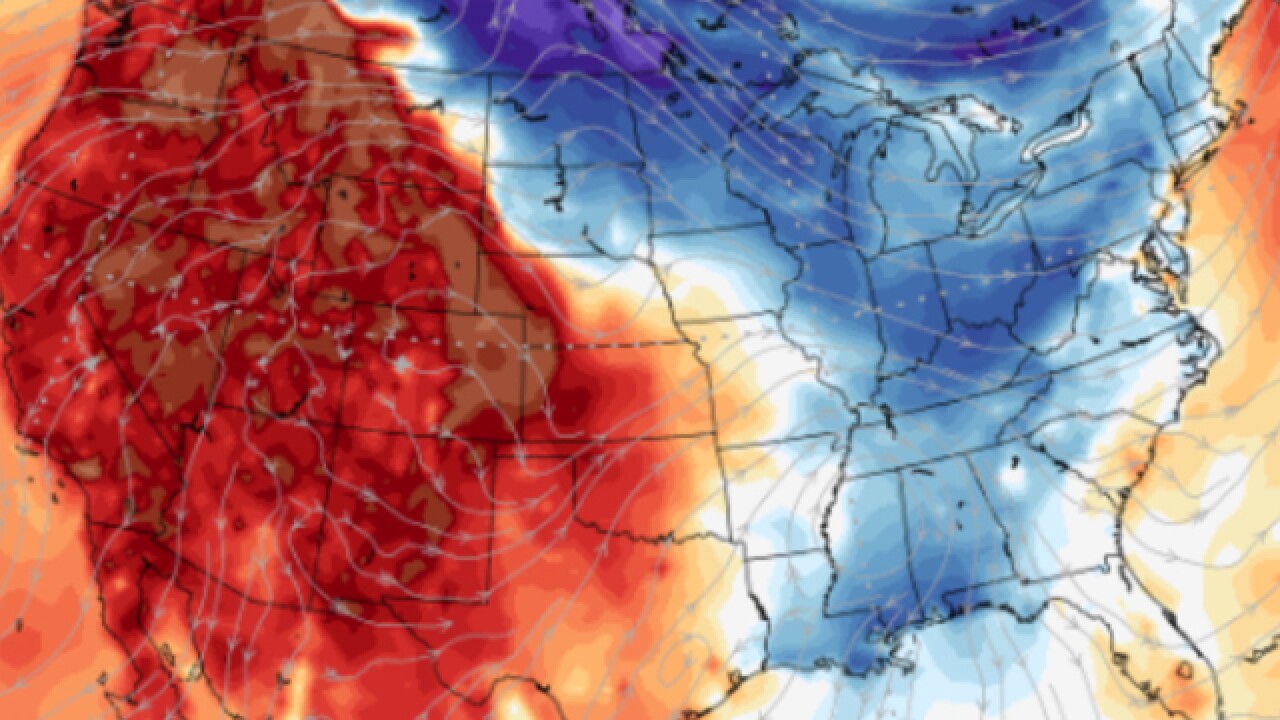 Copyright 2017 Scripps Media, Inc. All rights reserved. This material may not be published, broadcast, rewritten, or redistributed.
<p>Thanksgiving Day will be colder than usual in the Northern Plains as well as the eastern half of the US.</p>

The Thanksgiving holiday is going to be a little cooler than the norm for roughly half the country.

And if you're one of the 51 million people expected to travel for the holiday, you may see a little snow leading up to the holiday.

The snow and colder air currently affecting the Northwest are expected to slowly move eastward through the rest of this week and into the weekend.

This cold air will completely invade the entire eastern half of the country and all of Texas by Sunday.

The colder air will likely stick around everywhere east of the Mississippi River.

Normally, that colder air would normally mean snow showers, but that won't necessarily be the case on Thanksgiving Day.

As of right now, most forecast models are predicting the snow will be falling in higher elevations in the Northwest United States. A clipper system will bring some light flurries as it moves across the Northern Plains and into the Midwest. The Northeast will see some snow in the days leading up to the holiday.

The Old Farmer's Almanac, however, is calling for a much snowier Thanksgiving with at least flurries in parts of the Northeast, Midwest, Northern Plains, Rocky Mountains and Northwest.

Thanksgiving is still a week out, and while the colder air is most likely, the path of any snow storm can change a lot between now and next week.

Fortunately for anyone in the eastern US who'd prefer a warmer end to November, current long-term forecast models show the colder air getting pushed eastward into the Atlantic as the warmer air in the west expands.

Winter forecasts from most organizations are taking into account the weak La Niña that's developed, which most likely means warmer, drier conditions across the South while the Midwest, Northern Plains and Northwest get a colder, wetter winter.