Snowstorm to bring blizzard to Northeast 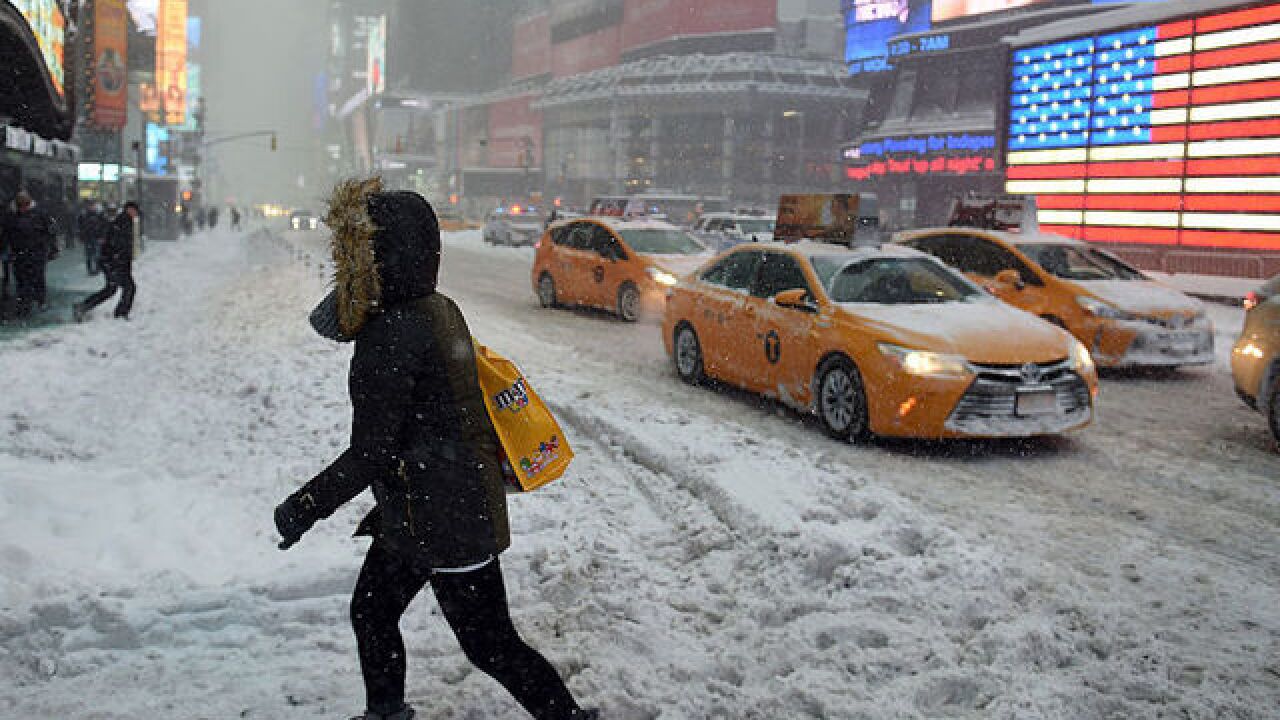 Copyright Getty Images
Astrid Riecken
<p>NEW YORK, NY - JANUARY 23: Pedestrians cope with snow covering sidewalks and streets in Time Square on January 23, 2016 in New York City. A major Nor'easter is hitting much of the East Coast and parts of the South as forecasts warn of up to two feet of snow in some areas. (Photo by Astrid Riecken/Getty Images)</p>

As a snowstorm drops from the Dakotas into the Midwest on Sunday, parts of the Northeast are under a blizzard watch for what could be the biggest snowstorm of 2017.

New York City is under a blizzard watch as forecasters said the city could see up to 18 inches of snow and 50 MPH winds. The blizzard watch extends from Newark, New Jersey into Long Island and Connecticut.

Boston and Philadelphia, Washington and Baltimore were placed under winter storm warnings on Sunday. Those areas could see nearly 12 inches of snow by Tuesday.

Before reaching the Northeast, Minneapolis, Chicago, Detroit and Cleveland are in line for a snow accumulation of 3 to 6 inches by Tuesday morning. The Midwest has had an unusually quiet winter. Chicago has not had any measurable snow since Christmas.

With many major airports expected to be affected by this week's storms, major airlines have issued travel alerts for the storm. With a number of flights expected to be delayed or canceled, you may be able to change your trip with no change fee.

The snow already caused havoc in the Upper Midwest as Minnesota United hosted Atlanta in soccer on Sunday. The game went on as scheduled, but had several delays as the grounds crew had to clear snow off the lines during Sunday's match.

Neither snow nor rain can divide us
?
We are United #MNUFC pic.twitter.com/1dvkzh44qc