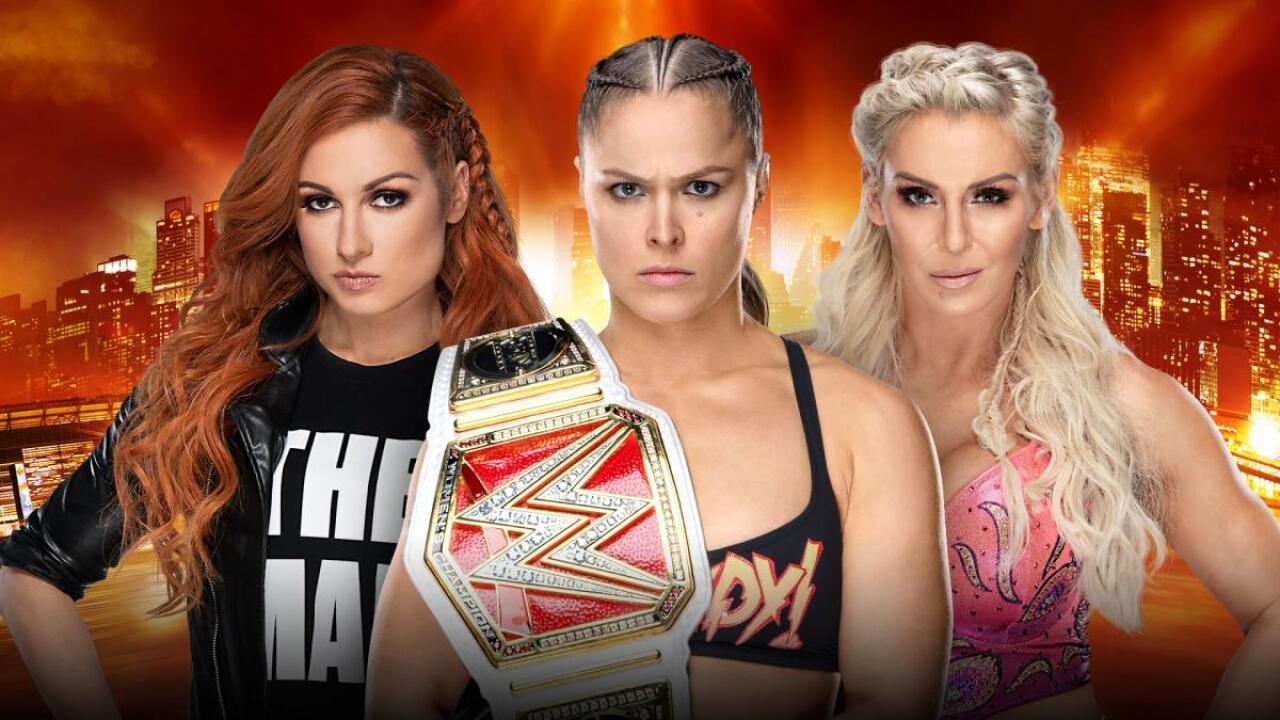 For the first time ever, women will go on last at WWE's biggest pay-per-view of the year.

WWE announced Monday that it will be an all-women's main event at WrestleMania 35 on April 7 at MetLife Stadium in New Jersey. That match will feature Ronda Rousey, Becky Lynch and Charlotte Flair with the Raw women's championship on the line.

Rousey, a former UFC champion, is the current Raw women's champion. The Irish-born Lynch, arguably the most popular WWE superstar at the moment, along with Flair, daughter of "Nature Boy" Ric Flair, will be the challengers in a triple-threat contest.

WWE has placed a major emphasis on women's wrestling in recent years. For the second straight year, WWE held a 30-woman Royal Rumble match to go with the traditional men's match at January's pay-per-view at Chase Field in Phoenix. In October, WWE held Evolution, its first-ever all-women's pay-per-view.

I ran my mouth, put in the miles, took the bumps and entertained the people till they couldn’t deny me any longer. It’s an emotional day just knowing I get to smash Ronnie and Char in front of the whole world on the biggest stage possible. To the people: THANK YOU. #IAMTHEMAN pic.twitter.com/XKRhMNdz5A

I came. I saw. I changed the game.
Three women are going to headline #Wrestlemania this year.
•
I won’t hold my breath expecting any thank yous, but you’re all welcome anyway. 😎 #MRSwrestlemania
•https://t.co/k4IrxSiFbX