Will the Raiders call Arizona home next season? Oddsmakers weigh in

Could Glendale be the Raiders' temporary home? 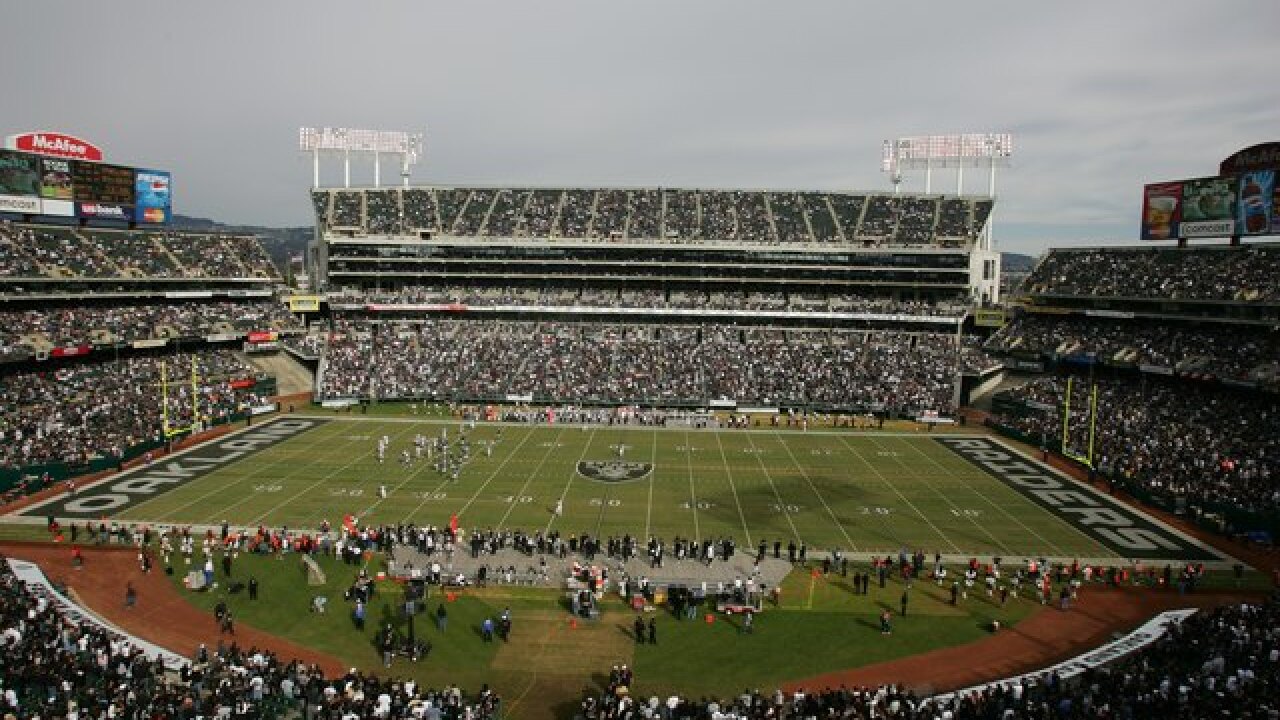 Due to a dispute between the team and the city, the Oakland Raiders could be looking for a temporary home next year -- and a report by ESPN's Paul Gutierrez suggested Glendale's State Farm Stadium, home of the Arizona Cardinals, could make sense as a one-year residence.

The Raiders have said they want to play in Oakland next year before permanently relocating to Las Vegas in 2020, but said they would look to play elsewhere next season if the city decided to file a federal lawsuit against the team in an effort to block the Vegas move. The city announced the filing of that lawsuit earlier this week.

Naturally, some oddsmakers are accepting bets on this bizarre situation. At least one oddsmaker has Arizona among the favorites, while another has AZ off the board entirely.

BetDSI believes Oakland is still the most likely home city for the Raiders next season, giving the city nearly even odds to retain the team in 2019. But among the alternatives, San Diego is the favorite at 5/2, while Santa Clara, California (home of the San Francisco 49ers) is at 4/1, and Phoenix (Glendale) is at 5/1. All other options are given 10/1 odds or worse.

MyBookie also has Oakland as the favorites to retain the Raiders next year, but doesn't list Glendale as an option. Right behind Oakland is San Diego at 2/1, Santa Clara at 7/2, San Antonio at 9/2 and Las Vegas at 6/1. If the Raiders move to Vegas a year ahead of schedule, UNLV's Sam Boyd Stadium would seem to be the likely destination while their new stadium in the city is being constructed.

On Sunday, CBS Sports' Jason La Canfora said the Raiders staying in Oakland next season is not out of the question, while Santa Clara, as well as AT&T Park, home of the San Francisco Giants, would make sense as nearby alternatives.

Nonetheless, Gutierrez said Glendale could make sense for a number of reasons.

"San Diego is closer to Las Vegas than Oakland is, and, well, Glendale, Arizona, is closer to Las Vegas than San Diego. Thinking out loud here, but might the Raiders taking up residence with the Cardinals for a year make sense?" he wrote. "Especially with Arizona's State Farm Stadium a seeming model for the Raiders' Las Vegas dome with its fully retractable natural grass playing surface. It would give the Raiders a chance to keep growing its southwest fan base while playing home games in an environment similar to what they will have a year later."