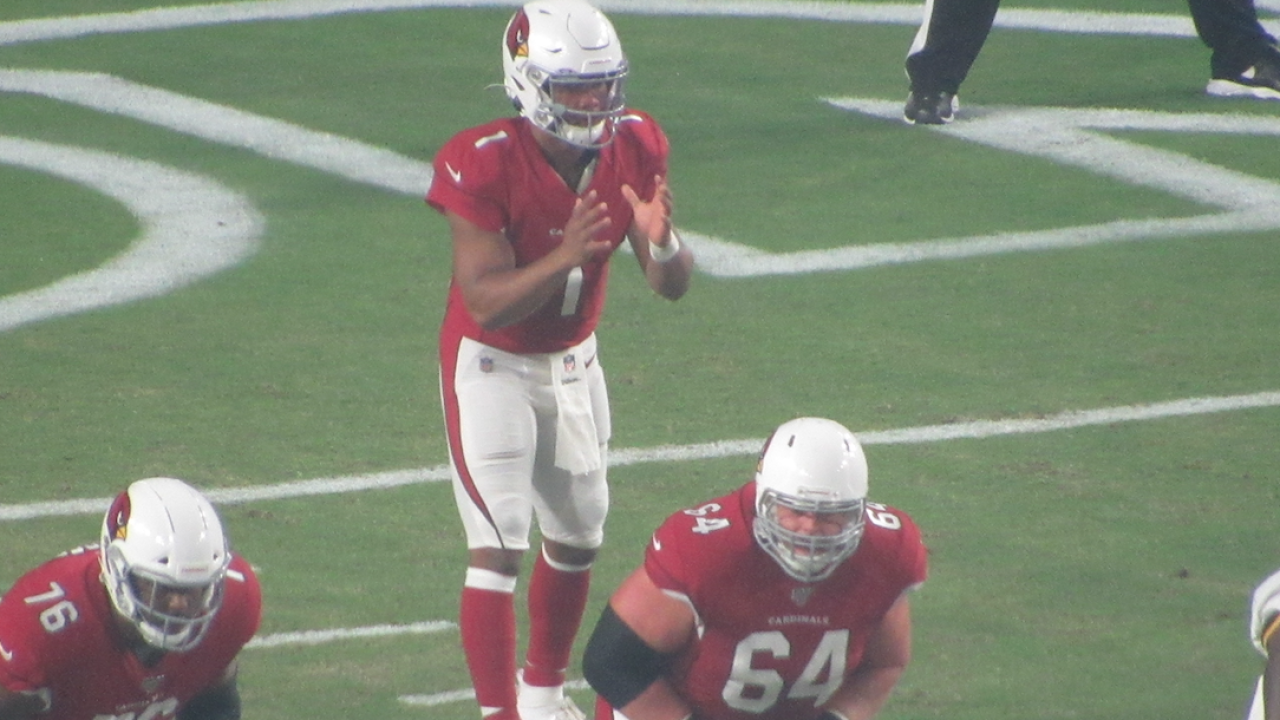 Arizona Cardinals rookie quarterback Kyler Murray was 6 for 7 on his pass attempts during his one and only drive in the Cardinals' preseason debut vs. the Los Angeles Chargers on Thursday night.

The 2018 Heisman Trophy winner and No. 1 overall pick in the 2019 NFL Draft picked up three first downs and found success with short passes. He completed two passes to Damiere Byrd, two to Trent Sherfield, one to David Johnson and one to Larry Fitzgerald.

Murray's seventh completion was negated by a penalty on rookie KeeSean Johnson, who stepped out of bounds before catching the ball. Murray was sacked on his final play of the night, leading to a Cardinals punt on a drive that begin on their own 2-yard line.

Murray racked up 44 yards on his six completions. He did not run the ball. He finished with a passer rating of 92.9.

"I thought it was decent. I would've loved to score, but we can't have penalties," Murray said about his NFL debut. "It feels like a dream come true to finally be here in front of the fans. A new team for me with new guys, so it felt good."