VIDEO: Diamondbacks hit 3 home runs in a row to open game vs. Phillies

Only the 2nd road team in history to do it 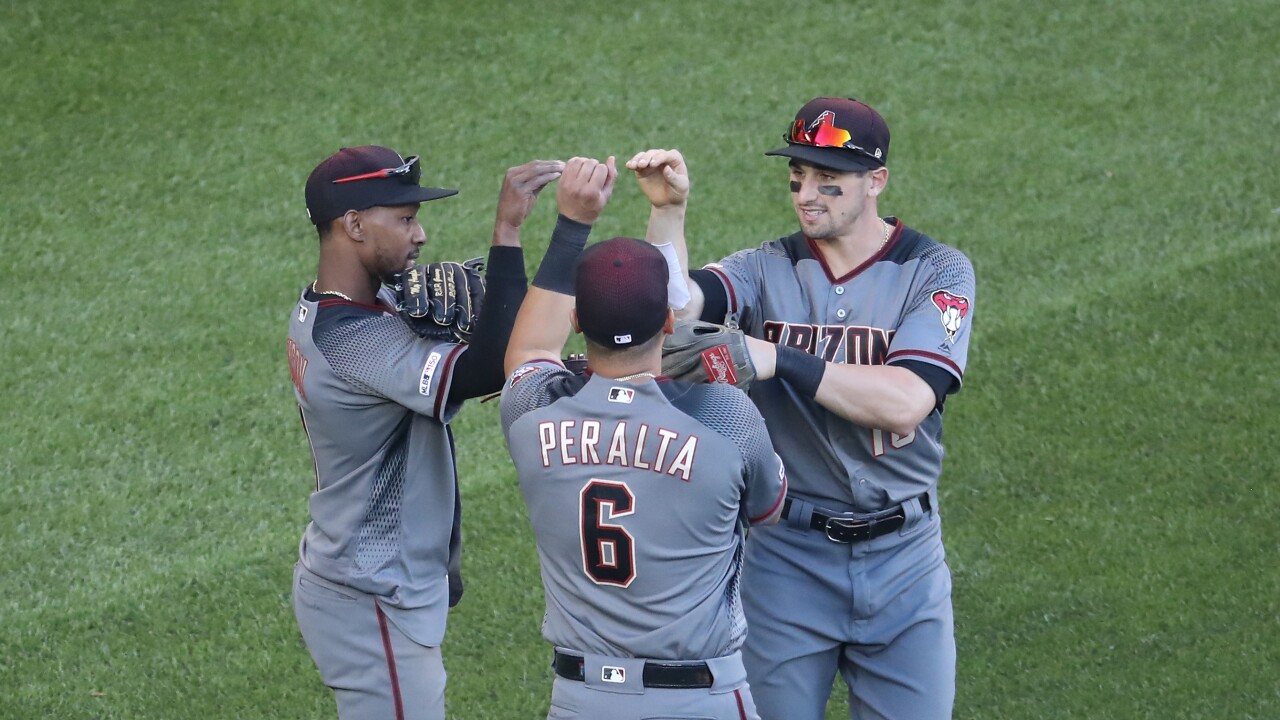 Tom Szczerbowski/Getty Images
TORONTO, ON - JUNE 08: Jarrod Dyson #1 of the Arizona Diamondbacks celebrates their victory with David Peralta #6 and Tim Locastro #16 during MLB game action against the Toronto Blue Jays at Rogers Centre on June 8, 2019 in Toronto, Canada. (Getty Images)

PHILADELPHIA — The Arizona Diamondbacks got to play an early round of Home Run Derby in Philly.

Jarrod Dyson hit the first pitch of the game to right field for his fourth homer of the season. Ketel Marte followed with his 16th home run on a drive to right. David Peralta finished the longball barrage when he went deep to center for his ninth homer.

It was the first time a team had hit three straight home runs to begin the first inning since the Diamondbacks did it on July 21, 2017, at home against Washington ace Max Scherzer. The last MLB team other than the D-backs to hit 3 home runs to start a game was the Orioles on May 10, 2012 vs. the Rangers.

The D-backs became only the second road team in MLB history to accomplish the feat. The Brewers accomplished the same feat at the Reds in 2007.

Eickhoff had allowed 11 homers in 54 1-3 innings this season.

The game had been delayed 35 minutes by rain, and more rain fell once play began.

Arizona connected a day after the Nationals hit four home runs in a row in the eighth inning at San Diego.