Jordan Pruneau wants KD to play for the Suns 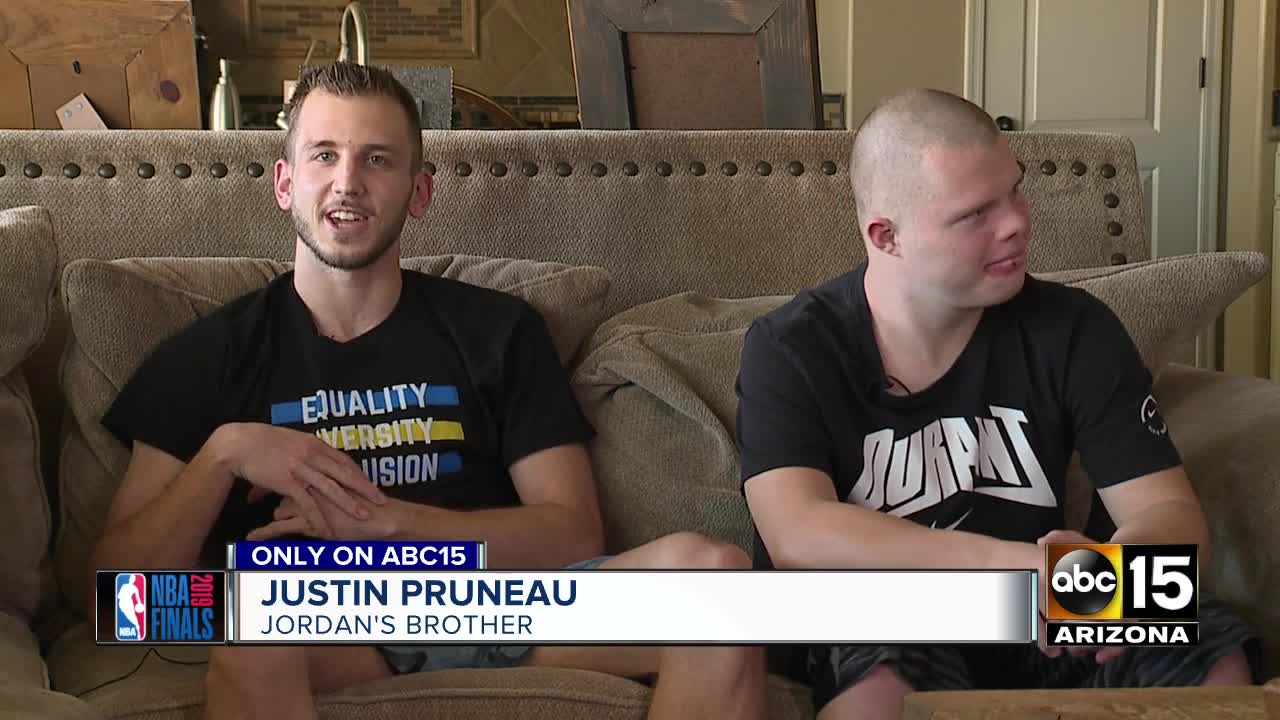 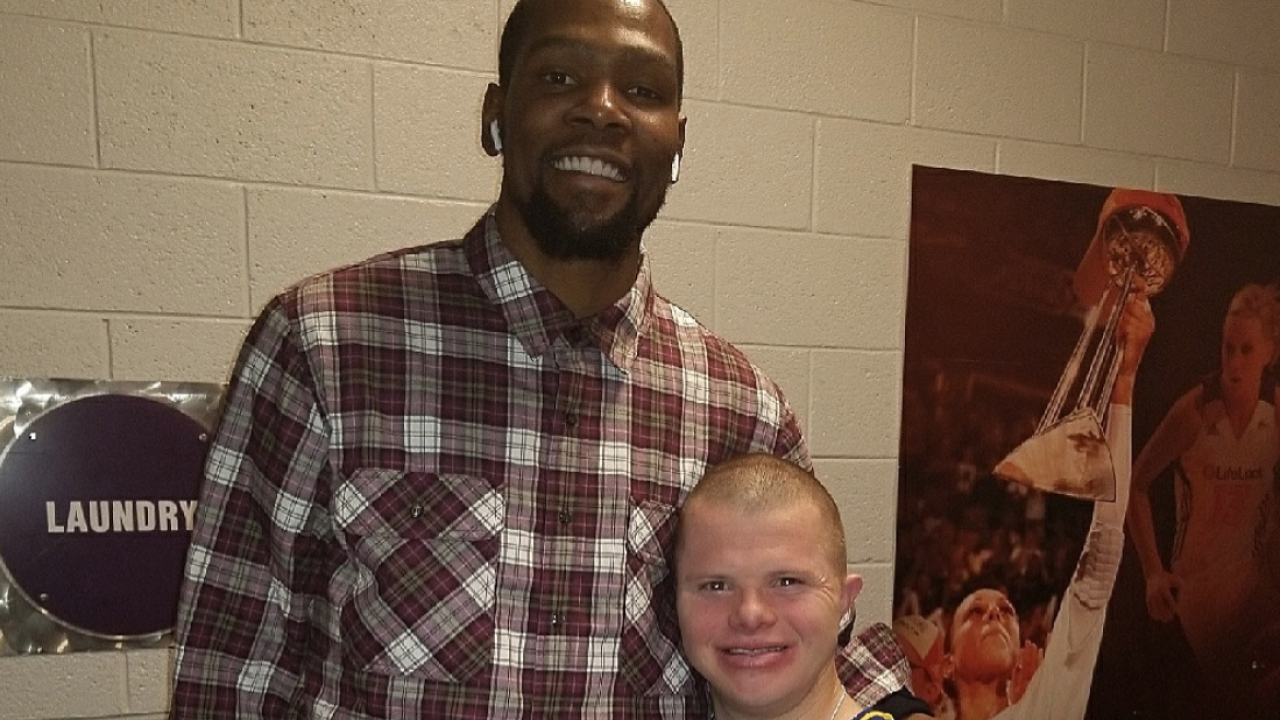 GILBERT — If you're an NBA fan, you either love him or loathe him. Golden State Warriors superstar Kevin Durant isn't just a two-time NBA champion, but a champion trash talker on and off the court.

But Jordan Pruneau, a 25-year-old with Down syndrome who lives in Gilbert, has seen a different side of one of the league's most polarizing players.

Jordan's younger brother Justin is a ball boy for the Phoenix Suns, allowing Jordan to get up close and personal with everyone from Phoenix Suns star Devin Booker to reigning NBA MVP and ASU alum James Harden.

The Pruneau family’s connection to the Warriors runs deep, as Jordan and Justin’s father was a scout for the Warriors for nearly 30 years, and their mother is a former Warriors dancer. Their sister used to be a dancer for the Suns.

"After every game, literally every (Warriors) player will come out and talk to Jordan and say hi,” Justin said. That includes fellow Warriors stars Steph Curry, Draymond Green and Andre Iguodala.

But Durant, the two-time reigning NBA Finals MVP, will always hold a special place in Jordan's heart. The pair first met when Durant played for the Oklahoma City Thunder.

Years later, the two still share a special bond, meeting up with each other before and after games.

"After the game, (Jordan) doesn't wait for him to the locker room. He runs up to him,” Justin said.

And while Jordan is rooting for the Warriors to win a third straight title, he also wouldn't mind his favorite player becoming a free agent this summer — though he has a specific landing spot in mind.