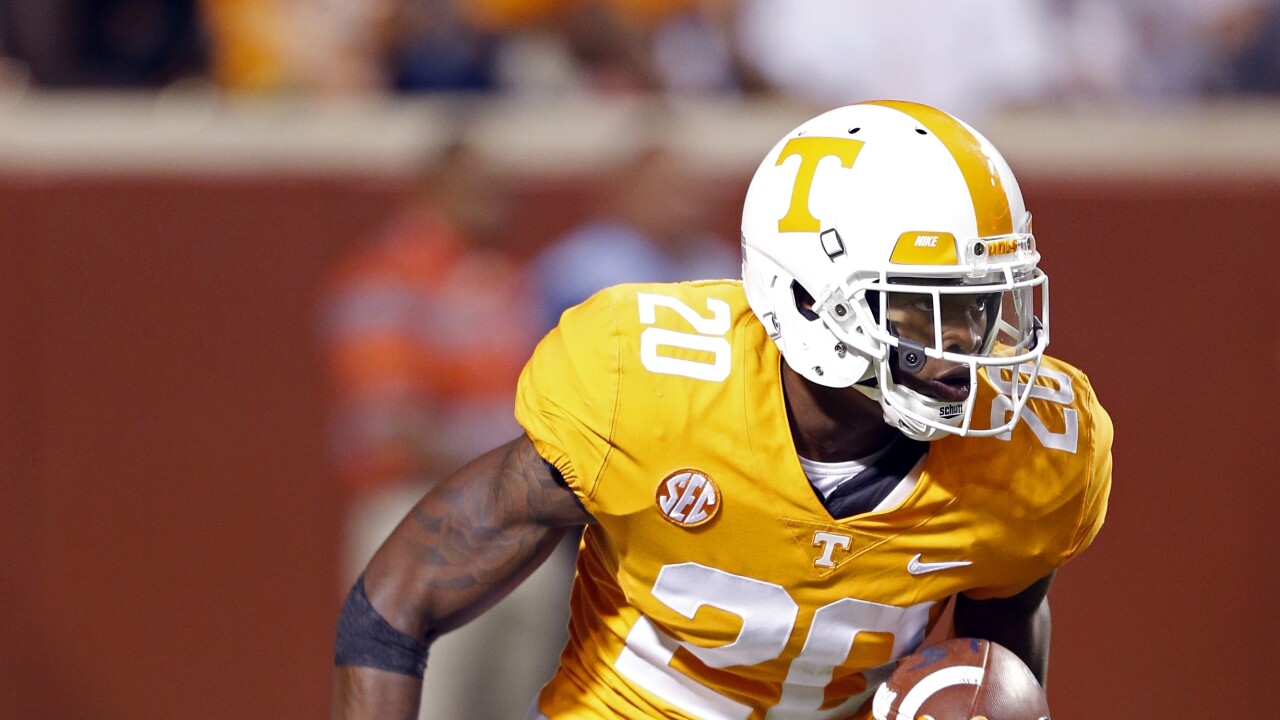 Wade Payne/AP
Tennessee defensive back Bryce Thompson (20) returns a kick in the second half of an NCAA college football game against Florida Saturday, Sept. 22, 2018, in Knoxville, Tenn. (AP Photo/Wade Payne)

KNOXVILLE, Tenn. (AP) — Tennessee cornerback Bryce Thompson has been arrested on a domestic assault charge stemming from an argument with his girlfriend.

A woman told police the argument began Saturday night after she found another woman's fake eyelashes in Thompson's room. Thompson and the woman said they had been dating for four years.

A witness told police he heard Thompson threatening to slap a woman and yelling that he would "shoot up the school."

Police say Thompson acknowledged arguing with the woman but denied making physical contact with her or issuing any threats.

Tennessee issued a statement saying "we are aware of the situation and waiting for additional information while the appropriate processes take place."

Copyright 2019 The Associated Press. All rights reserved. This material may not be published, broadcast, rewritten or redistributed.